Clonliffe Harriers Efrem Gidey today did what only a couple of athletes have done in the past retaining the All-Ireland schools senior cross-country title. At Clongowes Wood in Clane, County Kildare Efrem was a runaway winner of the senior boys race over 6000m taking the title in joyous fashion as he was so far clear of the field over the final lap that he basically spent the final 800m high fiving the excited young crowd cheering him on.

Efrem had won the title last year over an exceptionally hilly and difficult course in the mud at Waterford IT.  Today could not have been more different in the majestic surroundings of Clongowes Wood College over a flat grassy surface. After taking the field around the first small lap in a fairly pedestrian pace Efrem stretch his legs and literary run away from the field full to come home the most comfortable winner of the schools in years. In retaining his title today he joins a select group of athletes that includes Mark Carroll one of Ireland’s best ever international athletes.

On the team front Ben Guiden in 20th place and Daniel Stone in 22nd anchored the Belvedere senior boys team to an historic senior silver the  highest ever  finish  at the All Ireland schools for the school . There are fine runs also in that senior boys race from Aaron Cullen in particular an excellent 11th position as he steadily makes progress and today represented a huge step forward after an injury blighted early season. A fine run also from Stephen Cashin in 25th position.

In the inter girls race Sarah Bateson had a good outing over the 3500 course improving her position from the 2018 All-Ireland finishing 32nd and gaining vital experience. Tess Loftus was the Clonliffe representative in the senior girls race over 2500m and again put in a commendable performance to place 61st.

There was a quality run indeed from Evans Foster in the boys inter race to a most impressive 14thh position closely by Callum Simpson in 22nd  Callum  unfortunately picked up an injury two weeks ago which has restricted his training over the last fortnight, Callum however has had a stellar season and battled on gamely today. With Dermott Buckley 25th, John Lawrence 46th, Alex Nuroth 66th scoring well the St Aidans`boys picked up a set of precious All Ireland bronze metals.

Finally the junior boys where Sean Boyne was the top club member in 22nd with Cillian Keegan 44th. 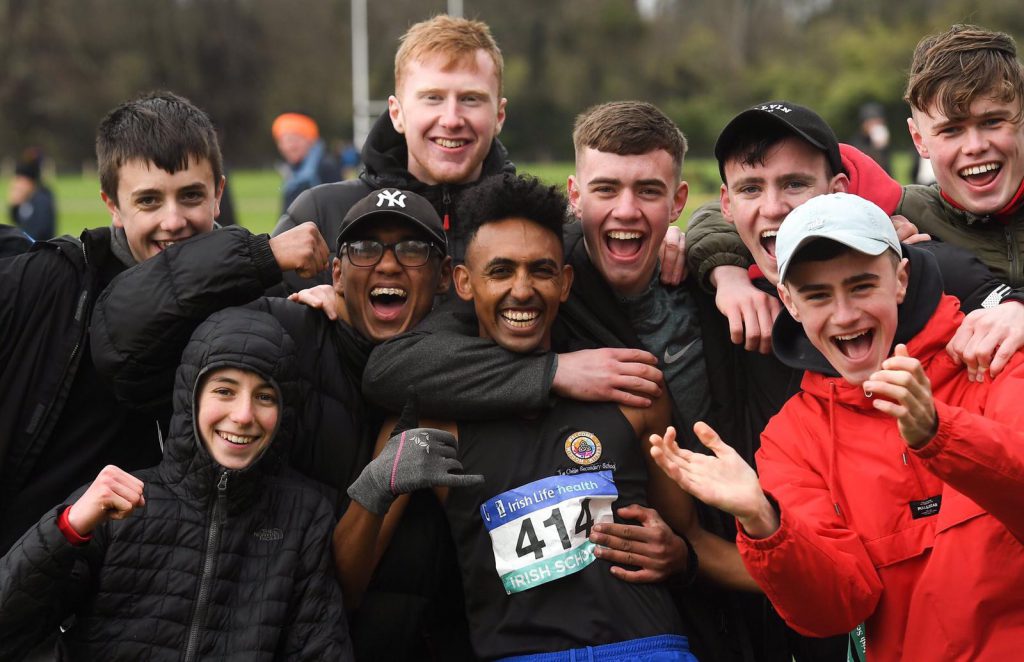 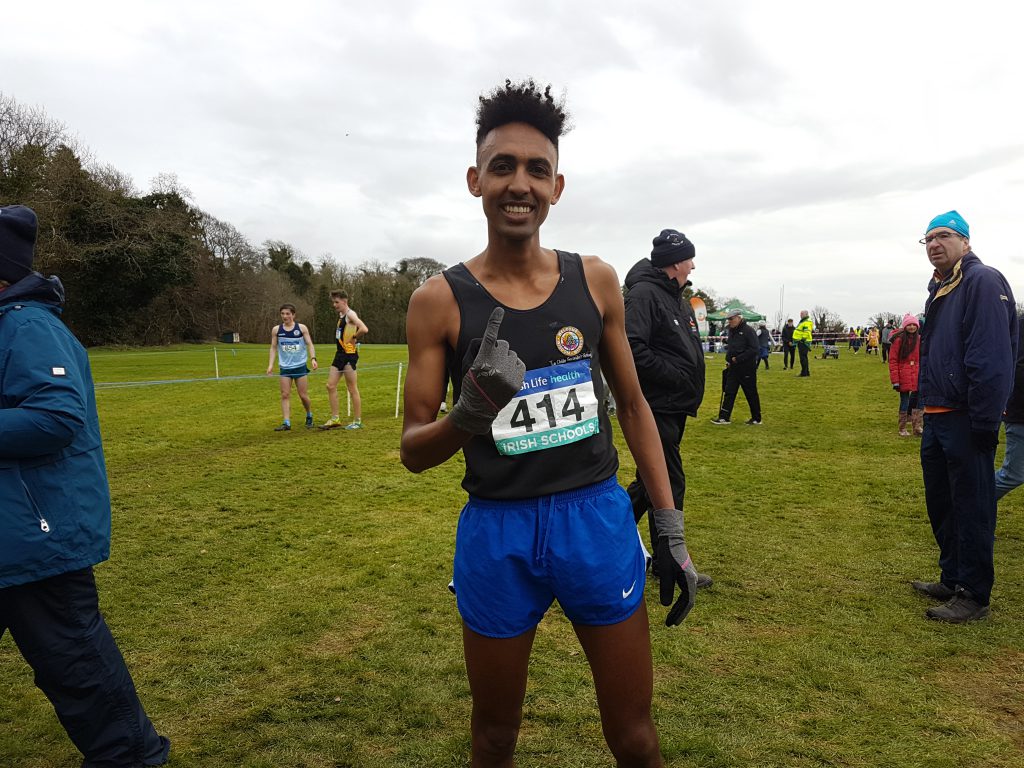 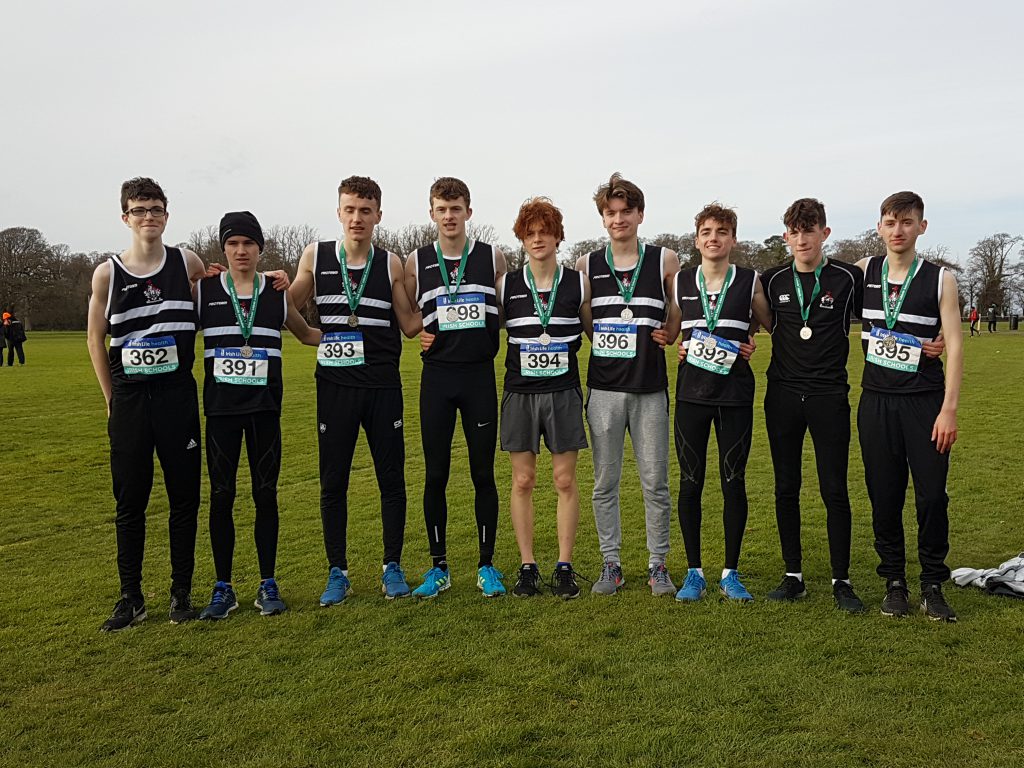 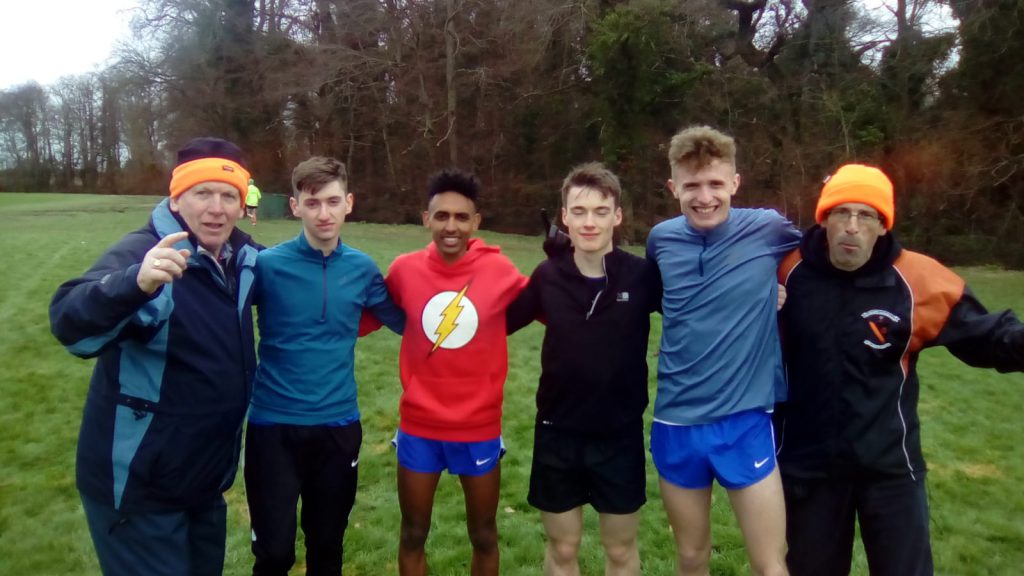 Well done to each and every one of the club’s athletes today. Great efforts all round after a long season.

Next up for the crew is the schools track and field season which for those in the West Leinster section starts in about 4 weeks time!

In the meantime Clonliffe will host the SIAB International Cross Country in Santry Demesne on March 23rd and yes help is needed! (Contact Noel Guiden 087959988 if available)