After regional and then provincial qualfiers the cream of Irish school`s athletes took to the country for the last time this season for the Aviva All Ireland Schools Cross Country held in wet, muddy and windy University of Ulster, Jordanstown, just outside of Belfast this afternoon. Held in non stop cold drizzle the firm underfoot conditions very soon turned to heavy sticky mud making for a very testing afternoon. The Clonliffe lads taking part today were all (save Aaron Hanlon) in the famous red and white singlets of St. Aidans and did themselves, their school and club proud. 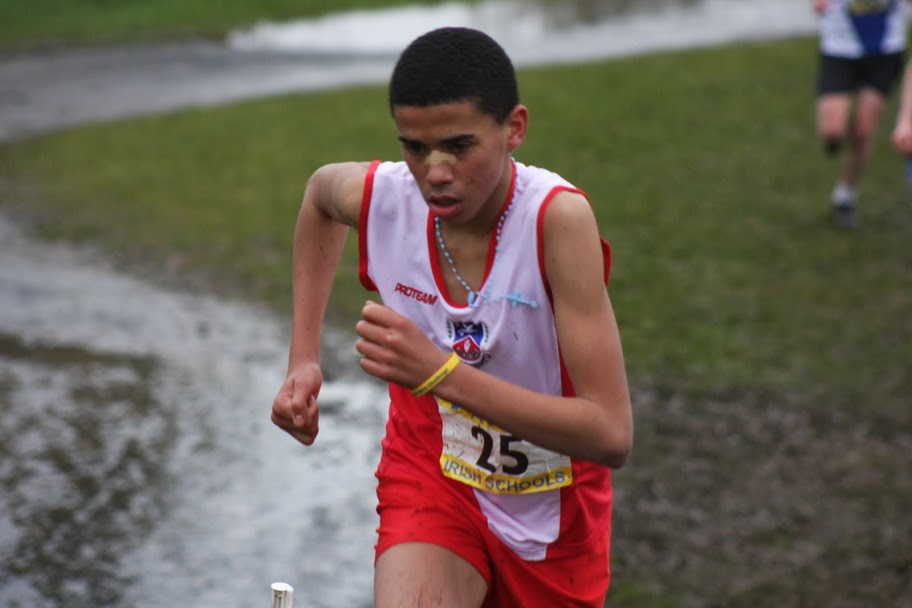 In the Junior boys race Sean Carrigg ran an extreamly mature race, keeping his head in the frantic start to settle into a top 15 position which he improved to eventually finish an excellent 12th, his best run to date at this level. Kevin McKenna also had a fine run a very solid 33rd, likewise Joseph Hession ran strongly to place 42nd, Sean Merrigan placed 80th getting back to good form and Greg Hosseny 87th. These five along with the rest of the crew of Darren Redmond (30th), Adam Keogh (58th) and Eric Whelan (78th) took super team bronze for the Whitehall outfit.

The Inter boys race proved eventful to say the least. Adam O`Brien started like a train at the front of proceedings but paid the price over the second half of the race. Cathal Doyle had not one, but two falls, on his first he collected tape and a plastic stake which ripped through his singlet and then on the 50m run in he went down again skinning his arm and leg but still placed an excellent 12th. Adam O`Brien rallied on the final lap to retake several places and finished 24th, running the race of his life Brian Flanigan was 39th, David O`Hanlon, another man to hit the deck was 67th, Ross Kearney was 78th and with Cathal Doran 33rd and Garrett Byrne 90th another team bronze was bagged. 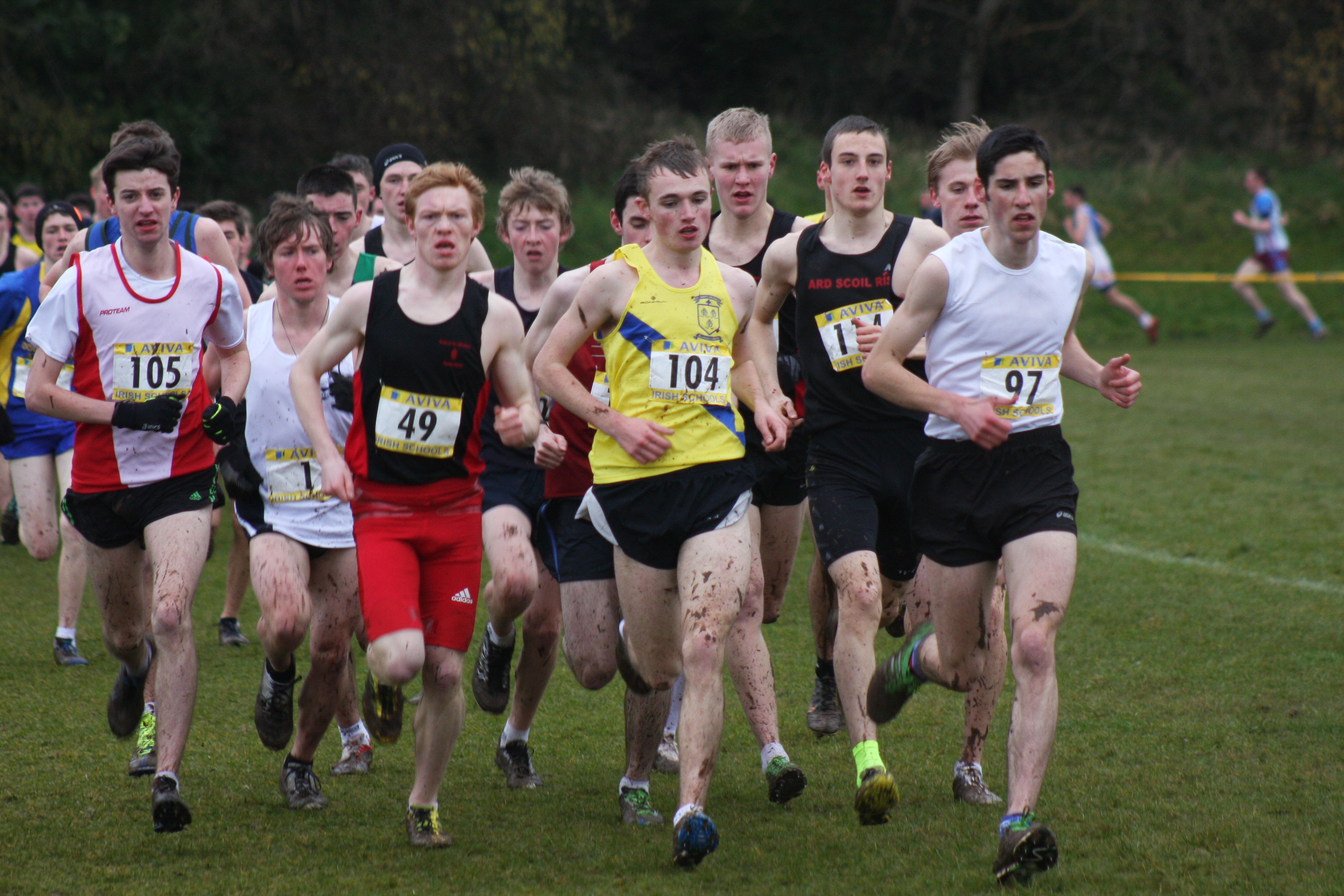 The senior boys race featured training partners Aaron Hanlon (St. Marys) and Ian Guiden (St. Aidans). Pretty good runs from the lads Aaron getting himself in the lead pack from the gun, Ian having to work hard to get there after a terrible start left him around 40th after the small lap. By half way both were in a six man brake away. National Junior champion Sean Tobin (Clonmel) justified his favouite tag by driving on at this stage to win. Ian was 4th at this stage but lost a place on the run in to place 5th with Aaron placing 6th. Both Clonliffe men finishing pretty disappointed at the end, but pleased no doubt to see the back of a long long cross country season (October to March, surely a rethink is due).

Also on the card in Jordanstown was the Irish Universities Championships. In the women`s race Becky Woods was back on the country to finish a strong 4th full of running and lead Trinity to a fine title. Roisin Leahy, in her first Versities, placed around 20th. Finally Mark McDonald (DCU) placed circa 18th in the mens race.