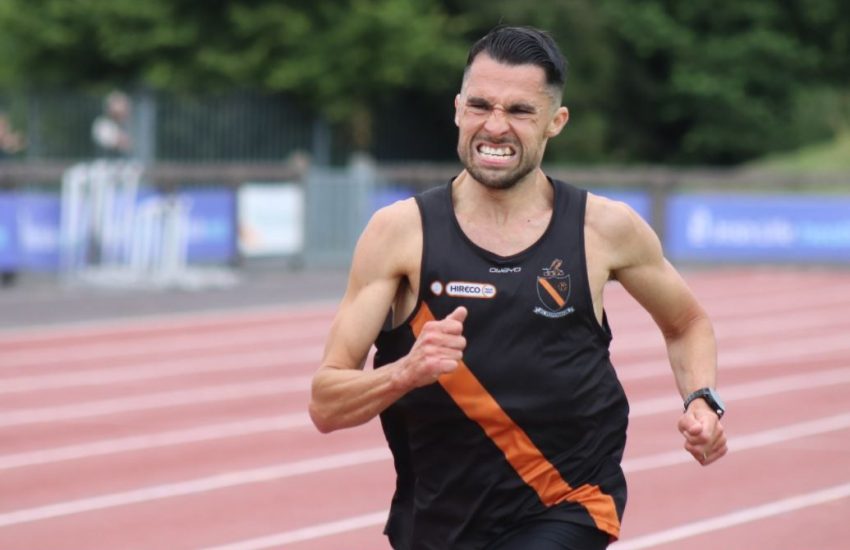 A busy enough weekend for Clonliffe Harriers on the racing front. We start of the weekend roundup in Berlin this (Sunday) morning where Karl Nolan finished 68th in a time of 2.30.02 having gone through halfway and 73.50. Karl will no doubt be slightly disappointed. Also at the Berlin Marathon Stephen Tracey went sub 3 clocking 2.57.23. Shane Caffrey 3.15.33 and Killian Lonergan did a “Buddy Marathon” of 3.28.40. Very much closer to home the inter-varsity cross country championships took place at St Claire’s in Glasnevin this afternoon with Clonliffe interest in the men’s 8K race. First of the Harriers home was Stephen Cashin (TCD), Stephen ran a strong race to finish 13th, three places further back was Ben Guiden in 16th and third scorer for bronze medalists DCU . James Murphy had a good second half of the race finishing 41st for TCD. Sergiu Ciobanu was 3rd in the Charleville Half Marathon in Co. Cork in 67.41.

On Saturday at the Mullingar half marathon John Donlon was 18th in 80.22, 24th was David Mullen 82.03 and 28th Matt McGuinness 82.59. Also yesterday in England Liam Roarty recorded his maiden win as he took the North East Harrier league race, Gateshead in the colours of Morpeth Harriers in a time of 32.57 for the just shy of 10 K race distance.