Well it had to happen sometime. After a streak of perfect weather on Morton Games night for eight years in succession it came to an end last night in Morton Stadium as strong winds and then an absolute deluge soaked athletes officials and spectators. The conditions unfortunately dictated against the planned fast times but athletes are competitors and all put on an outstanding display of bravery, guts and commitment producing superb competition and close racing all night.

Highlights included a second Morton Mile win from Robert Dominic (USA) in a time of 3.58.90, despite the conditions five athletes manage the magical sub- four. (Clonliffe had two worthy competitors in the Morton Mile: Cathal Doyle 10th 4.02.65 and Eoin Pierce 13th 4.05.40) A truly magnificent win in the Albie Thomas 5000 from Aussie Pat Tiernan who took tumble, including a somersault, after 600 but still managed a 13.28.41 win, magnificent in the conditions. Indeed the conditions for the 5000 were the worst of the night. There was also a very classy women’s 1500 producing a superb race won by last year’s runner-up Elinor Perrier in a time of 4.08.59.

In the sprint events and intriguing men’s 100 which brought 19 athletes to the start line whittled post heats to 10 athletes and then at 8.0 5 PM a superb win by Cordero Gray (USA) in a time of 10.44, again an incredible time into a strong headwind. Second-place was Demek Kemp (USA) with Gavin Smellie (CAN) completing the podium. Phil Healy gave the packed home straight stand something to cheer about as she came off the bend in first place and battled all the way to the finish line just being overhauled by Kiara Parker (USA), Parker winning in 23.94, , again very impressive in the conditions from Healy’s 24.02.

The men’s 400 so local favourite Brian Gregan in his comeback race, unfortunately Gregan’s hamstring played up and he only lasted about 150 m. Obi Igbokwe (USA) was a worthy winner recording a time of 45.95, quite extraordinary in all the circumstances.

The women’s 800 brought the prospect of a Ciara Mageean win and the possibility of a fast time, the pacemaker did an excellent job but the strong headwind put paid to any such notions. Coming off the final bend with Mageean well in contention with anyone of 5 to choose from, in the end it was the fast finishing tall figure of Canada’s Lindsey Butterworth who was strongest down the straight winning in a time of 2.01.33, Olivia Baker (USA) was second with another Canadian Jenna Westaway third. Ireland’s Katie Kirk despite the conditions recorded a season’s best of 2.03.46. The men’s 800 saw Mark English run out of it with 200 to go and although it looked like it was going to be Harun Abda’s day the American was overhauled by fellow American and winner in Cork Isiah Harris, 1.48.20.

The field eventers suffered more than most in the conditions despite this there was an excellent high jump competition down at ‘high jump Hill’one by the second Australian winner of the night Eleanor Patterson (1.89) from Ireland’s Sommer Lecky (1.83) and Amina Smith (USA) 1.83. Lars Timmerman-jetten (NED) through 75.94 in the javelin to retain his Morton title with our two Japanese visitors, Ayumo Ishiyama (72.22) and Gen Naganuma (71.09) in second and third positions. Clonliffe men Stephen Rice was 6th (67.68) with Rory Gunning 7th 66.86 a PB.

An interesting mixed 4 x 400 relay, which is essentially a Netherlands versus Ireland match ended from the off as the Dutch team inexplicably started sans baton and although they finished the race were promptly DQ’d! The junior Miles which got action underway produced a win in the 20 x 20 junior women’s mile for Joanna Loftus (Moy Valley) and in the men’s by Aaron Cullen of the host club Clonliffe Harriers

In all despite the difficulties caused by the weather the event was an outstanding success with all races running precisely to timetable with the Morton mile itself on the stroke of 9 PM. Also it must be said with most of the meet under lights it added enormously to the atmosphere. Clonliffe would like to thank all of our sponsors and supporters, the spectators who braved the conditions and in particular the athletes who make Morton Games what is. We look forward to seeing you all in 2020. 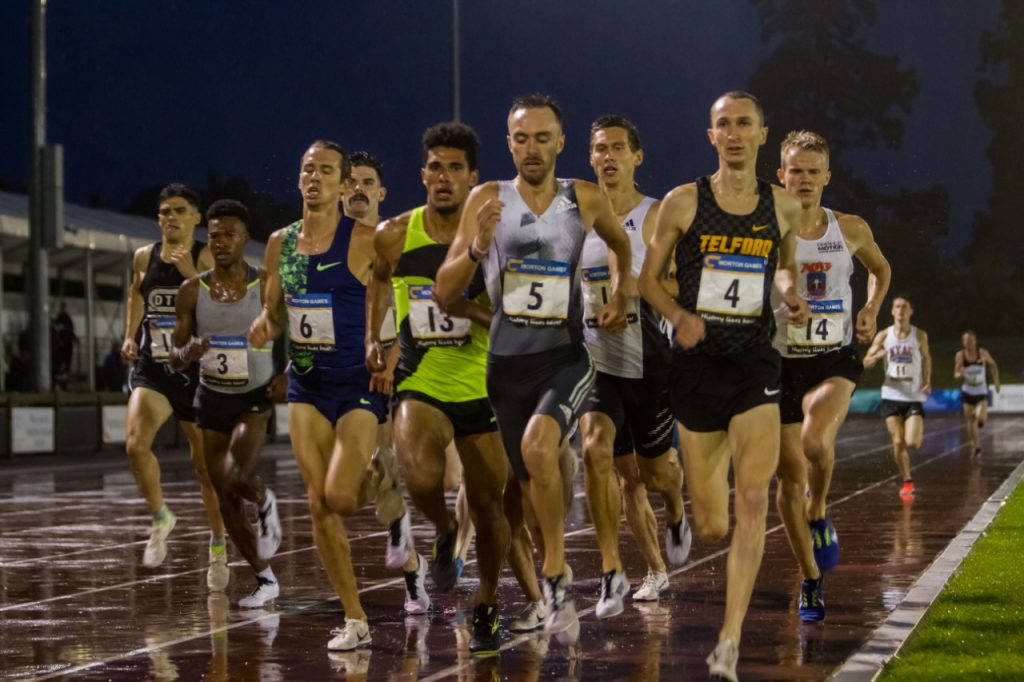 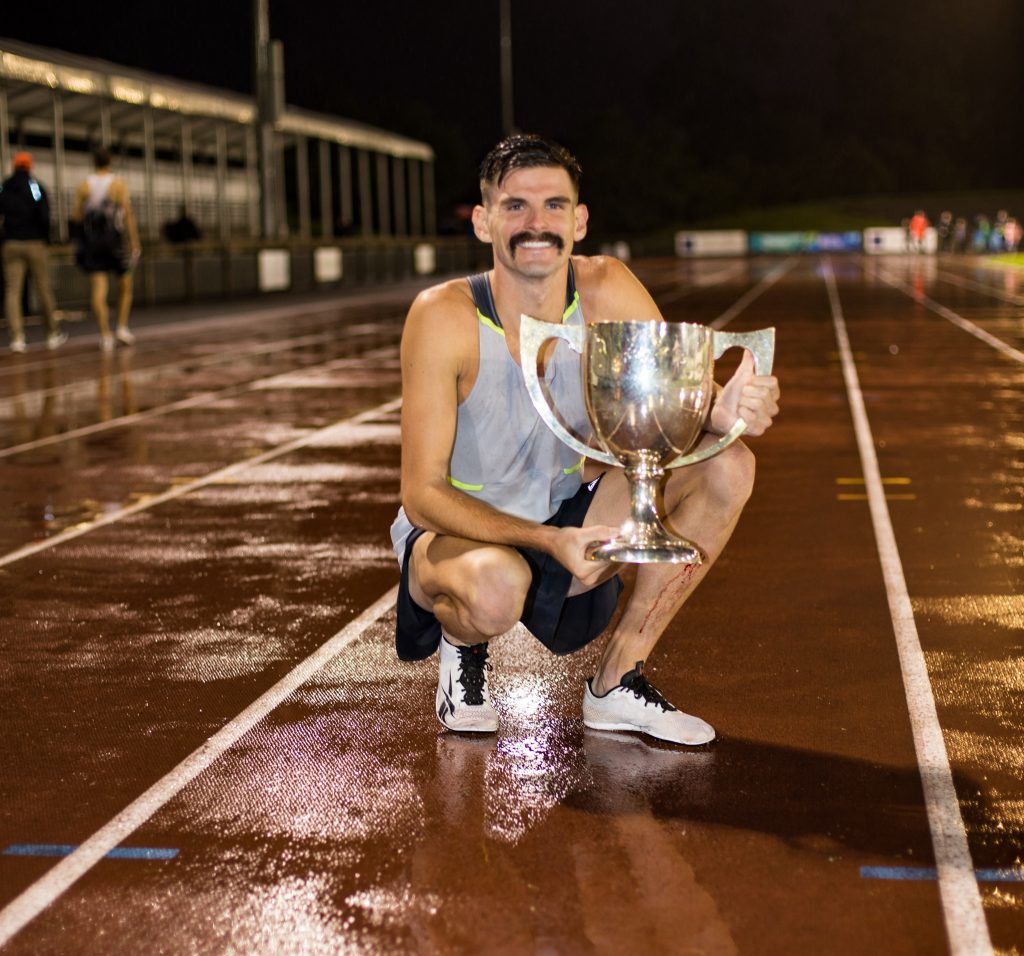