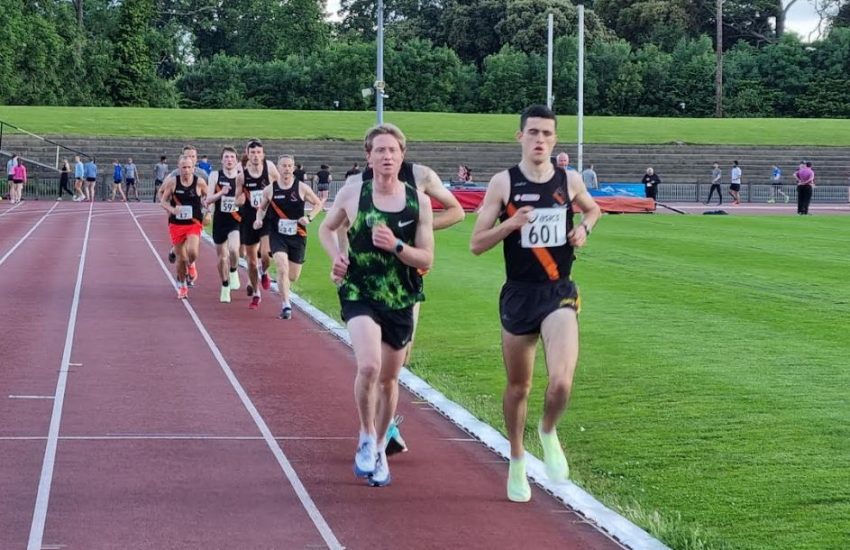 Mick Kearney reports: On a delightful June evening 35 athletes descended on Morton Stadium to participate in the most illustrious event in track athletics – the Mile.

The conditions were ideal, a temperature of 18 degrees and a light breeze.  There was a wonderful atmosphere and all the athletes were given plenty of vocal support. In the first race 11 runners competed. Niall Carbery led from the start running a creditable 4.42.10 followed closely by Sean Doran (4.55.25). Niall Sherlock was third in a time of 4.56.58.

The second race had 12 runners. There was a close battle for first place between Sean Murphy and George Brady. Sean shaded it in the end in a time of 5.20.54 and George clocking 5.22.59. Rachel McFadden was third in a time of 5.36.59.

In the final race of the night 12 athletes competed. Philip Matthews coasted to first placed in a time of 5.56.59. Orla Deighan was second in a time of 6.15.92 with Catherine Harvey in third clocking 6.19.03.

A big thank you to all the officials who officiated on the night.

The next event is the Pat O’Hara 3000m on Thursday 23 June 2022 kindly sponsored by Declan Hedrington. There will be followed by a prize giving for a number of previous races in the Club House.  Light refreshments will be served.