The phenomenal world marathon record set last Sunday by Eliud Kipchog of 2.01.39 would not have been possible without the involvement of former Clonliffe Harrier Josphat Boit. Boit was one of the team of pacemakers put in place for the record attack, however, at 15km things were looking a little uncertain as two of the three pacemakers had gone leaving Boit as the sole pacemaker.  Undeterred, however, Boit stuck to the task taking Kipchog through 20 km in 57.56 and then to halfway in 61.06, a mere 6 seconds off the hoped for split.

All of ten years ago now Boit, who was a training partner of Alistair Cragg arrived in Dublin and joined Clonliffe Harriers. Throughout that summer of 2008 and indeed into 2009 he was the dominant athlete on the roads of Dublin winning road race after road race including notably the Dublin 10 mile in the Phoenix Park in 49.22.  An impressive time for ten miles in the best of venues but in Dublin’s hilly Phoenix Park was sheer class.

At the National senior track and field championships in 2008 he became the 3rd Clonliffe athlete to win the national 10,000 winning in Morton Stadium in 29.44.55.

Also that year at the Morton Memorial Meet (later to become the Morton Games) he won the 3 mile, as Clonliffe marked the 50th anniversary of the World Mile and Three Mile records set in Santry back in 1958. 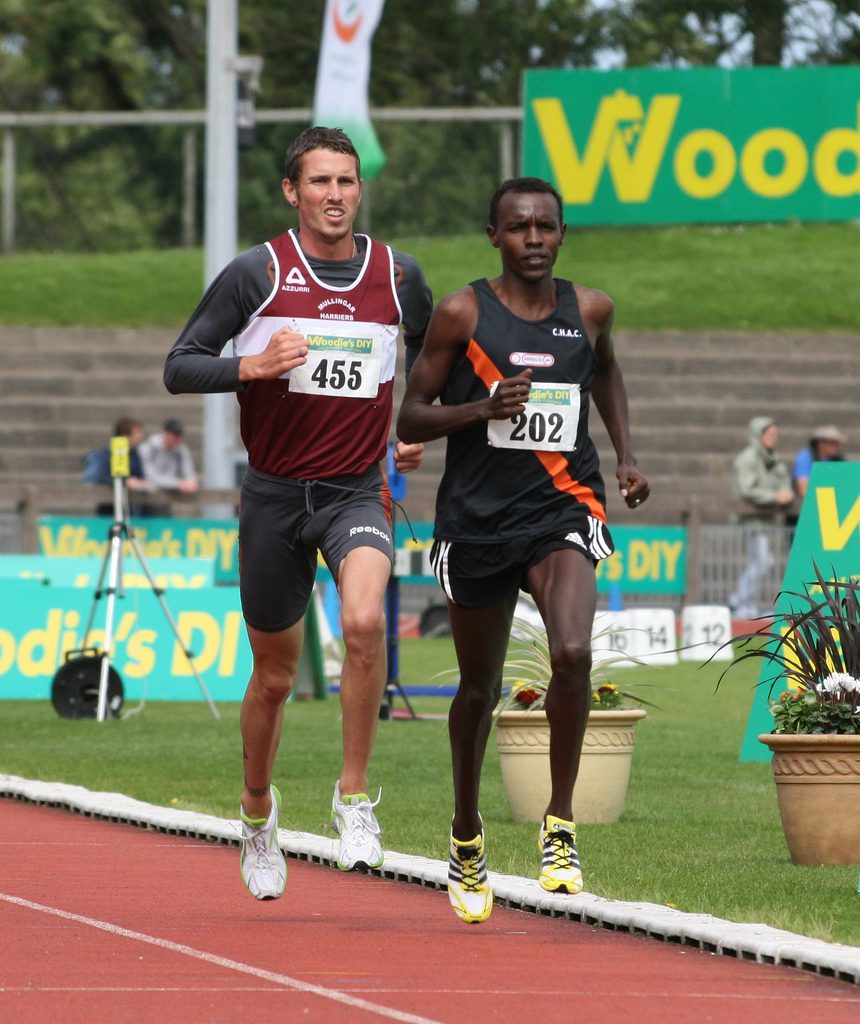