What better introduction to the Brother Schools XC than seeing:  https://youtu.be/O2yeHYN44Ho

Clonliffe Harriers began promoting a schools invitational cross country event in the late 1970`s. The first winners in 1978 were St. Malachys College, Belfast who went on to win for four successive years. These cross country events were very popular attracting big numbers from all over Ireland to Santry. The Clonliffe School`s Invitational continued until 1994 when the last race was held, there were problems with a venue as at this stage substancial development works began in what was then known as Santry Woods. This event was revised in 2009 and, thanks to the support Clonliffe Harriers received from event sponsors Brother, and from Fingal County Council, who oblige with the use of Santry Demesne Park, the event  has already become one of the top schools events on the athletics calendar. It is an invitational cross country event featuring races for 5th & 6th classes in primary schools and secondary schools minor, junior, inter and senior for both boys and girls. In its few short years since being revised it attracts huge numbers which continue to rise: in 2009 750 competed while 2016 attracted 2000 plus! There are awards for the winning individuals and awards for the winning schools in all races as well as, uniquely for a schools event, souvenir t-shirts for all participants. The best overall school is awarded the Lar Byrne Memorial Shield. The next Brother Race will take place on Wednesday October 5th 2022 (Covid issues having forced the 2020 & 2021 events to be cancelled). The 2022 Brother Races will be held at Trinity Sports Grounds, Santry Avenue. 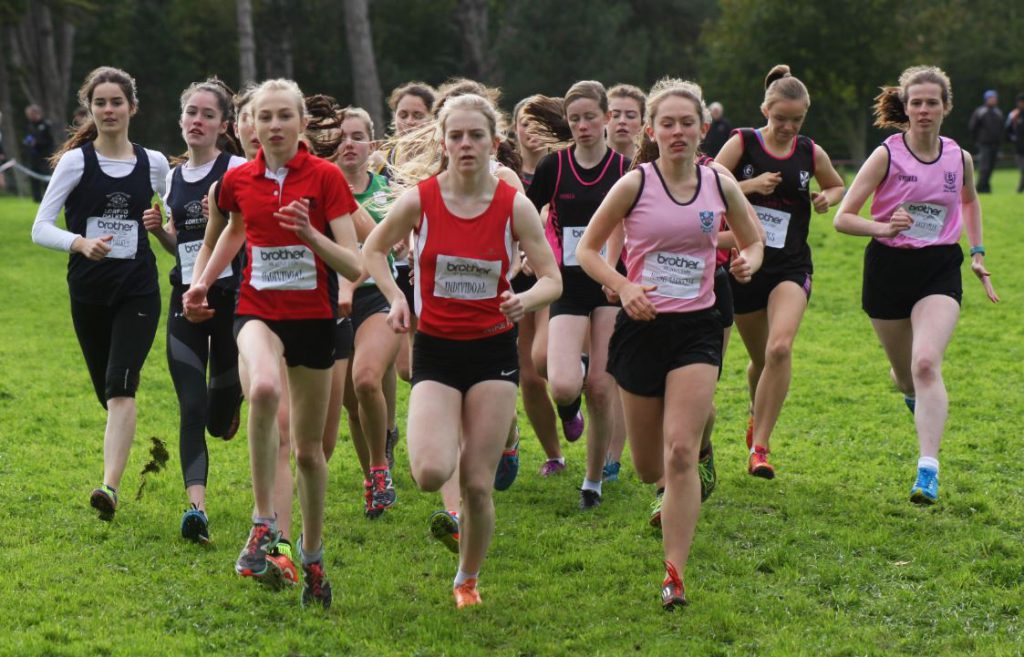 With thanks to Trinity College, the 2022 Brother Cross Country will take place at Trinity Sports Grounds, Santry Avenue.

The Brother at your side Clonliffe Schools Cross Country will take place on Wednesday the 5th of October 2022 with Primary schools at 12.00pm and secondary schools from 1.00pm.

This is an invitational event, schools who have previously supported the event will receive an invitation to take part. Clonliffe Harriers will be delighted to extend an invitation to your school and it is simply a matter of contacting the Race Director for an invitation. There is an entry fee charged per team. For Invitation or any questions on the event contact the race director Noel Guiden by e mail to clonliffeschoolsxc@gmail.com