From McNeese State University Brian Flanagan sends best wishes to Joe and squads ahead of Nationals: “Just wanted to wish you and all the lads (and girls) the best of luck in Abbotstown this coming Sunday. I’m sure the intention to retain both Junior and Senior National club titles is the same.

As for how things is going over here still pretty good, weather has cooled down a good bit and coach has me doing sessions for the first time now for the last two weeks. Had my first race last Friday and Saturday. Ran the 600m at a local meet clocking 1:31 and then less then 24hrs later toed the line for the 2000m, this time not as well clocking 6:07 still feeling the effects of the race the day before, neverthless progress is progress and coach was happy with my races plus its good pratice for heats and finals that I’ll have to face this year. It was about 30-31 degrees C on both days, that`s pretty cool here! Also had by first official (suprise) NCAA drug test last week, passing of course, no supirse there!

I’m on thanksgiving break at the moment and took a plane up to my cousins place in San Fransisco last Monday before jumping on another plane with them the next day up to central Oregon, where I’m spending Thanksgiving over 1000m above sea level (the struggle is real) with his Wife’s family who I met at their wedding last year. Since were 8 hrs behind you all, I’ll be up at 5am to watch the Junior races go off on Sunday!

Until then all the best, 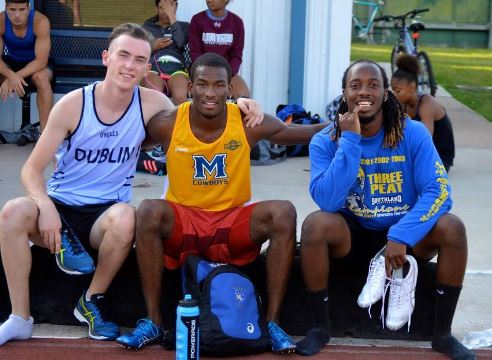