Liam Ashton reports: Overnight downpours and light drizzle made for what could only be described as sloppy under-foot conditions at this afternoon’s Brother At Your Side Schools Invitational was held in Santry Demesne. Despite the miserable weather, athletes turned out in their hundreds to compete. The season opener produced high quality races with the Clonliffe contingent featuring prominently.

Preceding the secondary schools competition was the Primary schools, introduced to this even a few years back with packed fields of almost 200 in each race. The girls got things underway over 1,000m with a fine win recorded by Corrine Kenny (Bunscoil Loreto) followed by St. Gerard`s Roisin Treacy and Katie Halpin.  In the team event  Mary Help of Christains took the honours with St. Fiachra`s 2nd and St. Vincent de Paul girls 3rd. The boys then torn down the start straight a great pack of young athletes thundering into the first bend. After the 1000 distance St. John Bosco`s Sean Donoghue lead the field home from St. Brigid`s pairing Jordan Mynes and David Murray. With at alomost perfect score: 2nd, 3rd, 4th and 5th St. Brigids ran out clear winners from St. John Bosco 2nd and St. Fiachra`s 3rd. 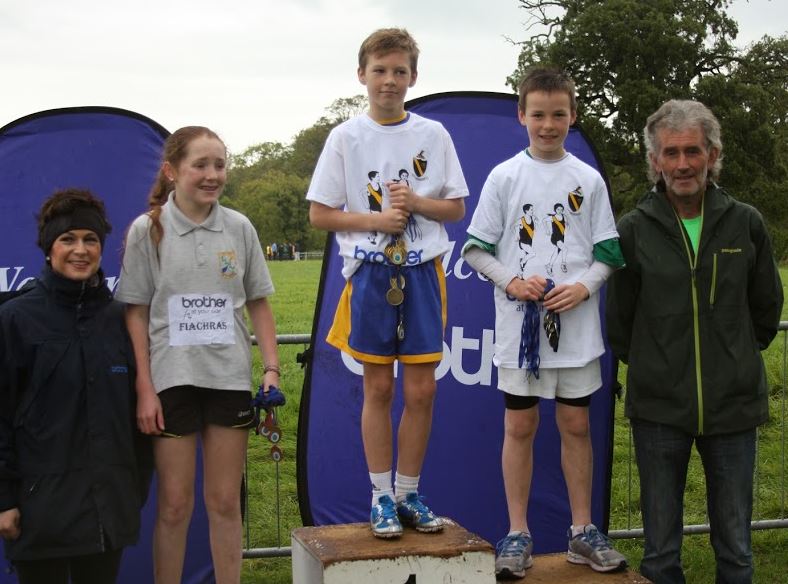 Action got underway shortly after 1pm with the minor girls. Ella May Cromie from Mount Temple took the win followed closely by Chloe Corcoran and Dearbhla O’Reilly from mount Sackville who led their team to gold with 31 points. St Dominics A and B secured silver and bronze with 52 and 58 points respectively. 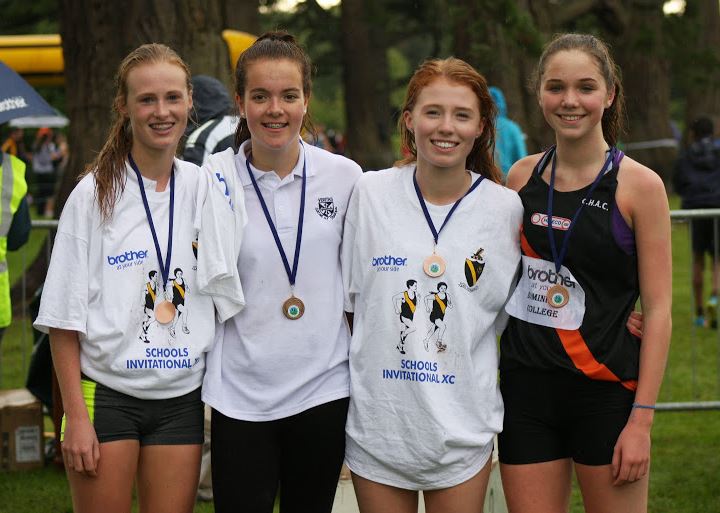 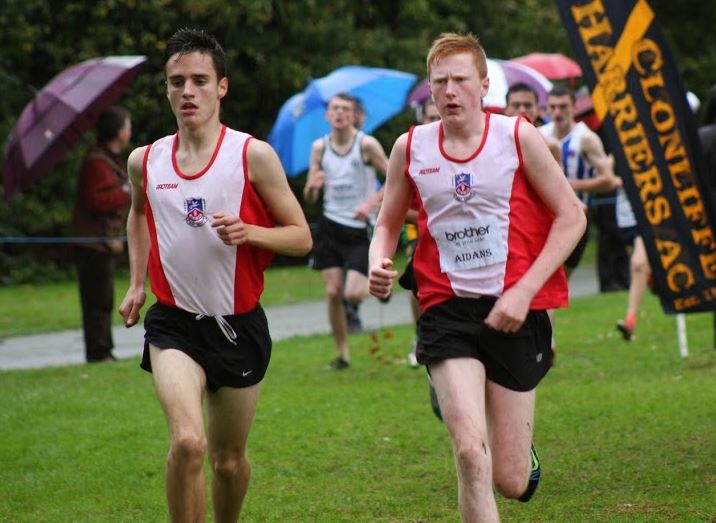 The inter boys race didn’t disappoint after the high quality running that preceded it. James Maguire from St. Benildus asked questions of team mates Christy Conlon and Eoin McCann from Rathmore when he broke away to an early lead. Conlon proved too strong in the latter stages of the race to take the win by some margin. Maguire was rewarded for his earlier efforts with a silver medal and McCann held on for bronze. Team honours went to St. Aidan’s on 32 points who packed 10 men inside the top 30. Rathmore claimed the silver medals on 62 with Blackrock bronze on 84.

With the departure of Siofra Cleirigh Buttner from schools athletics the senior girl’s race was for the first time in some year’s wide open. Alison Armstrong (Coolmine) took the race by the scruff of the neck winning by some 10 seconds from Cliona Murphy (St Dominics) and Isabelle Odlum (Rathdown). Dominics were team winners on an impressive 23 points, Colaiste Iosagain 2nd on 41 and High school 3rd on 72. 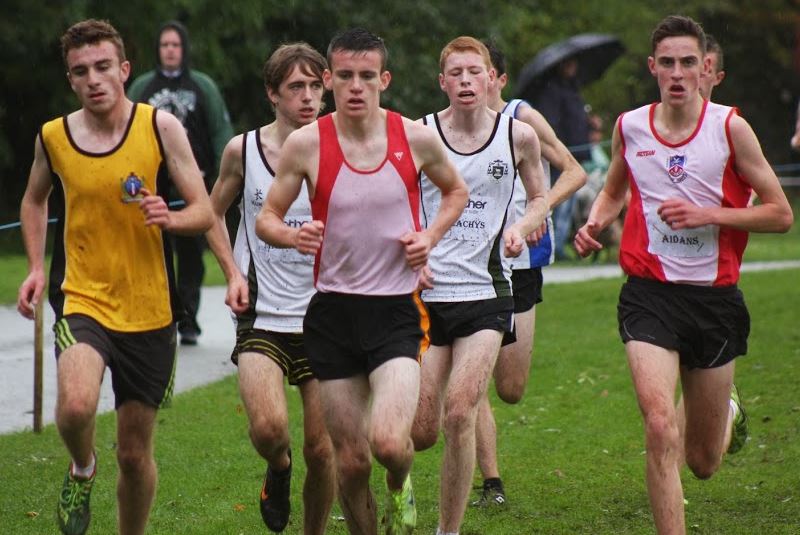 The highlight of the afternoon was undoubtedly the senior boy’s race. The cream immediately rose to the top with a group of 5 or so athletes surging straight to the front. Pierre Murchan (St Declan’s) led the field around Santry Demesne with Cathal Doyle and Adam O’Brien of St Aidan’s and Paddy Robb from St Malachy’s Belfast for company. Murchan made a break for home on the last lap, stretching his lead as he approached the garden wall. Doyle gave chase but had to settle for silver as Murchan proved too strong on the day. The battle for 3rd seemed to be going in favour of Adam O’Brien who unfortunately slipped on the second to last turn giving way for Paddy Robb to take bronze. Team honours went to St Aidan’s from Malachy’s which was decided on count back as both teams finished on 27 points, proving every place counts. Blackrock claimed bronze on 43 points.

Next on the schools calendar is the St Joseph’s Drogheda Schools Invitational in the coming weeks. Thanks to those who officiated on the day and saw to the organisation of the event. A big thank you to our sponsor Brother.