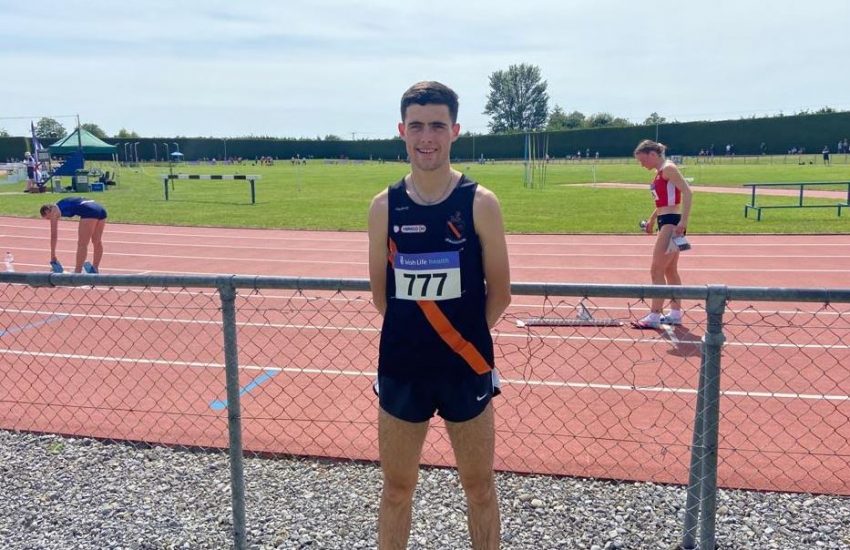 Stephen Bateson Reports: Highlight of the National U/20 and U/23 championships in a sweltering Tullamore was Niall Carbery’s victory in the U/20 3000 Steeplechase. In a combined U20/23 race he ran a tactical and astute race, keeping the main competitors in view before gaining a lead at the water jump with 3 laps to go, that he held to the end. He finished in a pb of 9:50:37. And 2nd in the race overall. That finishes a extremely successful season for Niall.

Cian Murray competed in the U/20 1500m, it what was a very stacked field. Cian has recently returned to training after completing the Leaving Cert and ran a pb of 4:29:57. This will give him some confidence as he looks to re-capture race pace in the next few weeks.