The Clonliffe Men’s team battled gamely in Tullamore at today’s National League final.   Having last year made it a hat-trick of wins in the premier division the team were not going to let the title and the prospect of a fourth successive title slip lightly from their grasp.  Thus a daylong battle ensued from the gun with Timmy Crowe taking to the track in the 110 hurdles to the conclusion of proceedings with the 4 x 400 relay at approximately 6 p.m.  In between the full range of track and field events and emotions to boot.

Despite the scoring system providing that it is a clubs 17 best events that counts towards the overall score a clear picture as to precisely how proceedings stood emerged from early such was the margin of victory.

Once again the field eventers proved to be particularly strong point scorers for Clonliffe with maximum points being scored by Niall Counihan in the triple jump, Keith Marks in the long jump, Stephen Rice in the javelin and Simon Galligan in the hammer.

In addition there were high scoring points achieved across the range of events and whilst it is always unfair to single out individuals considerable praise must go to athletes who took in more than one event in particular Timmy Crowe who took in the 110 hurdles and the 400 hurdles, multi-eventer Rolus Olusa who contributed greatly to the points total in the pole vault, discuss and 4 x 100 relay, Luke Mangan in the shot and 56lbs.

At the end of a long, tiring and satisfying day the Clonliffe team topped the standings on 127 points from Galway City Harriers on 98 to make it four national track and field titles in a row and now look forward to a further European adventure in May of 2019..

Credit of course must go to the athletes for putting in such a strong effort after what has been a very long and tiring season, to the club captain Joe Cooper and to the coaches. 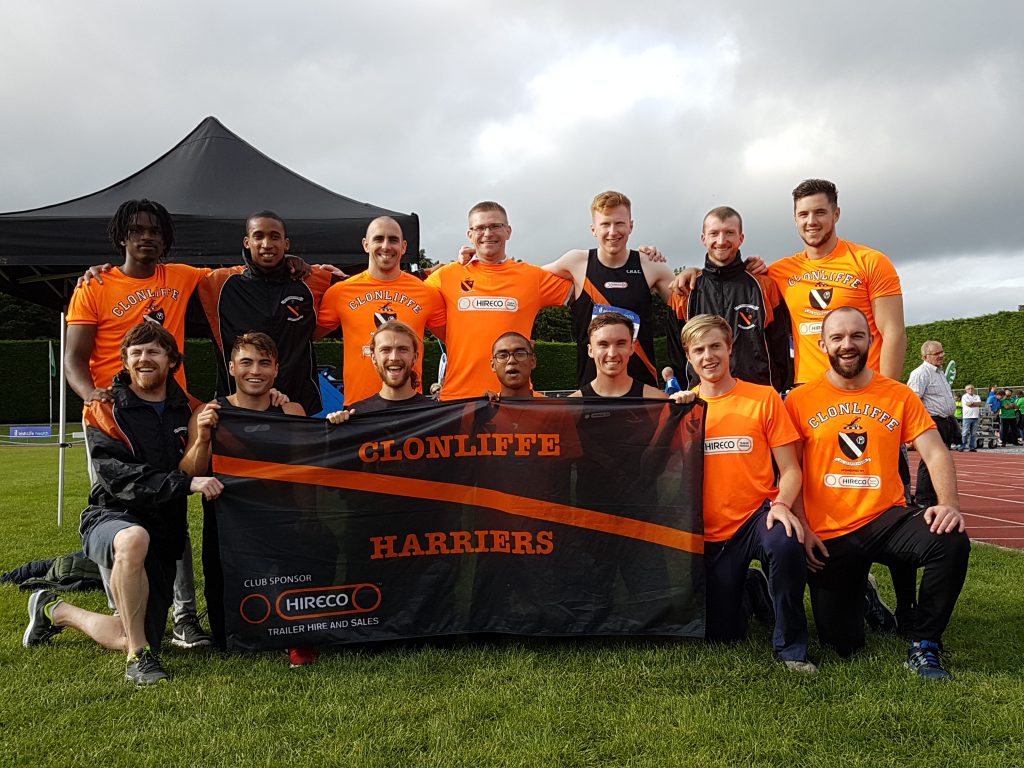