This Sunday is the highlight of the cross country season – the Nationals at the National Cross Country course in Abbottstown. This was an event which up to recent years has been dominated by the Clonliffe Senior men, however, the past few years our north side neighbours Raheny Shamrocks have turned the tables last year taking three in a row with Clonliffe finishing runner up.

It is also very pleasing that for the third successive cross country championship race this season that a full Clonliffe Women’s team will compete in a senior race led by Ailish Malone. The full women’s senior team is Ailish, Laura Tuite, Alannah Cooley, Maura Matthews, Clodagh Galvin and Emma Cooper.

In addition to the junior and senior Championships of course Sunday is the juvenile even ages with good Clonliffe teams entered. The boys and girls U/18 race is incorporated in the junior race and if an athlete is entered on both teams will score in both the U/18 and the junior championship.

The Clonliffe teams in the juvenile nationals are:

The very best of luck to all our teams on Sunday. Clonliffe club members are encouraged to attend Abbottstown on Sunday to support their club mates.  This is one of the biggest events of the year.  It is a very important event to the athletes and the club and I am sure all will be greatly encouraged and benefit from your support. Let’s get ready to rumble! 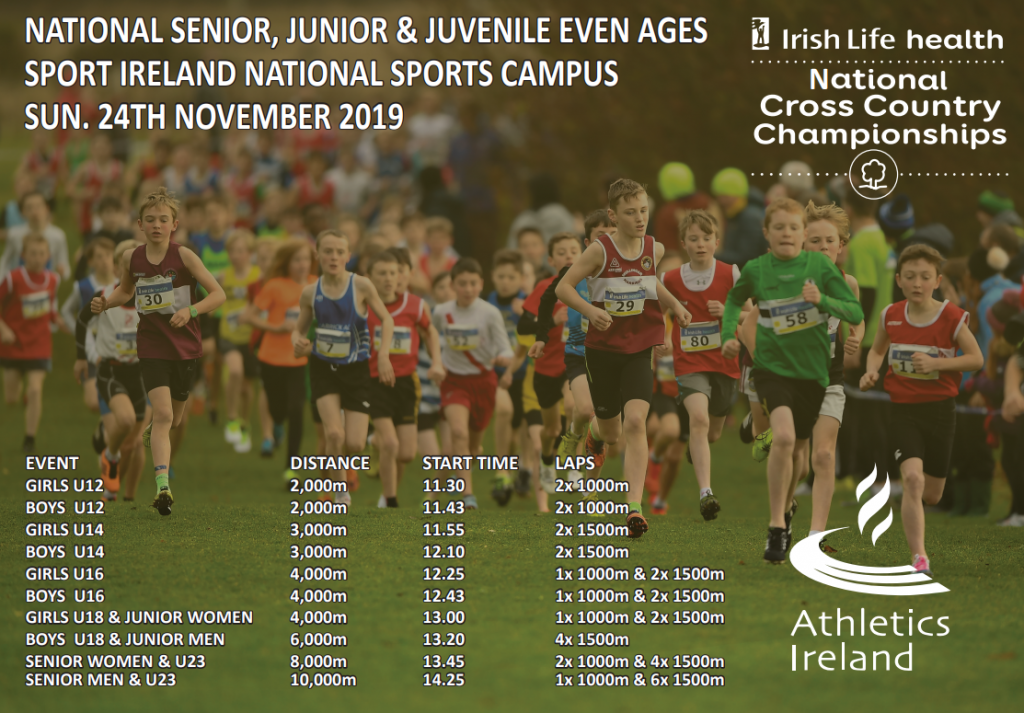