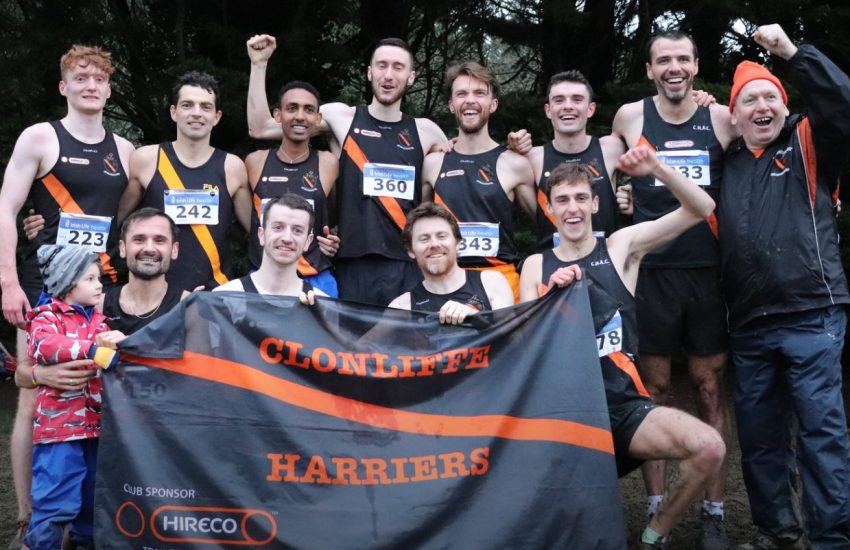 It is with incredible sadness that we announce that earlier on this morning our club captain Joe Cooper has passed away. As many of you will know Joe has been unwell for some time, to say that he battled bravely is an understatement. Joe has shown an incredible warrior spirit, he has been the living and breathing embodiment of the Clonliffe Harriers club motto ‘Nil Desperandum”. He has inspired and driven us forward for these past 18 years as our club captain, even over this past 12 months despite failing health he has been an almost permanent fixture if not physically then spiritually around Morton Stadium and of course on his beloved cross country course in Santry Demesne. Having given so much to us it was fitting that he has had the opportunity of spending the last few weeks in the comfort of his loving family at home in Shanliss Road where early this morning he slipped away quietly to that great cross country course in the sky.

Joe Cooper has made an enormous contribution to Clonliffe Harriers. When he initially joined the club it was after’s own career as a pretty fine athlete in the colours of Civil Service had come to an end, in Joe’s words he had: ‘gotten out at the top’, initially he was helping out his better half Gladys with the coaching of the club juvenile athletes, he then took over coaching the junior men and women, he then enjoyed a three-year stint from 2000 to 2002 as the Clonliffe women’s captain before taking on the task of filling the shoes of his predecessor and great friend Peter McDermott as the club captain in 2002.

Under Joe’s captaincy the club enjoyed extraordinary success, Joe had a particular gift for encouraging athletes to turn out time after time, when they might not necessarily have wanted to, to run for their club. The first major success followed in 2004 as Clonliffe captured the national senior cross-country championship, Joe led the team on then to total dominance with an unbelievable seven in a row being captured up to and including 2010. Since then five further nationals has been added bringing to 12 the number of nationals XC titles under the stewardship of Joe. Add into the mix then five men’s junior cross country wins and an incredible 10 national track and field league wins and all five national indoor track and field league championships held to date. At European level Joe has led the Clonliffe team to fantastic performances at both the European clubs cross country and track and field championships, the highlight of which was undoubtedly the 2017 bronze medal winning performance at the European T & F group B in Leira, Portugal.

Joe of course was never one to rest or allow anyone else to rest on their laurels and was always planning and looking ahead to the next event, as he used to say: ‘Rust never sleeps’. He always loved the club events which Clonliffe hosted and promoted, particular favourites of course include the Morton Games where he filled several tasks, he was one of the organising committee, he will be involved in the setup and breakup and he acted as marksman on the night of the event, , the Brother schools cross country where he would be out as part of the course building team, looking to stoke up a row with either Sean Callan or Foggo – all of course in good Clonliffe slagging fun! He particularly loved when the club hosted the National’s at HQ in Santry particularly when it was a successful day for the black and amber.

Joe you have been an inspiration to us all, our lives are the richer for having known you as our club mate, mentor and friend. We promise to honour your memory by all giving our best to Clonliffe in the weeks, months and years to come: “Come on the Harriers’

As a mark of respect our club training tomorrow is cancelled. We will post the funeral arrangements for Joe later.