Well we knew Abbottstown would be a crowd puller for the Dublin Juvenile Indoors! For the first time a true indoor championships in Dublin, the memory of shivering athletes in starting blocks as the snow fell is now in the distant past as the National Indoor Arena was revealed to many for the first time. Simply fantastic!

Day 1 Friday night was the relays drawing an unbelievable 220 plus teams to take part in the night`s events. There were Clonliffe teams taking part, putting the batten work of recent weeks to good use, and all put in a great nights work in a great atmosphere, with several teams battling through the early rounds to make finals. All can be proud of the efforts and commitment shown. Dublin championship medals were taken back to Santry by the U/12 girls, 2nd, the U/14 girls 3rd and U/14 boys 3rd. U/15 girls took silver, with the 2nd team also making the final and placing 6th. 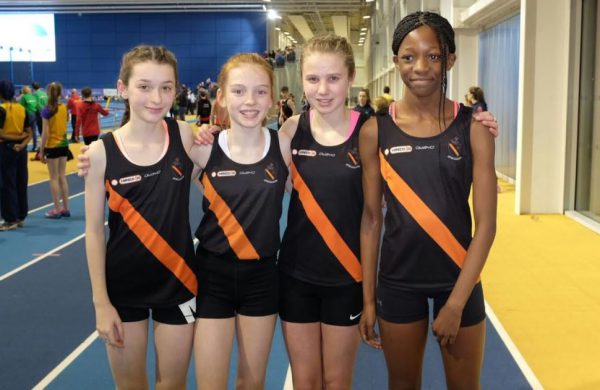 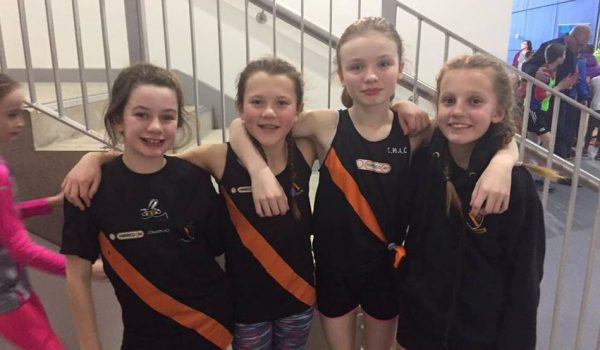 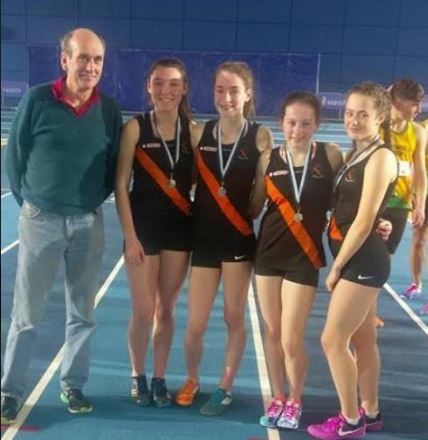 On Saturday the middle distance squad were out in force for the 1500s. In this after some drama Abbie Sheehy fought gamely in the girls U/16 placing 5th after being well in contention over the early laps . Daragh Carter was excellent in the boys U/16 to finish 2nd and as always the battler supreme Dermot Buckley was superb to take bronze in 3rd place. the boys U/17 had a great black and amber presence with four athletes taking to the track, after a very fast opening lap things settled and at the finish Cian Bolger had silver around his neck, Ben Guiden in 4th grabbed a place in the Nationals, Aaron Cullen wasn`t far off him in 5th and Thomas Baltzar was 9th. Cliona Cooley ran very well over her 1500, just loosing a bit of ground 2 laps from home, but took bronze. Finally Stephen Cashin after a blistering open lap settled well and put in a solid run in 6th place U/18. 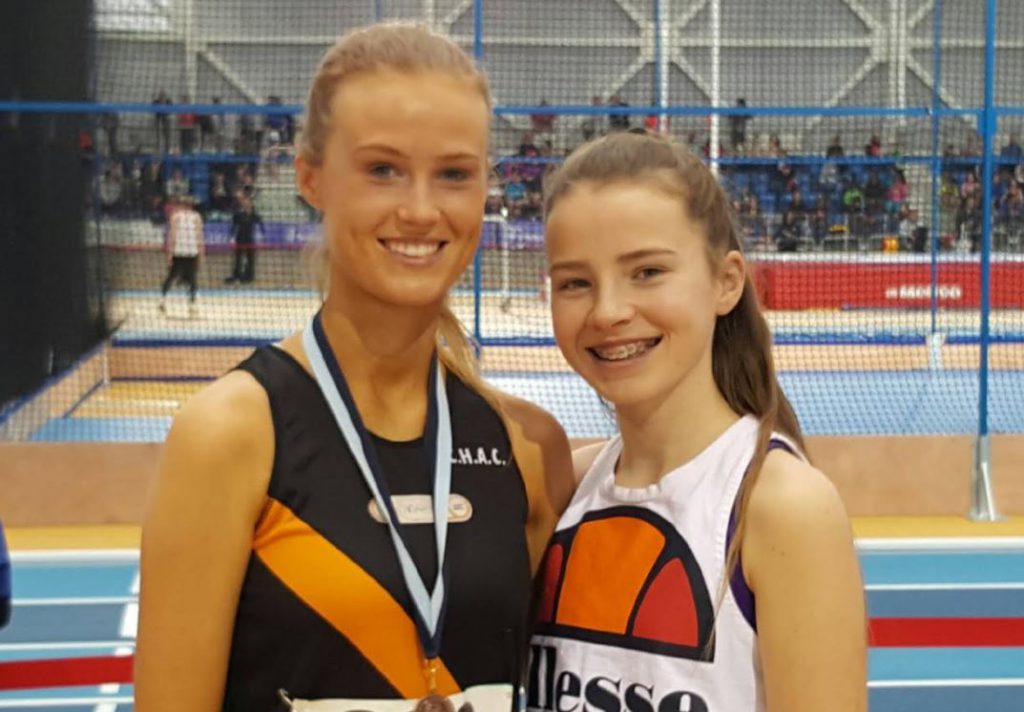 After a long day the sprinters got through several rounds to get to their finals. Pride of place went to Rebecca Fitzsimons who won the U/17 girls 60m in 7.8, (this result was subsequently reversed on further consideration of the photo finish). Sally Somula took silver in the girls U/14 60, Holly Roche got through to the final of the /15 60 where she place 5th. In the U/19 boys 60m, Camil Gorka finished in that unlucky 4th position, but goes through to the Nationals. 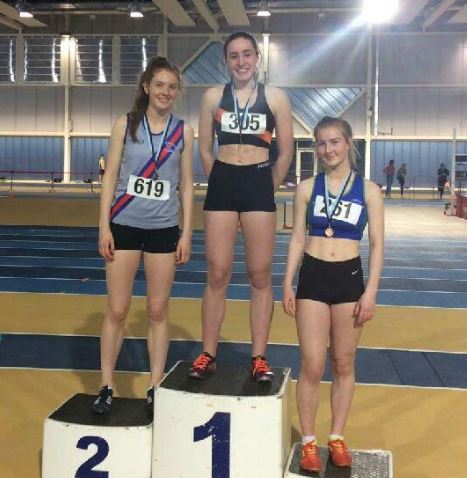 Day 3 Sunday the 12th and more excellent runs from the Clonliffe crew.  The 800s brought great success, Ella Brown running an excellent positive race was rewarded with silver in the U/16 girls. Likewise positive running paid off in spades for Hannah Browne in the U/18 race with her front running bagging gold as she successfully defended her Dublin title. A great run also by Cian Bolger in the U/17 race from the gun saw him control the race and then tuck into 2nd place until just before the bell when he blasted to the front to take a superb win.

Rebecca Fitzsimons put any disappointment she may have felt to one side and was simply brilliant in the U/17 200 final taking a clear win (no need for the photo finish on this occasion!) with club mates Rapha Diamond-Ebbs 3rd and Jessica a fraction behind in 4th. Running his first race was Ciaran Gartland and what a debut 3rd in the U/18 200.

Young Clonliffe shot putter Jonas Norvaisas was a class apart in the U/14 shot winning the Dublin title yet again by a distance of nearly 4m over 2nd! 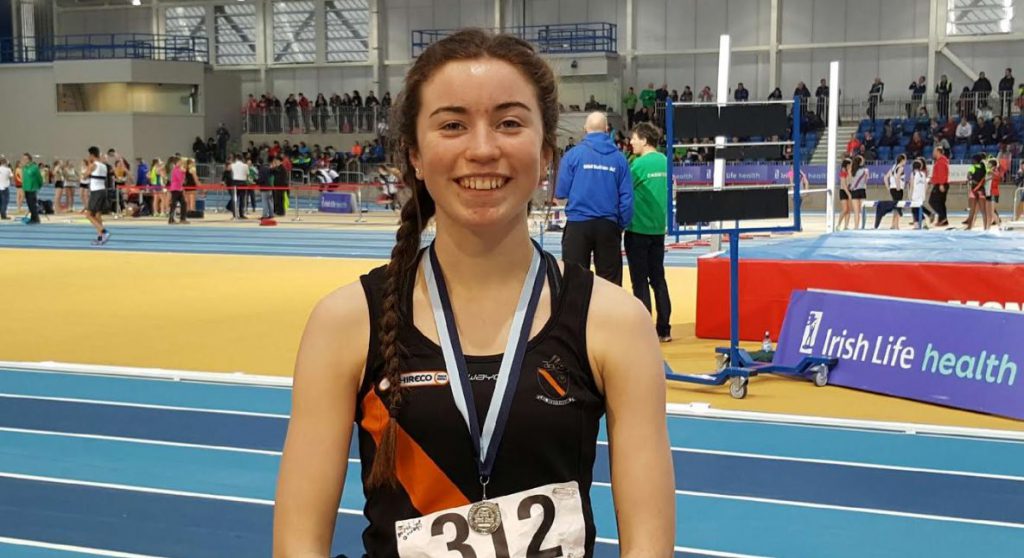 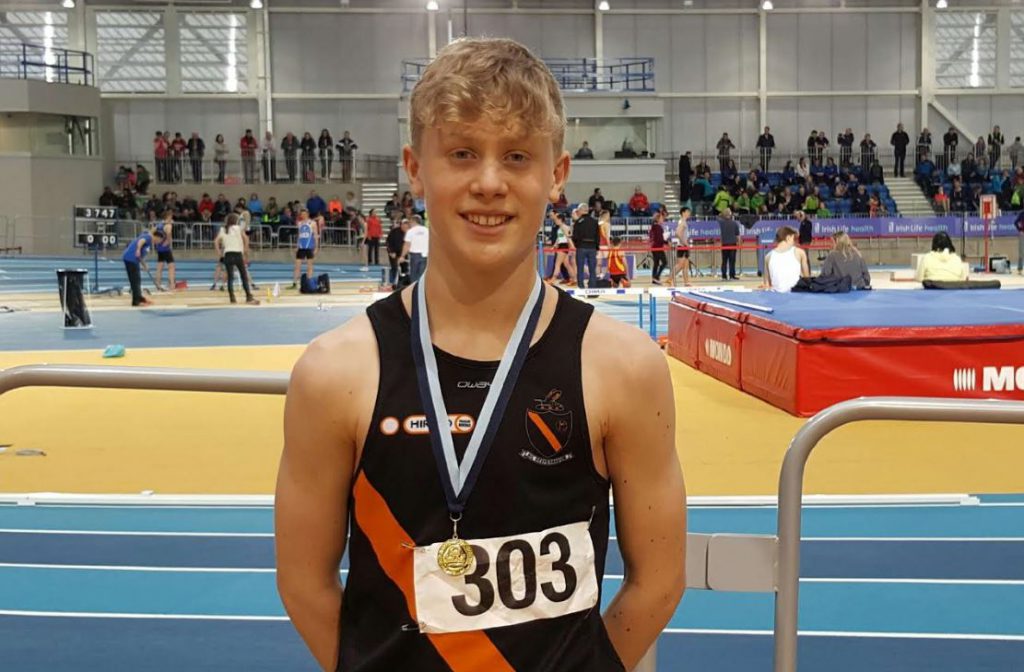 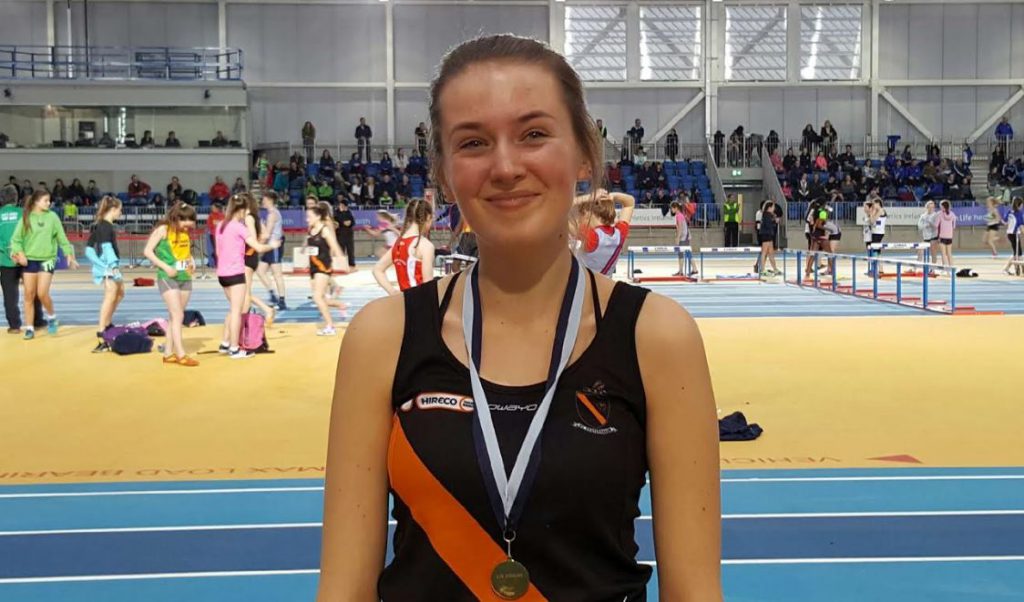 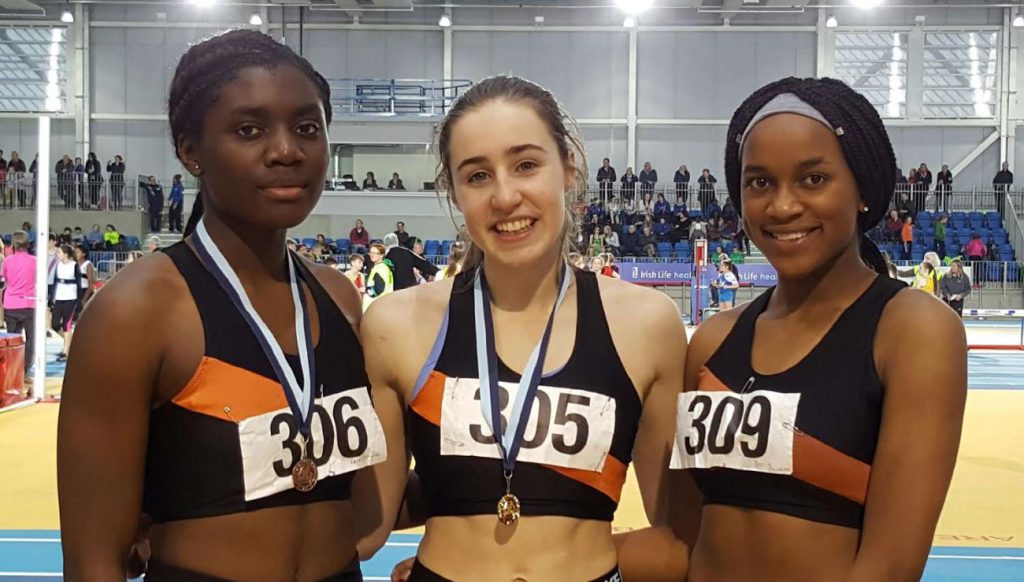 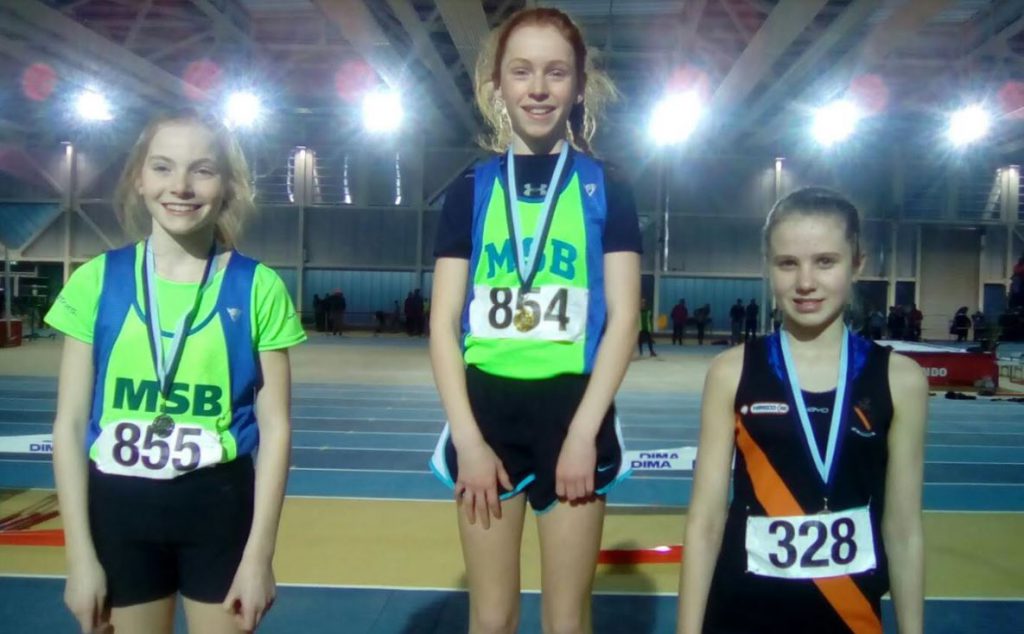 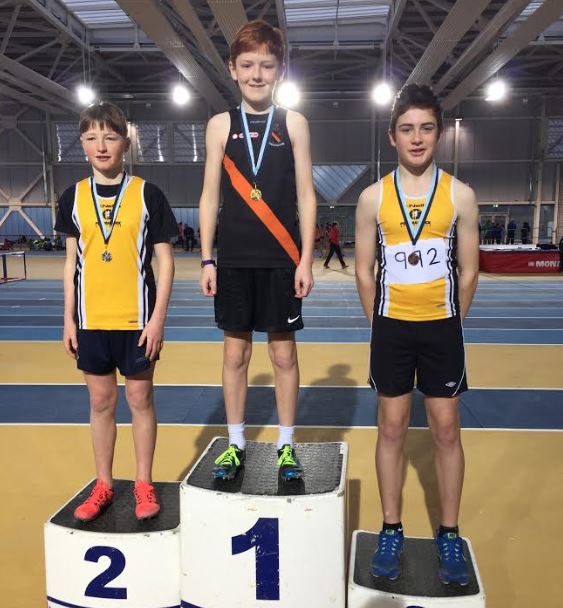 As the afternoon continued more young Clonliffe athletes kept up the level of performance: Naoise Cullen taking bronze in the U/14 girls 800. Jonathan Fitzsimons silver in the U/13 600, bronze for Sally Sumola in the U/14 long jump adding to her 60m silver from yesterday. Also in the long jump, more success as James McDonnell took U/14 gold with training partner Keith Burke in 4th, both can now looked forward to the Nationals towards the end of next month. Star of the day, however, was Emma McDonald as she took double gold: U/14 high jump and 800. A great run also in this 800 by Aoife Hession in 4th place and bagging a spot in the National finals.

Well done to all the Clonliffe crew over the whole weekend, you’ve all done your club, coaches, families and yourselves proud. Nil desperandum.