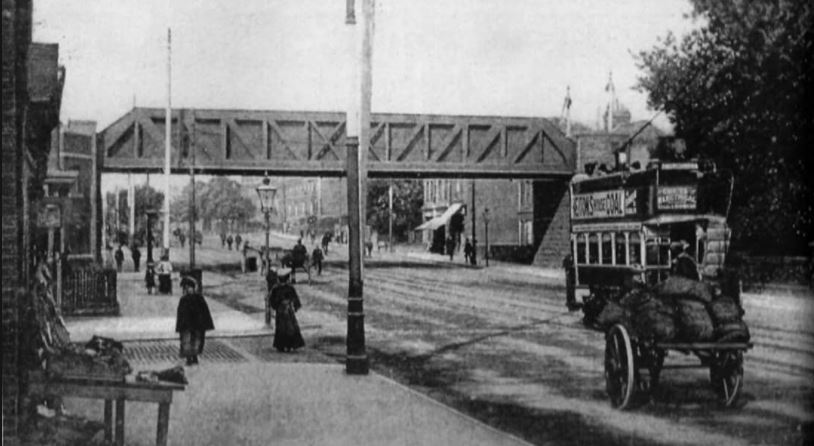 This morning Dominic Branigan brings us right back all of 123 years ago to a simpler time, December 1899 and to Drumcondra Village where the Clonliffe 2 took place.

The following report was filed by the “late” athletics correspondent (no name attached to article) of the Evening Herald on 2nd December 1899.

The attention of our cross country folk was centered last weekend on the annual invitation race of the Clonliffe Harriers held from the Cat and Cage Drumcondra and which attracted a numerous following.

The arrangements for the occasion were all that could be desired, and the efforts lent by the generous proprietor of the above well known hostelry could scarcely have been surpassed.

We had representatives from The Haddingtons, Leinsters, City and Suburbans, Clonliffes, Charlevilles and Abingtons, and everyone seemed to enter heart and soul into the occasion.

A capital trail was laid by W. Flynn (Clonliffe) and J. Byron ( Abingtons) from Mr Butterly’s grounds to the Model Farm Ballymun, and thence home via the Domville Demense from where the run in was initiated and resulted as follows :

The same evening the Clonliffes brought about a big “Smoker” in the Ancient Concert Rooms when a bumper house rewarded the efforts of the hard working committee who had looked after the preliminary arrangements and did their utmost to make everyone happy.

Standing room only was the order shortly after 8-30, but nevertheless everyone enjoyed themselves, and the best of good humour prevailed.

At “half time” medals were presented to the various competitors in the invitation run held earlier in the day and the recipients were all cheered vociferously as they returned down the hall with their trophies.

Maunsell Shackleton and all the other musical magnates were bang on the premises and the “hits” scored were numerous. Mssrs Kennedy and Co generously supplied a very cereberal amount of tobacco and pipes free of charge.

Unfortunately, I was not among the “first 300 to arrive” so that I got left.

The “trail” laid out by Flynn and Byron suggests that this was a paper chase and not a straight road run.

Paper Chases were very popular forms of competition up to the mid 20th century.

Mr Butterly was the owner of Croke Park (then known as the City and Suburban Racecourse) in 1899.

Domville Estate, by a strange coincidence, is the current Santry Demense.

“Smoker” is the nick name for a smoking concert. These functions were all male affairs and invariably became quite “jovial” as the drinking and singing progressed. The modern equivalent is probably the presentation of prizes night in the clubhouse, but thankfully includes the ladies.