Minister of State for Tourism and Sport Brendan Griffin T.D. today launched Morton Games International Track and Field Meet at a reception which was held in Buswells Hotel, Molesworth Street.

Speaking at the launch Minister Griffin said: “I am delighted that the 2017 Morton Games, which is now one of the premier international track and field events in the country, will once again provide our top Irish athletes with the chance to challenge themselves against some of the best athletes in the world.  It will also be a wonderful opportunity for athletes to prepare for the World Championships which take place in London in August.

The range of athletes taking part this year from across the globe shows the true extent of the organisational work involved.  I want to compliment and thank the organising committee for their hard work and commitment in putting together a truly international athletics Meet.  I am sure it will be a successful and exciting event once again.”

Morton Games International Athletics takes place in the Morton Stadium Santry on Wednesday July 12th.  This will be an exciting night of athletics packed into a compact international programme from 7 p.m. until 9 p.m.  In addition to Ciara Mageean in the Women’s 800 Rio Olympian Angie Petty (NZD) will race along with the winner of last year’s race Alex Bell (GBR), also confirmed is Adelle Tracey (GBR).  One of the feature races on the night will be the Men’s 400 hurdles with the confirmed participation of Ireland’s Thomas Barr, who was a 4th place finisher in the Olympic Games in Rio.  Barr will face 2016 European silver medallist Sergio Fernandez (ESP) and former world champion Jehue Gordon (TTO).  The most famous race in Irish athletics, the Morton Mile, will be the feature race at 9 p.m. with a field packed with sub 4 minute milers including Kyle Merber (USA), Sam McEntee (AUS) and Daniel Herrera (MEX). 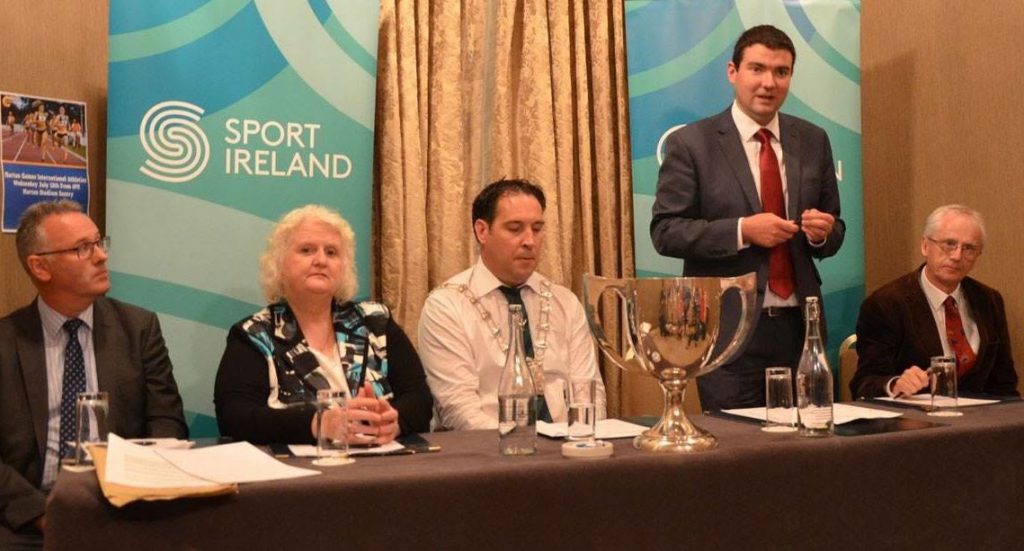