Also in attendance was international athlete and national 1500 champion John Travers. John will run in the world famous Morton Mile. John of course has been one of Ireland’s top middle-distance athletes for a number of years and indeed ran his PB of 3.55.44 in this race in 2014.

The Meet Director, Noel Guiden,  thanked Fingal County Council, Sport Ireland, Athletics Ireland, Morton Stadium and Clonliffe Harriers for their support of Morton Games. He also thanked John Travers for being in attendance and thanked the Irish athletes for their great support of Morton Games confirming that Ireland’s top athletes including Ciara Megeean, Mark English, Sarah Healy, Nadia Power, Marcus Lawler and Sommer Lecky had all given their commitment to taking part in the big night in Santry. 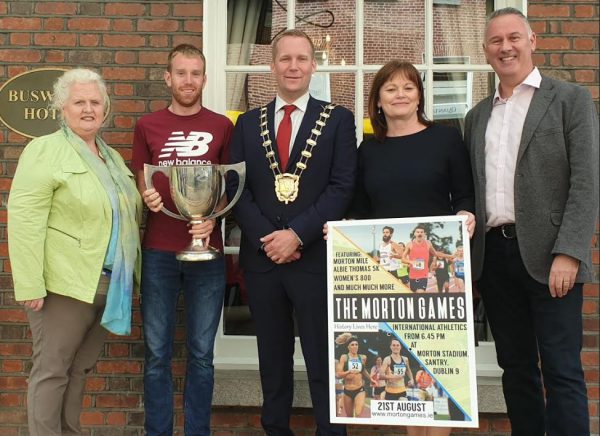