Another weekend another race. Gary O`Hanlon was of course at it once again on Sunday this time in the Inishowen Half Marathon where he had club mate and National Cross Country champion Sergiu Ciobanu for company. The result a Clonliffe one two: 1st Sergiu in 68.05, 2nd Gary 68.44. 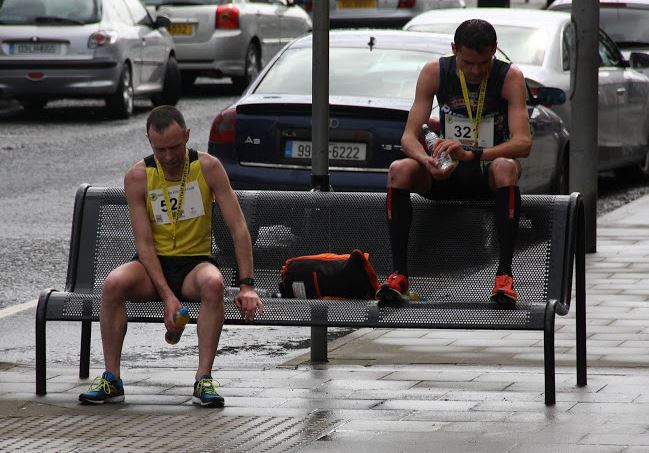 (Sergiu wonders if his watch is slow while Gary wonders if he can catch a race on the way home!)

With a well placed piece of irony this report is now updated as it is learned that rather than look for a race on the way home from Innisowen in fact Gary was on home turf the day before travelling to Donegal running the Patsy Kelly 5K in Dundalk a race which he won in a new course record of 15.09!!