Day 1 of the National track and field championships in a windy Morton Stadium today saw some excellent performances from Clonliffe athletes with national titles won by both Stephen Scullion and Stephen Rice. 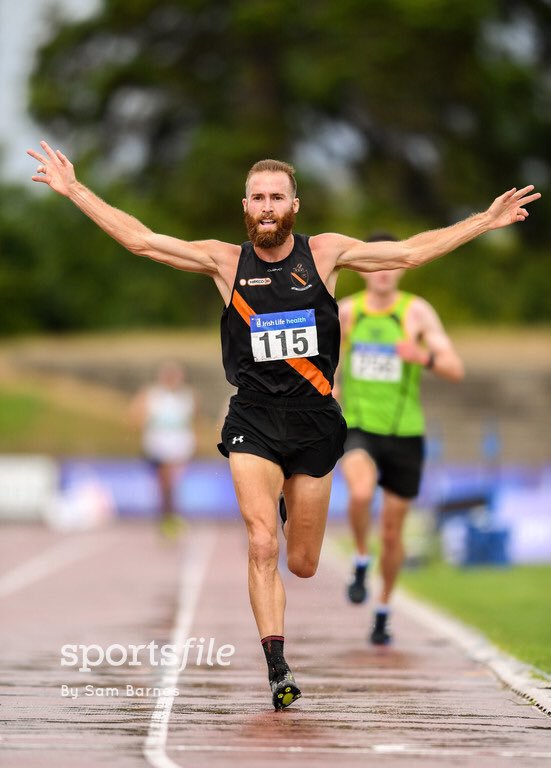 In the Javelin Stephen Rice basically had the title sown up from the first throw when he launched the Javelin some 66.95m and thereafter was never threatened. That proved to be his best of the day and in the end he won by some 8m. Alan Gunning placed 7th (47.66m)

In the 3000 sc Jayme Rossister had his best National result to date taking super silver in 9.05.49.

Simon Galligan once again medalled for Clonliffe in the nationals  bronze in the hammer 59.67m.

Other Clonliffe athletes competing today included Dara Kervick in the 400 qualifying for the final after a 48.54 heat. Likewise Ciara McCallion, despite an injury ravaged season, also qualifying for yet another national final after a 56.72 heat. Snezana Bechtina ran 59.64 in her heat and did not progress.

So in all a pretty fine day for the club’s athletes. Day 2 tomorrow.