Shane Rooney reports from the K Club: With the thoughts of the post-race grub in mind, members of Clonliffe Harriers AC travelled to Kildare this Saturday morning to take part in the 10k challenge and put their training to the test. The sun shone bright on the KClub, resulting a fantastic pre-race atmosphere at this increasingly popular BHAA event, which had almost 430 participants.

Stephen “The Legs” Tracey celebrated his birthday in style by knocking 65 seconds of this previous course time, crossing the finish line in a sub 40-minute time of 39:54.

In perpetration for the Limerick Marathon relay, 3 members of the relay team decided to use the race as pacing practice.  With the aim of going sub 45 mins, the trio, like true team members, dug in to support each other across the line, all 3 smashing their pre-race target and achieving PBs.  Laura Kernan set the pace in a time of 43:38 and she was quickly followed by the dynamic duo of Declan “Unicorn” Grant and Emer “Coppers” Brennan who crossed the line together 2 seconds later in a time of 43:40.

Next up was the always determined Brid Beausang, who also achieved a PB time of 46:18, proving that strong cross country runners make strong road runners.

Having just returned from injury, Niall O’Connor intended to use the race to assess his fitness. However, showing no signs of a loss of fitness and confirming that rest is essential for a good recovery, Niall also achieved a PB time of 48:36.

Not to be out done and proving that she’s Nifty at Fifty, Evelyn Brennan was next across the line at 48:50.

Also, returning from an injury and in her inaugural BHAA race, Melissa Curran dug in to finish in a time of 51:58.

As the members of Pamela Cooper’s training group know, Yvonne McDonough is a supporter of the BHAA events and actively encourages people to sign up for races. Once again, Yvonne was at the start line and had a fantastic race, finishing almost 3 minutes faster than the previous year, with a time of 52:25.

Congratulations to everyone who ran or raced this weekend, keep digging in. 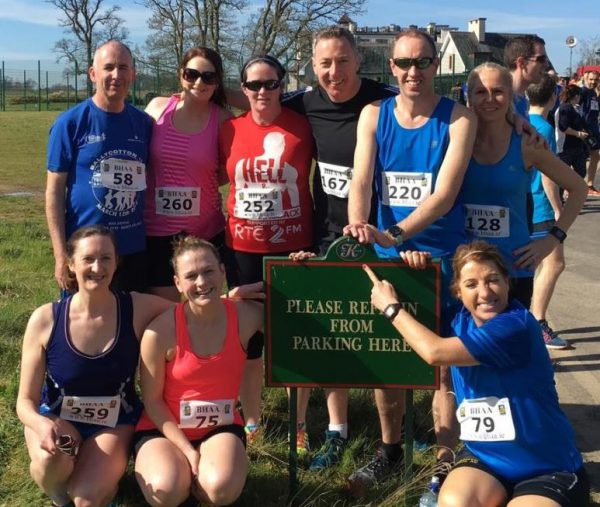 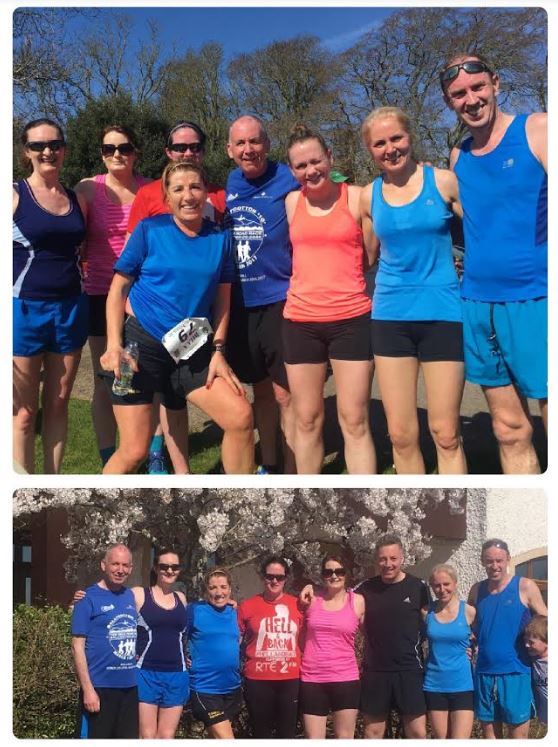 Also on Saturday Liam Roarty was running for Cheltenham Harriers in the Midland Road Relays on the 11th of the 12 leg relay, running 16.41 for his 5k, as Cheltenham placed 3rd of 58 teams and qualifying for the English National 12 Stage Road Relays in two weeks time.

In the Port Tunnel race, now called the Underground Race, Declan Power emerged from the darkness in 1st place in 33.09, almost 30 seconds clear of 2nd place.