Cliona Cooley reports: It was the weekend before Christmas, the exciting day we had been waiting for had finally arrived. Although it was a cold afternoon, the sun made a glorious appearance as well as 23 of Clonliffe’s best athletes and their elite coaches – Noel Guiden and Mick Fogarty.

The number 4 bus was in sight and the nerves started to kick in. We finally got the team on board and our journey to Funderland, RDS, commenced. The bus took around 40 minutes, but the time passed quickly thanks to the entertainment provided by “the lads”.

We arrived at our destination and everyone got off the bus with the help of our very own escort, Mick (Fogo). We missed the session so had to wait 50 minutes – you’d think we would have learned our lesson from previous years. During the wait, some brave girls (Vicky, Ella, Cara) took on the daunting 60m high ride (aka The Arm Of Terror) – this consisted of mostly tears and whiplash for the girls, as the boys happily watched and spent their money on food.

The teams re-grouped at 2:45 pm to enter the call room. The athletes booted up and prepped themselves for the battle ahead. The boys’ team were in the corner getting in the zone, while the girls were finding the necessary time to take selfies.

3:00 pm arrived and the teams were released onto the rink. With no hesitation, Daniel Lacey took to the ice, followed by Cian and Hannah. The girls held on to each other for support while the lads gripped onto the sides for dear life. Bambie on ice, also known as Craig Giles, had the determination in his eyes to succeed on this day. There was a very obvious Christmas tree in the centre – well maybe not so obvious to Vicky, as she ploughed straight into it after quite some time on the skating rink.

But that wasn’t the worst casualty of the day. Jack Horan’s improvement in his skating was truly sabotaged by his own team mate, Daniel Lacey. Jack must have been in Daniel’s firing line as the killer tried to axe off his fingers – thankfully he did not succeed. Jack was bandaged up but this certainly didn’t stop him – he soldiered on and was flying again in no time.

The battle between the girls and boys commenced, the girls flourished and showed their inner angelic side to skating, unlike the boys, who never really got the hang of it….but effort must be acknowledged.

Bambie did not give up and ended up doing a lap without holding onto the side, taking home a new ‘pb’ for the club. The session was over and the traditional group picture was taken by our professional photographer, Noel. Abby took the award for the worst fall just as we were about to step off the ice, but it didn’t stop her facing the high swing ride alongside the other very brave girls – this time including Hannah, Aimee and Tess. Craig, still hyped about his ‘pb’, spontaneously joined Ben and Stephen on the high swing ride.

The journey home led us to the golden arches of McDonalds in Northwood, where the unbelievably healthy meal ended our fantastic Christmas outing.

Considering the bravery and ice skating skills shown by the girls today, it was without question that they took home the gold medal. On behalf of the girls, I would like to thank the boys for their fantastic effort, but maybe next year!

Thank you to everyone who made this day very enjoyable, especially to Noel and Mick. I wish you all a happy and healthy Christmas and New Year! 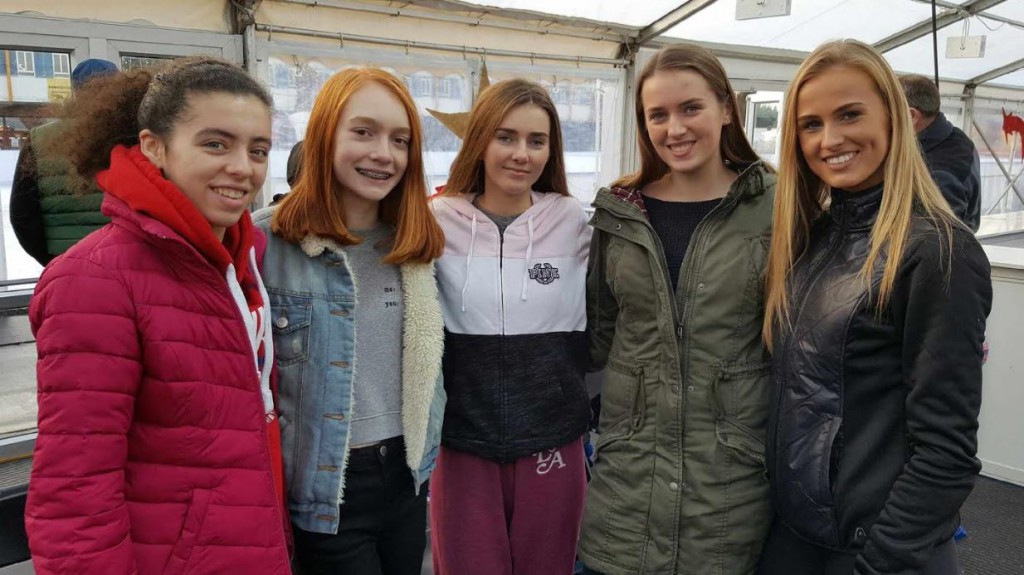 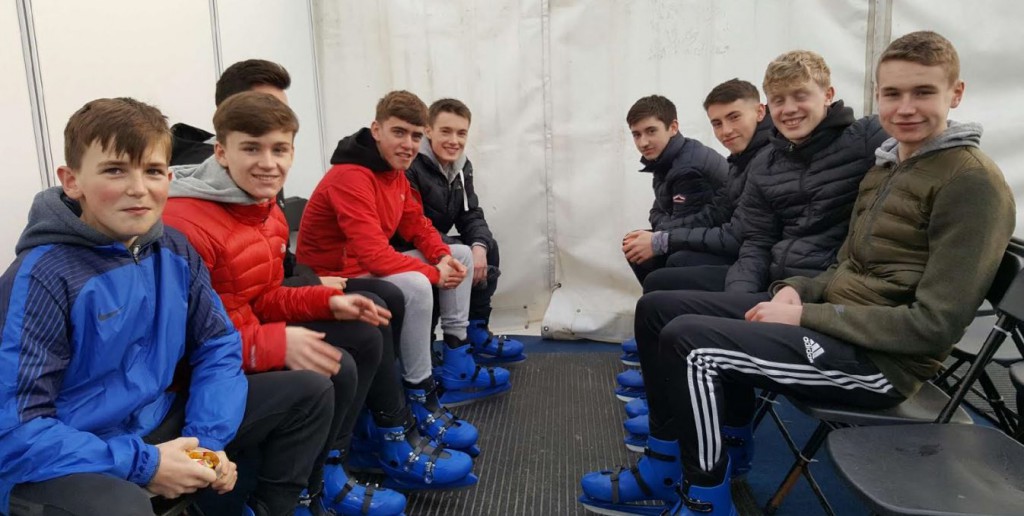 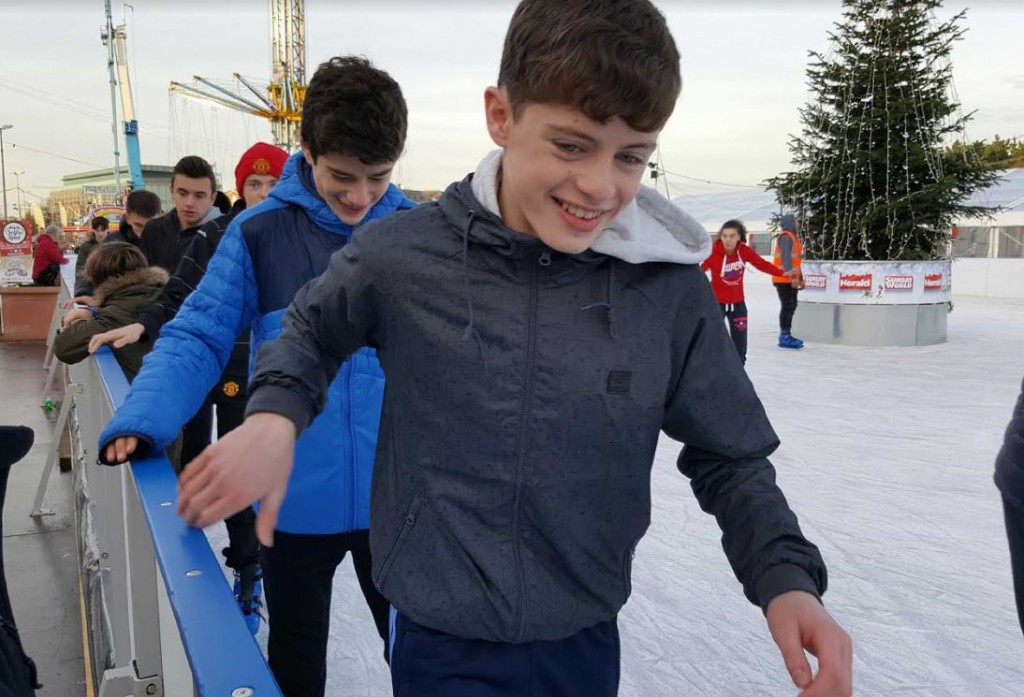 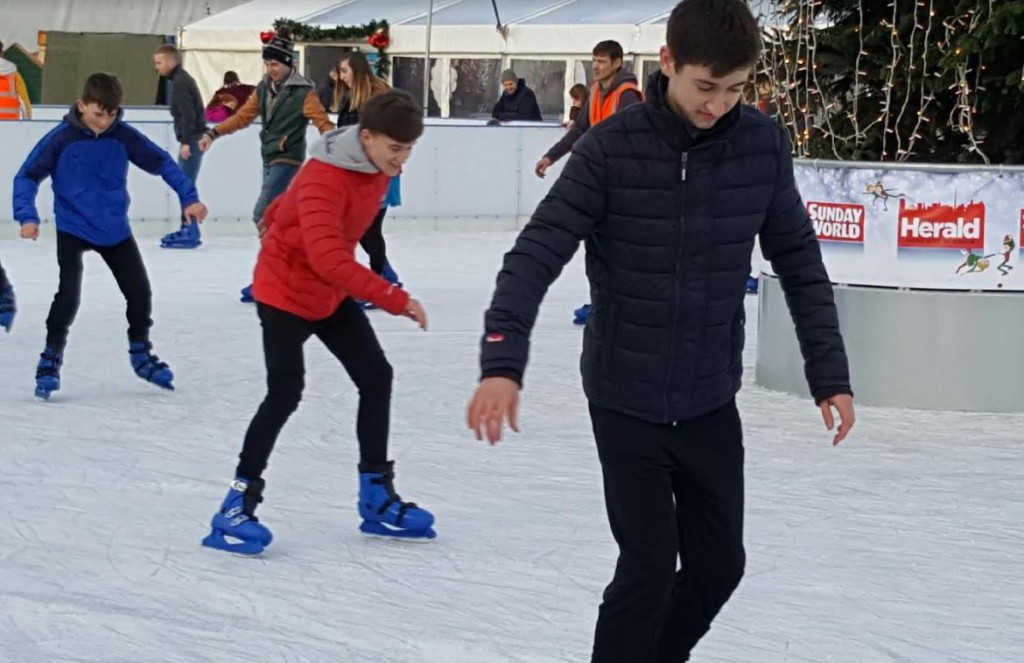 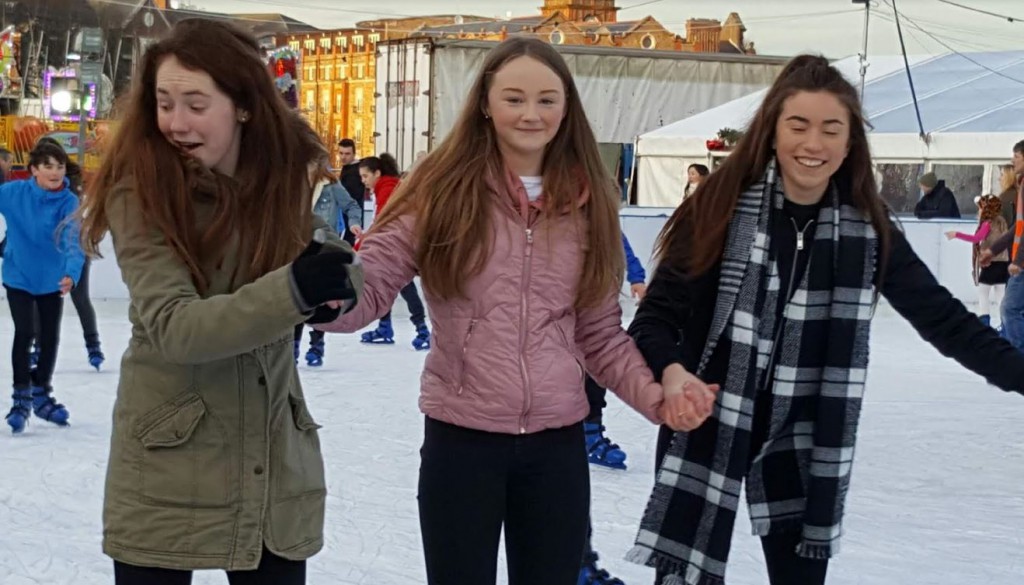 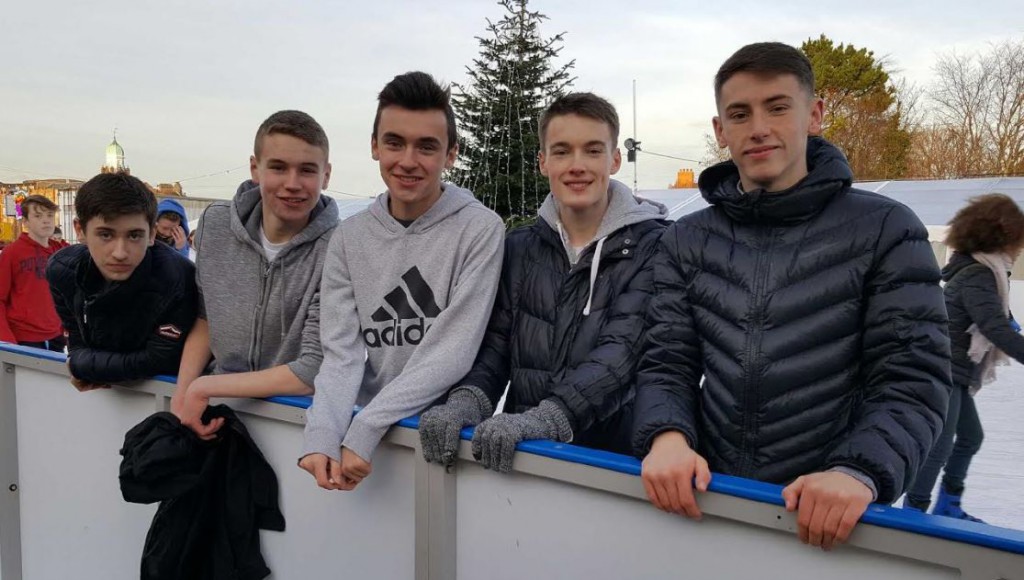 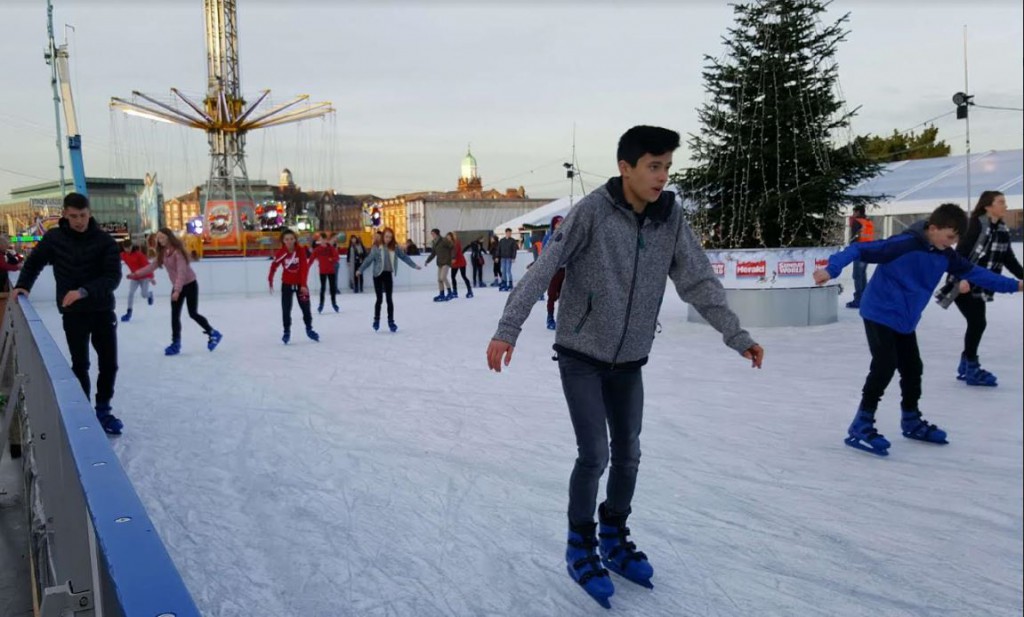 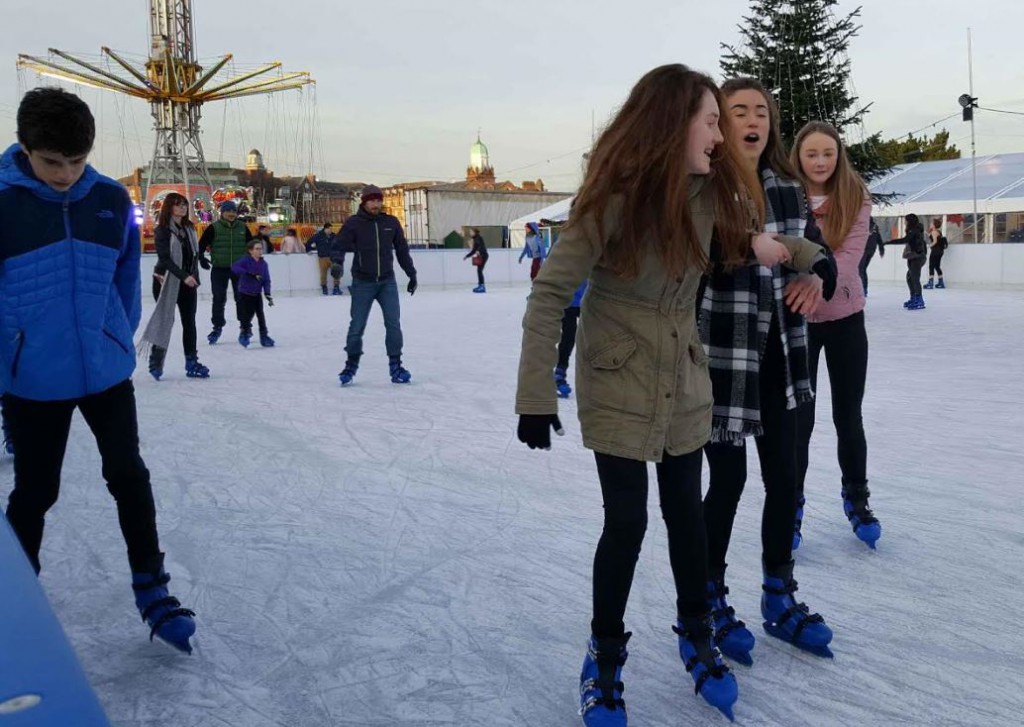 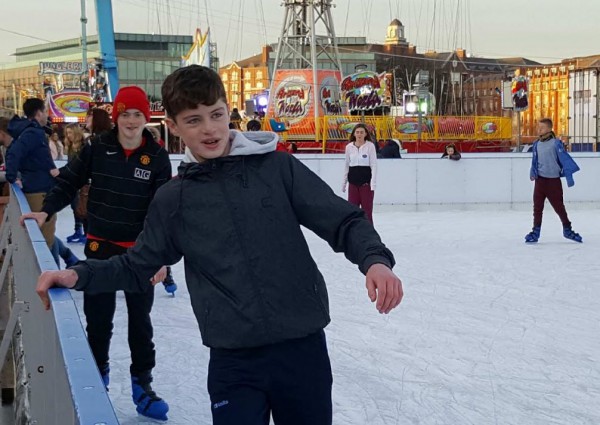 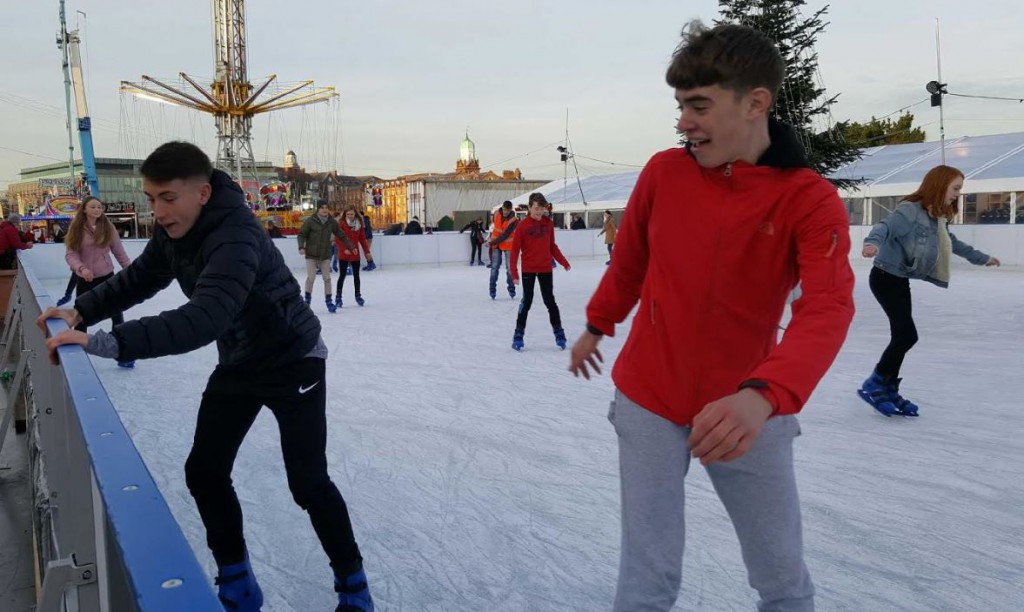 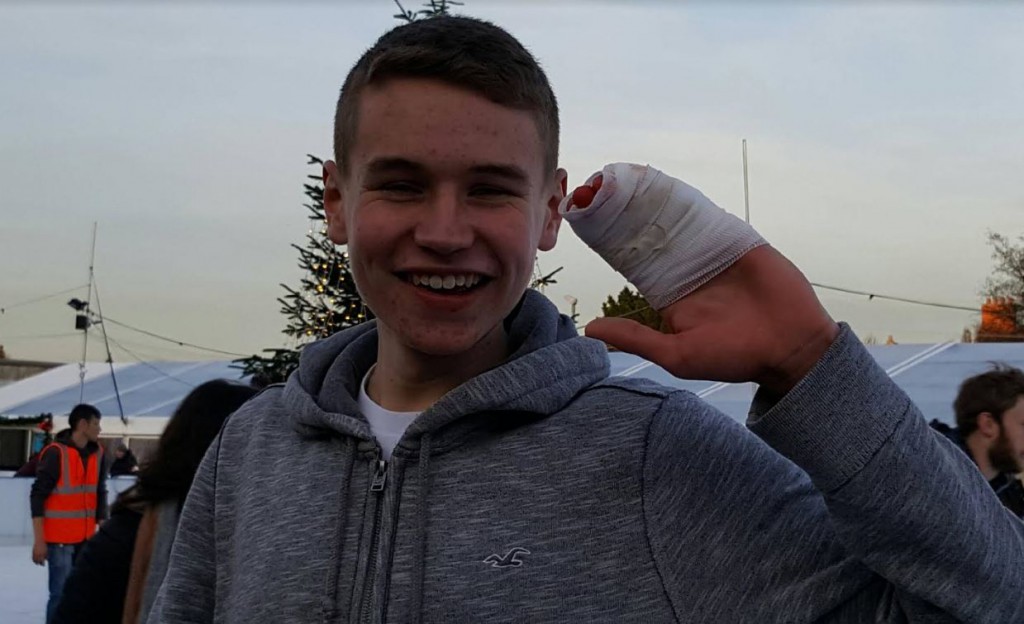 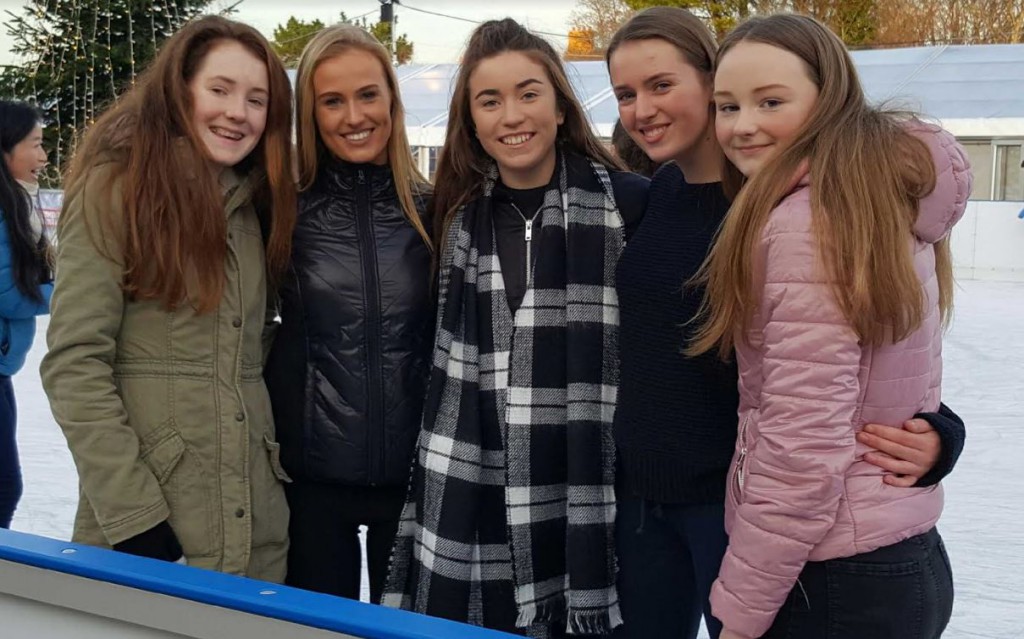 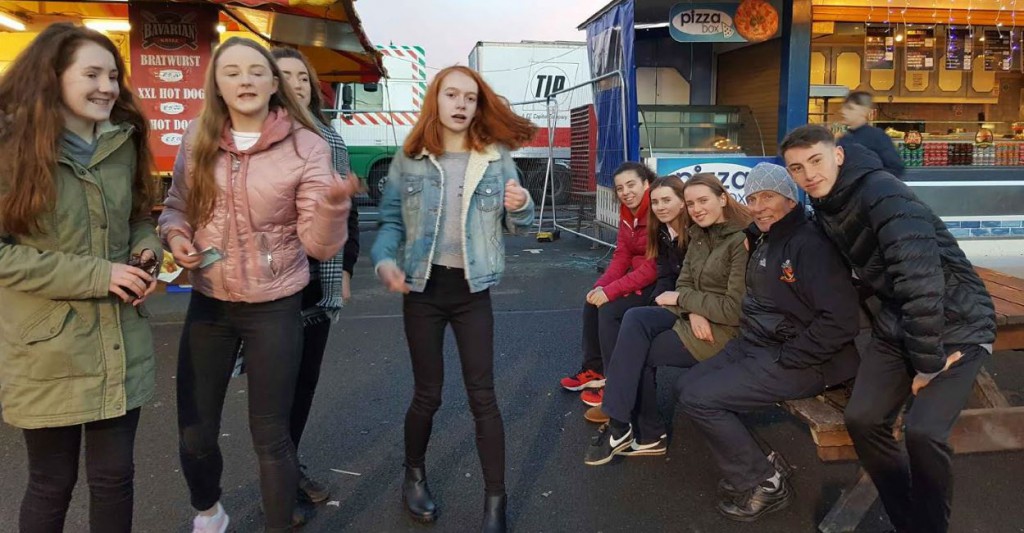