Shane Rooney reports: On Friday 7th of April, 24 members of Clonliffe Harriers AC headed to Budapest as club mates. On Monday 10th of April the same 24 returned as great friends with a bag full of medals, a handful of PBs and hundreds of great memories.

After months of planning by Ciara Peelo and the ladies captain Pamela Cooper (who was surprised to learn that Croatian Kuna is not the currency of Hungary!!!) the Clonliffe Harriers squad headed to Budapest to represent the club in the Telekom Vivicitta Spring Half Marathon and 10km.  Under strict orders from Coach Pam, an excited team of runners and supporters arrived at Dublin Airport wearing their bespoke designed “Clonliffe On Tour” tops, thanks to Stephen “Triathlete” Tracey. As I stood back and listened and watch the laughter coming from the group I had flashbacks from when myself, and a bus load of team mates, headed to Mosney to take part in the annual Community Games!!!  Yes, we were like excited teenagers and Yes, I’m sure many people were hoping we weren’t going to be on their flight.

Arriving in Budapest in the small hours of Saturday morning, some of the runners attempted to convince each other that tonic water (and gin) is good for the muscles, this theory was to be put to the test on race day!!!!  Saturday was a day of rest & culture but despite the late night we managed to regroup at breakfast that morning. With thanks to Yvonne “Guide Book” McDonaugh & Alan “Tour Guide” Hughes we all managed to get to the Expo to collect race numbers followed by carb loading and wine, which according Emer “Coppers” Brennan is the best way to stay hydrated.  Next up was a relaxing boat tour along the Danube and thanks to impressive flirting skills by Ciara “The Negotiator” Peelo a bargain price was agreed. The tour included a stop off at Margaret Island, which was reminiscent of Shutter Island (overgrown tennis courts, an empty zoo, disused buildings and 24 crazy Irish runners…you get the picture). However, whilst we were wowed by the amazing architecture along the Danube, many were more amazed that Aideen “Mary” O’Connor didn’t push Declan “John” Grant overboard, which we’re sure took great restraint on Aideen’s part.

As race day arrived the group split and got ready to represent the club in their respective races.

Next up was the 10km team consisting of Aideen O’Connor, Brid Beausang, Ciara Peelo, Emer Brennan, Fergal O’Shea, Karen McAffee, Laura “Birthday Girl” Kernan, Niall “Anaconda” O’Connor, Sinead Reilly and Yvonne McDonagh.  Support was out in force with many of the locals amazed that we could make so much noise and support (who wears short shorts?), particularly as the runners approached the finish line.  First home was Fergal and big cheers go to Karen, Niall and Sinead, who achieved PBs in humid conditions.

Further PBs were also set by some of the ladies who managed to return to the hotel, shower, get dressed, dry hair and look even more fantastic in just under 30 mins. However, I believe the real incentive may have been the all you can eat and drink restaurant which Ciara P found.  Upon reflection, I’m pretty sure the restaurant staff may have under-estimated how much prosecco and wine 24 Irish people can consume, but in fairness we did have many PBs and two birthdays to celebrate!!!  The night ended in one of the famous ruin bars of Budapest and whilst much dancing and merriment was had we’ll never fully remember how a child’s balance bike managed to arrive back at reception??? 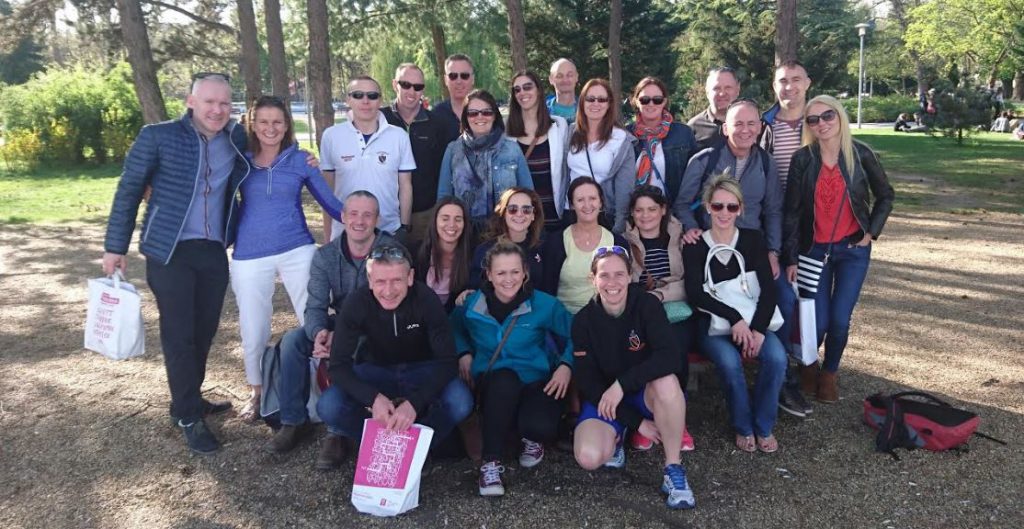 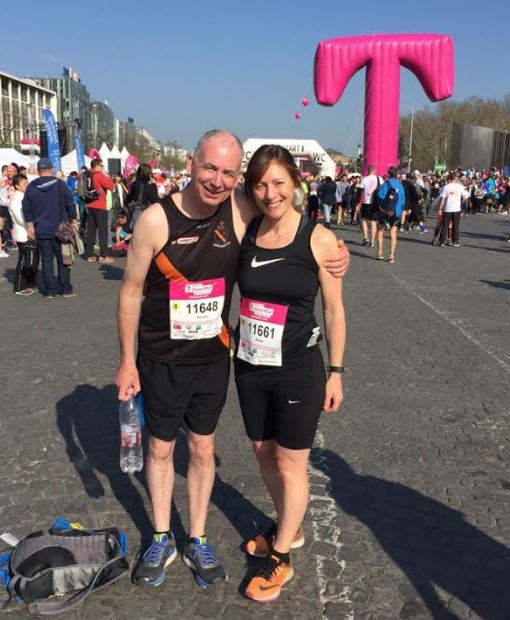 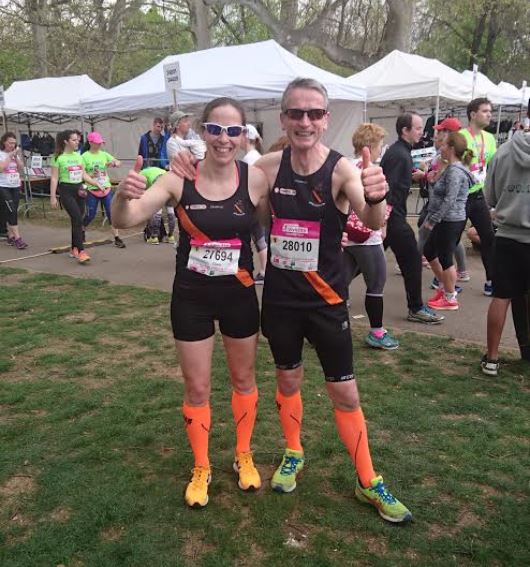 Thoughts are now on where to go next? Should we stay in the Eurozone so Pam doesn’t buy the wrong currency? Can Ciara P find another cool pub? Can Mick G master the art of using a balance bike? Will Aisling go to Zurich for New Year’s Eve? Will Niall ever wear the short shorts? Will Jason get his voice back? Will Stephen fulfil his dream of becoming a balance bike triathlete? What colour of socks will Fergal wear next? Who will wash Ciara O’s feet? and Will Dave Lyons agree to stay in the same hotel? 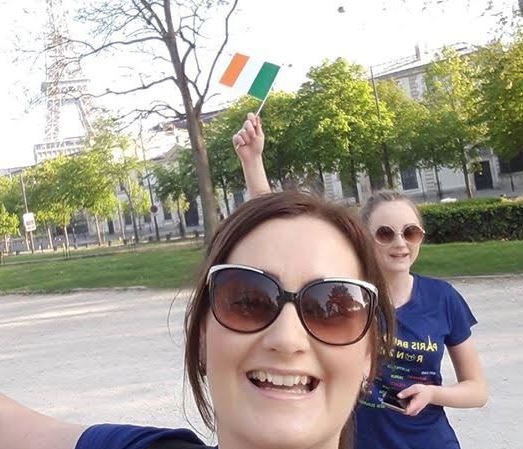 I would also like to give a big shout out to Melissa Curran who took part in the Paris Marathon on the 9th of April.  Melissa continues to increase her marathon count and nothing is going to stop her in 2017, congratulations Mel.

Until next time, keep running and dig in.