The fight back continues. With injuries and withdrawals mounting up over the last few day and almost down to the bare bones the five man Clonliffe Intermediate team travelled West to Tuam, County Galway for today`s Irish Life Health National Intermediate Cross Country Championships.

The event took place in the Palace Fields, with a 1500m loop fitted snugly into the available space, plenty of bends, short straights and hills,hills, hills. It was a perfect cross country day: dry, cold and still. Underfoot: yielding but not muddy.

From the starters gun both Ian Guiden and Cathal Doyle, 50% of the Clonliffe National Novice winning team scorers, got themselves into the lead pack. With the two 1000m loops behind them the field started to string out somewhat as the first 1500 loop was negotiated with the two Clonliffe vests looking strong in the lead pack of eight. At about half way Ian made a brave move to the front and drove the pace on and began to open a gap, however, a lap later and he`d been over hauled by Niall Sheehan (Gowran) and Colin Maher (Ballyfin), who would finish 1st and 2nd, and was back in 3rd with Cathal was 6th. There would be no other positional changes to these top half dozen over the final laps.

Both Thomas Sherlock and Karl Nolan really rose to the challenge putting in stirring runs. Karl in particular was outstanding. This was his very first race, ever, on the country and he ran like an old pro, focused on the vest in front, then up and past. With both of lads running with such pride in the Clonliffe vest they put exceptional shifts: Thomas placing 24th and Karl 29th. Slightly further back was Niall Sherlock, Niall as always answered the call and despite illness during the week bravely battled away in 62nd place.

At the finish Ian Guiden declared himself happy with his day`s work, another big step forward on the long road back from injury, to take bronze. Likewise a great day`s work from young Cathal Doyle, just weeks out of the junior ranks and running his longest race to date. And with Tom Sherlock and Karl Nolan`s inspired runs the lads got their just reward: National Intermediate Champions, by a tight 4 points over North Belfast. Ian, Cathal and Tom also picked up inter county gold for Dublin.

So not a bad cross country season after all: National Junior, Novice and Intermediate winners, (with Cathal Doyle scoring on all three!) 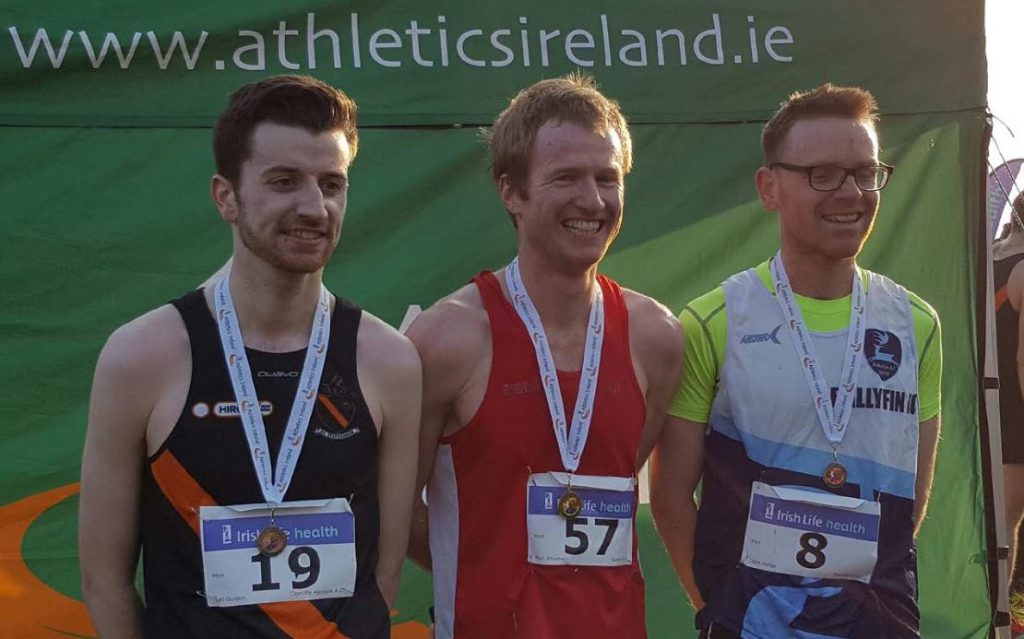 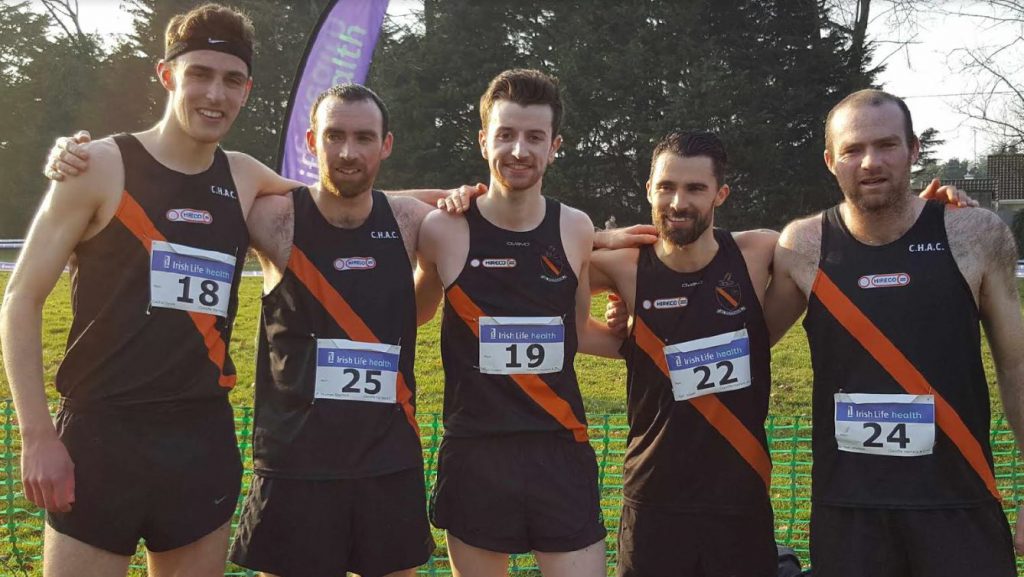