The schools track and field season kicked off in the Morton Stadium this afternoon with the CBS All Ireland Track and Field Championships. Conditions for a track and field Meet could in reality not have been much worse with a very strong blustery wind howling around the stadium mixed in with intermittent rain. It was a day when fast times were out of the question and it was simply a matter of knuckling down and getting the job done. Most of the Clonliffe athletes taking part in today’s championships were clad in the red and white of St. Aidan’s CBS Whitehall. Star of the show was Shane Merrigan who has hit a rich vein of form of late and followed up his excellent runs in the Liverpool Harriers Meet on Saturday with a superb 800m victory in the junior boys race. Shane ran a very measured 800 chasing down the leader catching him with 200 to go and then sitting on his shoulder until he blasted past  heading into the home straight to record a prestigious win and live up to his newly acquired nick name Ushane Bolt Merrigan. Greg Hossenny also had a good run in this race finishing 7th but was with Shane until roughly 200 to go. 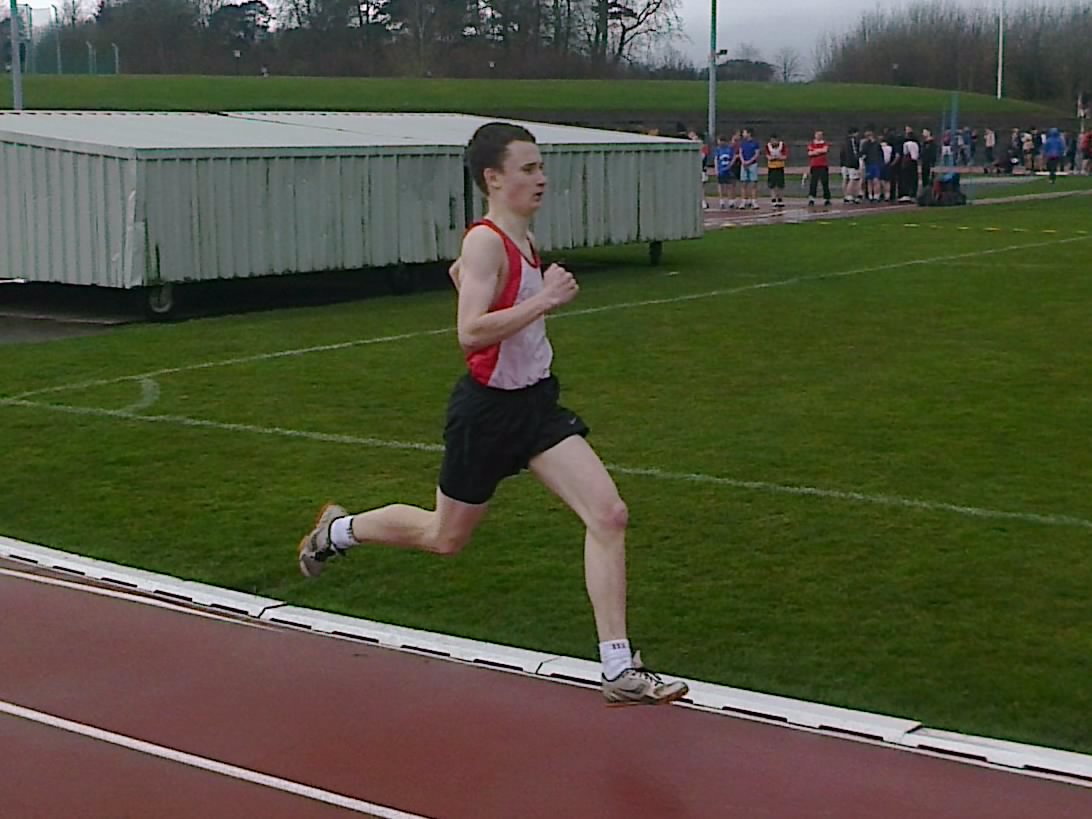 Other wins from Clonliffe athletes came courtesy of Joseph Hession (above) in the Junior boys 1500 metres with a measured win with Kevin McKenna 3rd in that race.

Cathal Doyle was a very classy winner in the inter boys 1500m leading from the front with David O’Hanlon 3rd and Adam O’Brien 4th. (below) 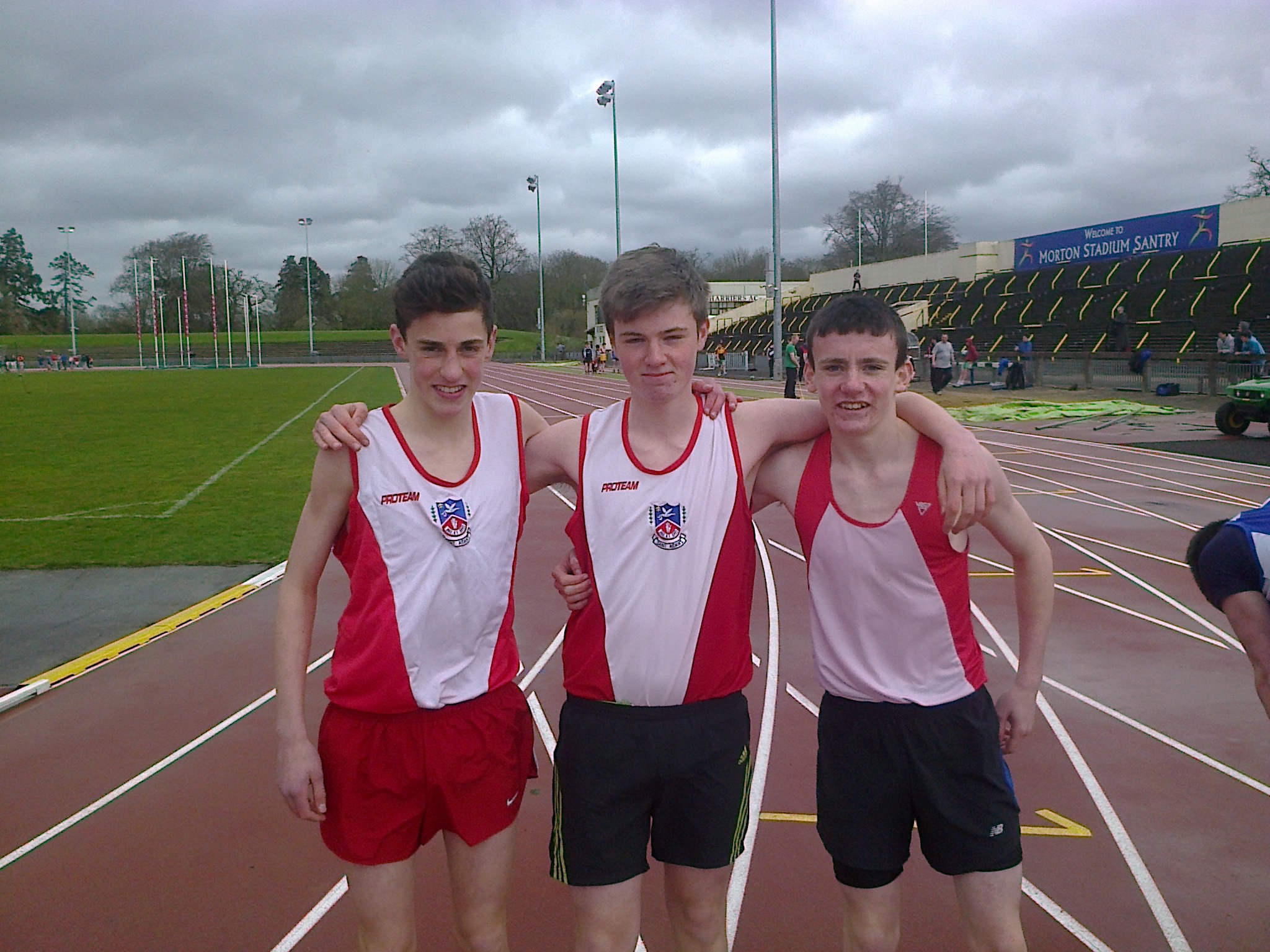 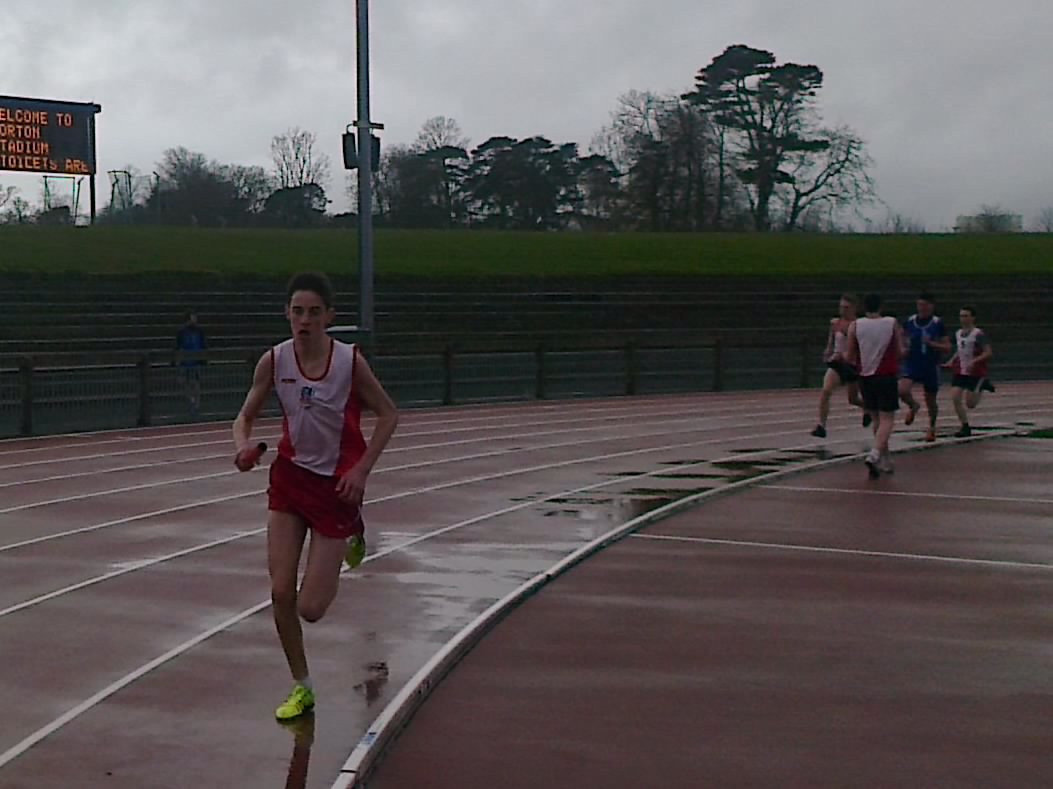 Cathal Doyle on his way to Inter 1500 gold

In the inter boys 3000 Brian Flanagan placed 5th with Ross Kearney breathing down his neck in 6th and a positive run from Paul Courtney (Ard Scoil Ris) in 12th place. Dylan Gibbons was 5th in the inter 800, Anthony McMahon was 7th, Niall Norman 12th and Alex Gibbons 13th.

Earlier in the day in the minor boys 800 metres Fintan McManus was 5th with Joey Hutchinson 6th.

With the cobwebs now well and truly blown away the lads can look forward with confidence to the commencement of the schools championships proper with the North Leinsters next Wednesday and Friday and the road to the All Irelands in Tullamore the first weekend of June.