Shane Rooney Reports: During the June Bank Holiday weekend, it was the turn of the Clonliffe ladies to take centre stage and they were doing it for themselves.

First up were Melissa Curran and Anne “The Legend” Lyons who both successfully participated in the enjoyable, but challenging, SSE Walled City Marathon in Derry on Saturday June 3rd. With Pam’s hill sessions in their legs, both ladies were ready for the challenge. Anne, in what was for her the first of two races at the weekend, charged home in a time of 3:58.  Melissa (this was her 5th marathon to date) who, despite the course consisting of hills, hills and more hills, romped home in a time of 4:17, her second-best marathon time and just seconds’ shy of a new PB.

Next up was the VHI Women’s Mini Marathon, which this year saw over 33,000 women (and some funny looking women!!) line up and charge through the south Dublin streets. This is an event Irish people should be extremely proud of as it’s the biggest all women’s event of its kind in the world and since its inception, in 1983, has raised over €300 million for charity. It was fantastic to see the Black & Amber represented by 11 Clonliffe women toeing the line with the elites and excitedly waiting for the starting gun to fire. Watching them take-off was like watching Super Woman going into battle, each one charging to their destiny and discovering their full powers.

First home was the dynamic duo of Aideen “Whoop Whoop” Brady (42:59) and Laura “I make this look easy” Kernan (43:00) who crossed the line hand-in-hand and united, the ladies came home in 68th and 69th place respectively, both achieving PBs.  The 3rd Clonliffe lady home, and in 109th place overall, was Kerri Page, in a time of 44:19.

Whilst this is a race, the true focus of the Women’s Mini Marathon is support, friendship and comradery, which was perfectly displayed by Ciara “Olympian” Peelo who paced Kerri up to 7km and then ran back to support her training buddy Emer Brennan, both crossing the line together. Big shout out to the other Clonliffe Super Women; Ali O’Sullivan, Joanne McCabe, Anne Lyons (yes, the same lady who completed the Derry marathon the day before), Katie Hennigan, Catherine “Cheese & Wine connoisseur” Dempsey and Caroline Hynes.

I would also like to congratulate Ollie Power (full marathon), Paul “new PB” O’Laughlin (half marathon) and all the other Clonliffe members (mentioned in a previous post) who participated in races in Cork on June 3rd.

This report cannot conclude without wishing Eugene Coppinger a Happy 60th Birthday, which was celebrated in running style when he was joined by his band of happy runners in Malahide for a birthday 5km run.

As with every race questions have been raised;

Are the rumours true, did Anne Lyons run home from Derry?

What happened to the poor “guy” they women met in the pub after the mini marathon?

Until next time folks, keep digging in. 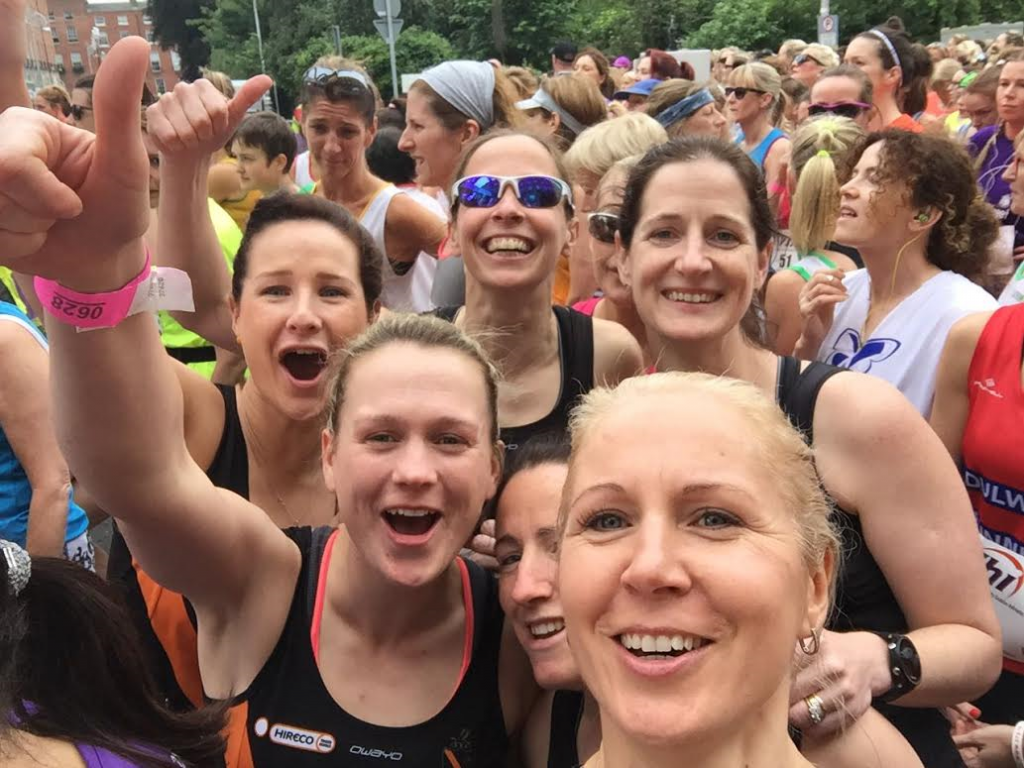