The Grand Prix series remained in Malahide for one of the series highlights tonight the Michael Murphy Memorial 5 Mile. The Michael Murphy Memorial Race has been running now for close on 35 years. The race was first run in the grounds of Malahide Castle back in 1980, the fastest time recorded that day was by Michael Murphy in a time of just over twenty-four minutes, tragically later that year, Michael was killed in a road traffic accident in the United States and the following year the race was run in his memory. Michael’s family donated the cup and have almost every year since attend the race and indeed sponsor the prize for fastest athlete.

Tonight`s race again is run on an open handicap basis and once again drew a great turn out of Grand Prixers for the two lap tour of the trails/tarmac around the grounds of Malahide Castle on a great night for racing.

First home and the winner of the Michael Murphy Cup for 2014 was Alan Worrall after a grand old ding dong with Maurice McCrohan over the closing miles. 2nd Michael McSwiggan and 3rd Maurice McCrohan. Fastest was that man again Tom Sherlock in 27.43. Fastest women tonight was Bernadette Kiernan (31.30).

After the race the presentation took place in Malahide Cricket Clubhouse, with the cup presented by club President Paddy Marley. 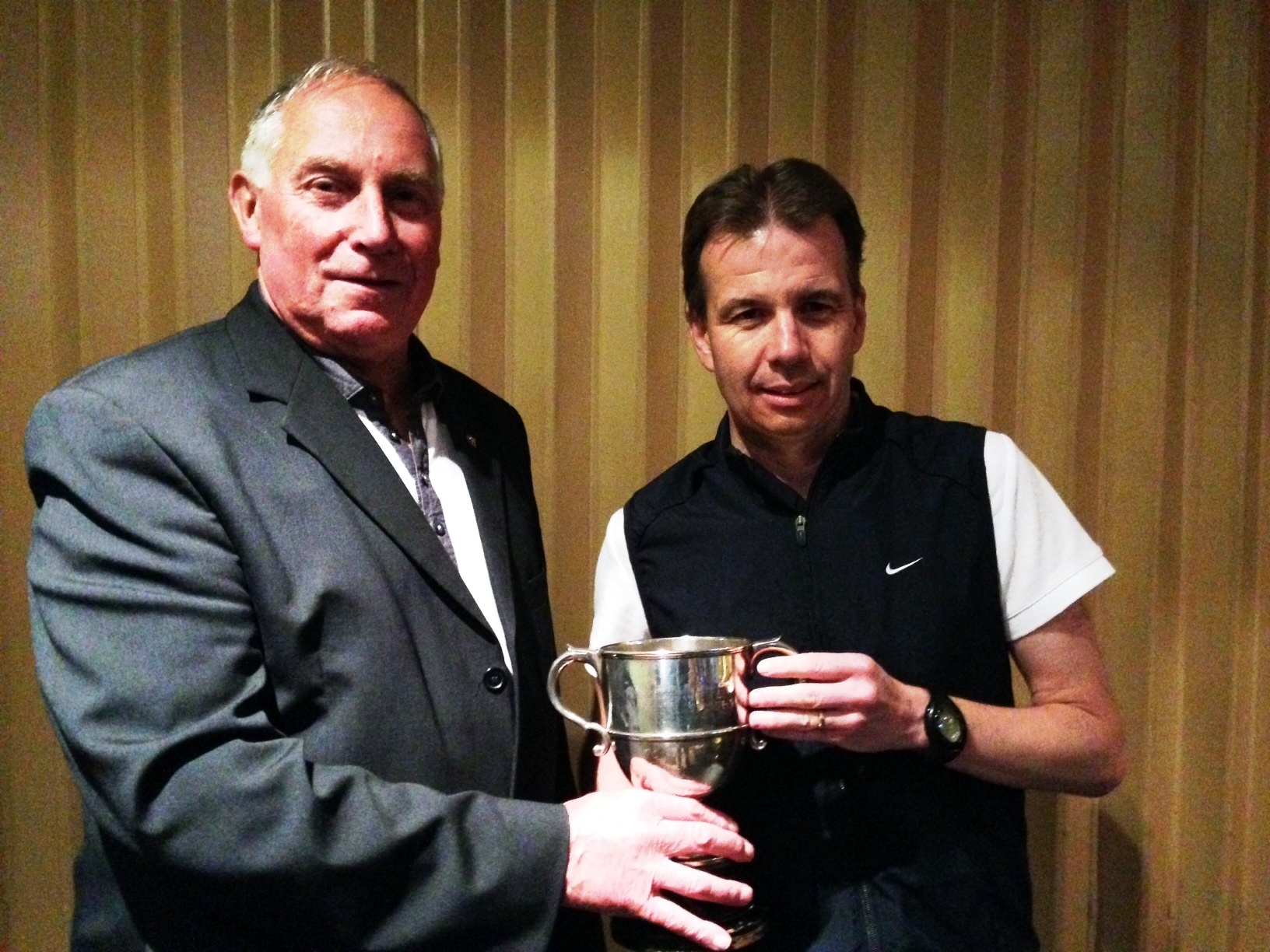