The Leinster Regional Qualifiers continued once again in the Morton Stadium today. In keeping with the patterns of the week today the rain clouds burst and there were long prolonged periods of rain.

There were only a few Clonliffe athletes in action today. Pride of place goes to Andre Liadova who won the Inter Boys Javelin with a new PB of 43.02m. Furthermore Andre on Tuesday with an 11 metre plus throw, again throwing further than he had ever thrown before, won bronze in the West Leinster shot. 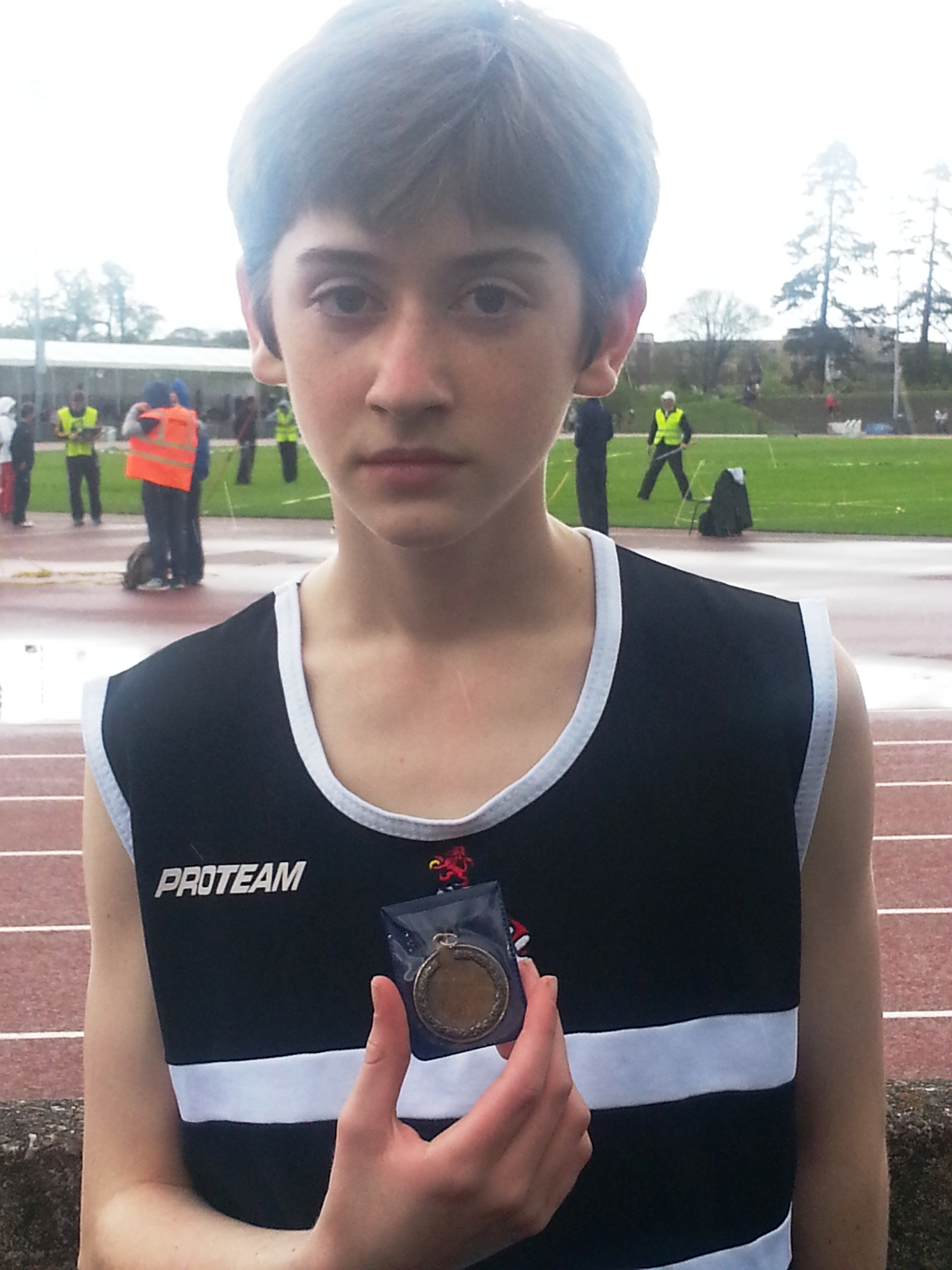 On the track today Ben Guiden also recorded a PB in winning bronze in the minor Boys 800m in a time of 2.22.