Both the Clonliffe men and women’s teams were in action at home yesterday in round two of the National League. Official results are now to hand the men’s team top the table making it through to the final. Despite a spirited flight the ladies didn’t quite make up the substantial deficit from round 1 and fell short.

The men of course are defending national league title holders and went into round 2 in a very healthy position. In Morton Stadium yesterday there were wins recorded by, amongst others, Simon Galligan in the hammer, the 4 x 100 relay team, Sean Carrigg in the 3000 SC to name but a few and also good solid pointscoring by amongst others Rolus Olusa, Timmy Crowe and Greg Hosseny.

The story of the day whoever was the performance of the Clonliffe women who really pulled out all the stops for captain Louise Carraher with the wins by the girls in the 4 x 100 relay being the highlight a great performance by the team of Snezana Bechtina, Leah Bergin, Emma Kelly and Lauren Carr. Lauren also put in a very solid performance in the 200 finishing 2nd and Leah Bergen took a fine win in the 400. Very good performance also in the middle distance events by young Sarah Bateson 3rd in the 1500, Laura Tuite 3rd in the 3000, in her first track race for two or three seasons, and Alannah Cooley in the 800. Good fighting displays from the team.

The men will look to try retain the title  in Tullamore on July 20th. 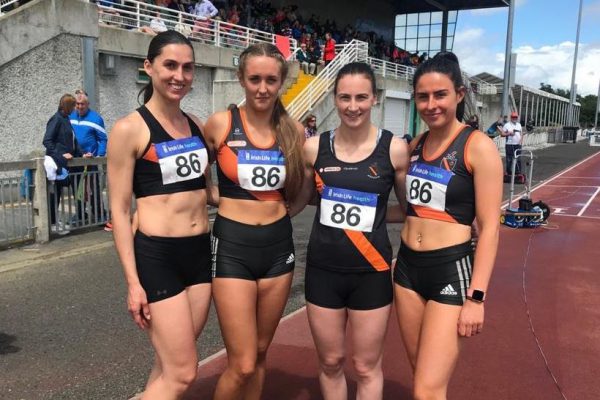