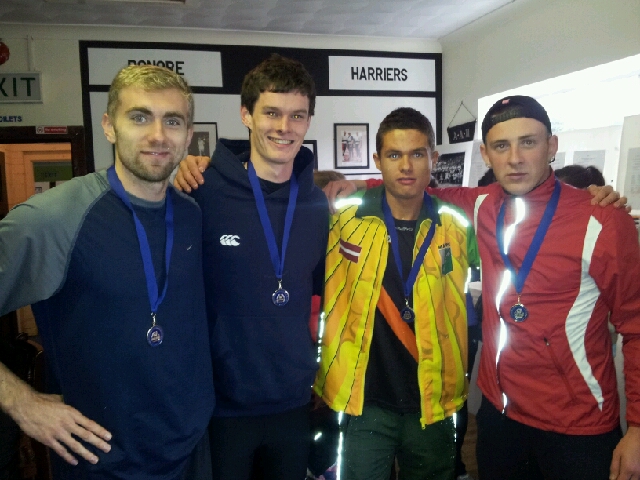 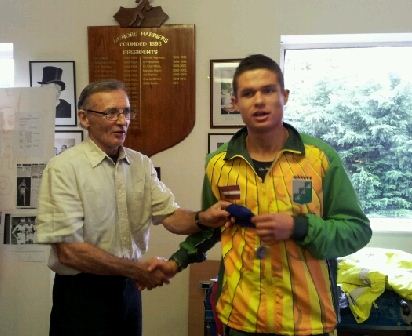 The cross country season is underway as Clonliffe`s Novice men win the Dublin Novice cross country. The 6,000m race was held in testing conditions in the Phoenix Park. Under foot conditions were tough as a result of heavy over night rain and the juvenile league races held on the circuit earlier in the morning. Dmitrijs Serjogins lead the black and amber home in 2nd place after leading from the off before being over hauled on the hills on the final circuit, Brian Hill, on his club debut, was 5th, 800m specialist Kris Valters was next in 8th and on his senior debut Fintan Doherty 4th scorer in 11th place. Clonliffe 1st, Rathfarnham 2nd, Donore 3rd. Other Clonliffe placings 32nd Tom Sherlock, 36th Noumir Bouzain, 37th Clive Ahern, 44th Eoin Murray, 49th Ger Kirwan, 53rd Conor Keane, 56th Joe Phibbs, 57th Johnny Bradley Ward, 58th Tom Frayne, 62nd Fergie Keenan. 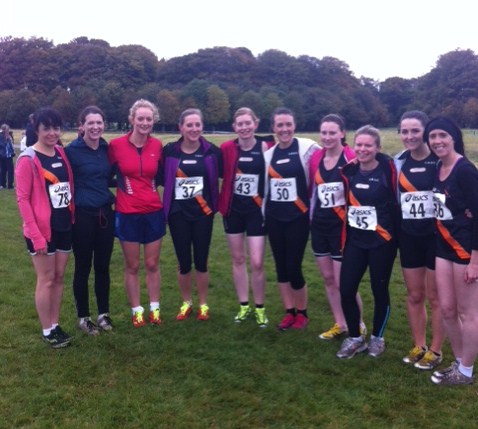 Things did not go so well for the women`s team who had come into today`s race very  optimistic however for various reasons the girls struggled today and finished well out of the top 3. First home on her Clonliffe debut was Anna Begley in 27th place, followed in by Aoife Parrelly 43rd, Marie O`Connell 51st and Orla Montgue 53rd as the girls finished a disappointing 8th. Other Clonliffe Aoife Stack 57th, Emma Kelly 58th, Shelia Jones 63rd and Daneille Townsend 74th.

In overseas news Dave Flynn was in action for Arkansas on Friday in a top class cross country race The Wisconsin Adidas Inviational at the Thomas Zimmer Championship Course a race which featured 20 ranked NCAA teams. Flynner was 6th scorer for the Razorback in 191st place in 24.41 only a little over a minute behind their top man Eric Fernadez in 9th place. Arkansas entered the race as the 12th-highest ranked team in the field and with their performance, the Razorbacks beat seven teams—No. 1 Wisconsin, t-No. 5 Iona, No. 10 Syracuse, No. 11 Princeton, No. 13 Notre Dame, No. 16 Minnesota and No. 18 Northern Arizona—ranked ahead of them in the most recent national rankings. Arkansas tied for fifth place with No. 17 Columbia, to place 5th.

Back home and Saturday saw the first round in the BHAA cross country season, the Teachers CC held in Castleknock College. Looks like the sole Clonliffe athlete in action was Mark McDonald 12th in the men`s 4 mile race in 22.19. (Again it is becoming increasingly difficult to keep an eye on the weekend`s races so I appeal to all, if you are competing in a race please text (0879599888) or e mail (noel.guiden@behans.ie) with details ie the race, where, when, your place and time if possible and you are aware of club mates in the same event get details to me. If I don`t know about it I can`t report on it!!)