The Clonliffe boys were in fine form once again in the red and white of St. Aidans CBS today in the St. Joseph`s Invitational in Drogheda. Having excelled in perfect conditions in the Brother Invitational in Santry on Wednesday of last week the lads today excelled in the rain and wind served up in the county of Louth.

It was a real early winter day. Leaves on the ground, a strong wind and lashing rain all day, but as Larro Byrne would say ” there`s no such thing as bad weather only weak men”, well today there were no weak men in the Aidans corner!

Cathal Doyle made it two out of two in the inter race, biding his time and over the final lap making up nearly 50m to add the Joseph`s Inviational to his Brother Invitational win. Sean Carrig by all accounts had a stroming run in 4th place chased hard by Joseph Hession 7th and with another great effort Shane Merrigan in 8th place. These four making it another team win. Very good shifts also put in by  Brian Flanagan11th, Kevin McKenna 12th, David O`Hanlon 16th, Alex Gibbons 17th, Darren Redmond 18th, Greg Hosseny 19th and Keith Hodson 29th. A most impressive sortie for the St. Aidans lads and a perfect start to the season. 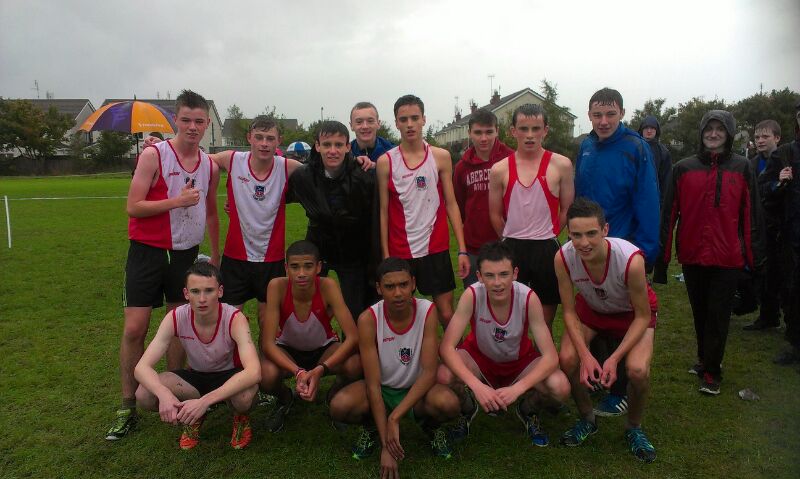