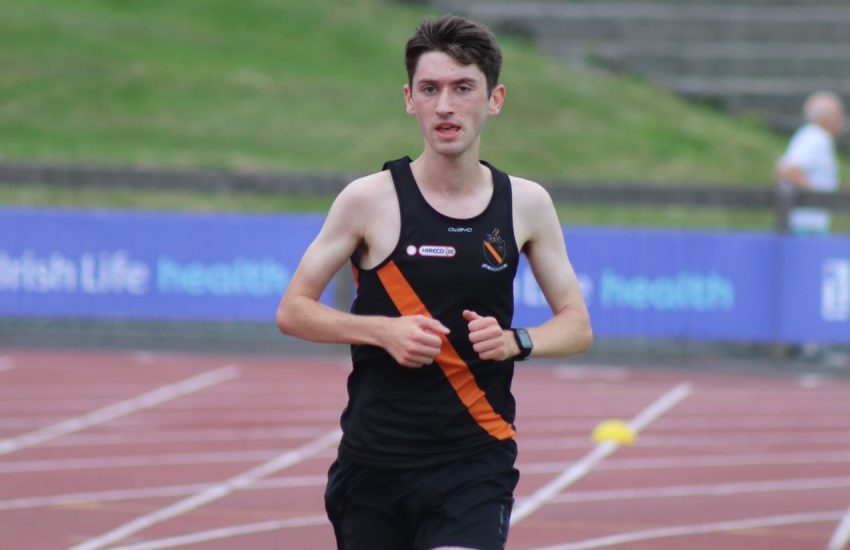 Once again it was a fantastic Clonliffe club championship night in Morton Stadium. On a perfect night for athletics, it was humid and warm but most pleasantly there was no headwind. It was another brilliant turnout of club athletes particularly for the 5000 and once again great credit to the officials who as always turned out in great numbers to ensure the smooth running of this night three of the 2021 championship season.

The night’s action got underway with the women’s 400 championship where Leah Bergin turned the tables on her training partner Lauren Carr reversing the 200 championship result as Leah came home first in 60.0 with Lauren second 61.5 and after a great battle down the home straight Snezana Bechtina third in 63.0 chased all the way by Jenny Johnston running her first ever 400 and clocking an impressive 63.3.

National Decathlon champion Rolis Olusa took a comfortable win in the men’s 400 championship in a time of 53.5 from Manny Okoye 55.5 and third-place finisher with a huge step up in distance from his normal 100 Pierce Friel 59.1.

The 5000 once again has proved to be a very popular distance with the Clonliffe athletes ensuring a huge turnout across the ages from junior right up to master. The A championship race was won by Ben Guiden who front ran from the start breaking the field after about five laps to win solo in 15.11. Karl Nolan finished like the proverbial hot knife through butter as he cut through the field over the final four laps going from 7th to 2nd in the new PB of 15.31. Third-place finisher was Sean Doran who ran a brave race and had a great battle with Mark McDonald, Sean recording a time of 15.36. Were fine performances throughout the field, see results below.

Race B which incorporated the women’s club championship was a fine race indeed as young Matie Urcachi led the field on a merry dance running an excellent 17.26 some 20 seconds clear of second-place David Mullen with Eoin Housley third. The star turn in this race however was undoubtedly Laura Tuite who ran a 27 second PB of 18.03, to add the women’s championship to her 1500, with Ailish Malone 2nd (19.25) and Ciara Peelo 3rd (19.45).

In summary another excellent Clonliffe Harriers occasion thoroughly enjoyed by athletes and officials. Next up is the club ” Night of Miles and 100s” on Tuesday, July 27. Entry will open on Thursday July 22 and the final club championship track race will be the club 10,000 on August 26.