The opening race of the 2014 Grand Prix series took place last night on the track, in ideal conditions for early April. There were 49 starters with 43 finishers in 5 mile race which was sponsored by Colm Doran for the Frank White cup.

Sean Doran and Tom Sherlock hit the front from the start, with Tom’s brother Niall in pursuit. Sean and Tom were still together going into the last mile before Tom pulled away to win in 28.19. 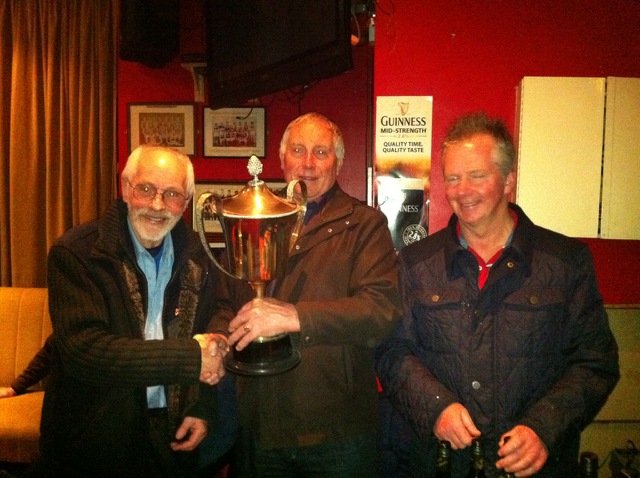 The winner in the Grand Prix was Terry Mee, with Noel Daly second and Rachel Wisdom in third place.

Thanks to Maurice Ahern for measuring the 5 miles, he tells us, it is the only accurate 5 mile race in Ireland. Thanks also to all the officials who assisted on the night and to Caroline for the tea, coffee, cake and biscuits. Thanks again to Colm Doran for sponsoring the race.