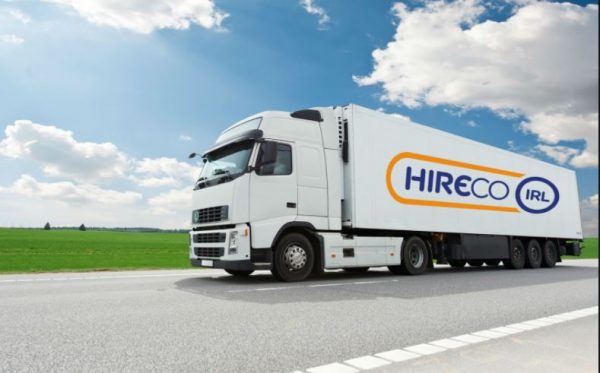 Clonliffe Harriers AC are delighted to announce the continued support of the club by our long time sponsor and friends Hireco. Hireco commenced their sponsorship of Clonliffe Harriers back in 2007 and that association over the now almost 15 years has assisted the club in our continued pursuit of excellence. It is no coincidence that over the course of that period the club has developed enormously winning national team titles year after year on both the track and field arena and cross country and has also seen the expansion of the clubs juvenile section feeding directly into juniors and in turn to the current crop of senior athletes.

Like Clonliffe these past 15 years have also seen significant growth and change in Hireco. The company was established in the 1970’s in Dublin and Belfast becoming a significant trailer rental and leasing operator in Ireland and in the late 90’s Hireco began to expand into the UK. Today Hireco is considered to be the major commercial trailer rental specialist in Ireland. The Hireco Group is constantly expanding and now has over 10 depots and 4,500 assets covering both Ireland and the UK. The quality of asset and delivery of good customer service are both key drivers behind Hireco’s success. The fleet is constantly renewed keeping the average age of vehicles at 3.5 years old. Hireco has recently expanded into assisting companies with their Covid 19 responses with a range of options for work place health and safety. See https://tempco.ie/

In announcing the renewal of Hireco’s sponsorship Clonliffe club president Paddy Marley said: ‘in these very challenging times for businesses we are extremely grateful to Hireco for their continued commitment to Clonliffe Harriers. Hireco has been on the road with us for almost 15 years and it is a great boost to all of us in the club, particularly during these times, to have an organisation such as Hireco on this journey with us. Clonliffe athletes as soon as competition resumes will proudly wear the Hireco logo on the famous Clonliffe black and amber vest and I’m sure with the backing of Hireco our athletes will once again like Hireco be ahead of the field.’