The weekend trip by the Clonliffe cross country teams to Seville for the Cross Country Internacionel de Italica was an outstanding success. A hugely enjoyable event brought positives all round for every single athlete competing. Efrem Gidey put in yet another five-star showing in the feature IAAF men’s international over 9,975m as he lined up with a world-class field including Olympic silver medallist Paul Chelimo (USA). As usual Efrem showed no fear in going out fast with the field and indeed in the early stages featured in the lead pack of six athletes. The course is however a pretty testing course. It is unique in that it is run through the ancient Roman city of Italica over compressed red clay, sand, stone and in some places concrete, several athletes ran in flats while others took a chance with spikes. The course features a lot of hills but then very fast downhill sections and therefore the pace was extremely hot from the off. 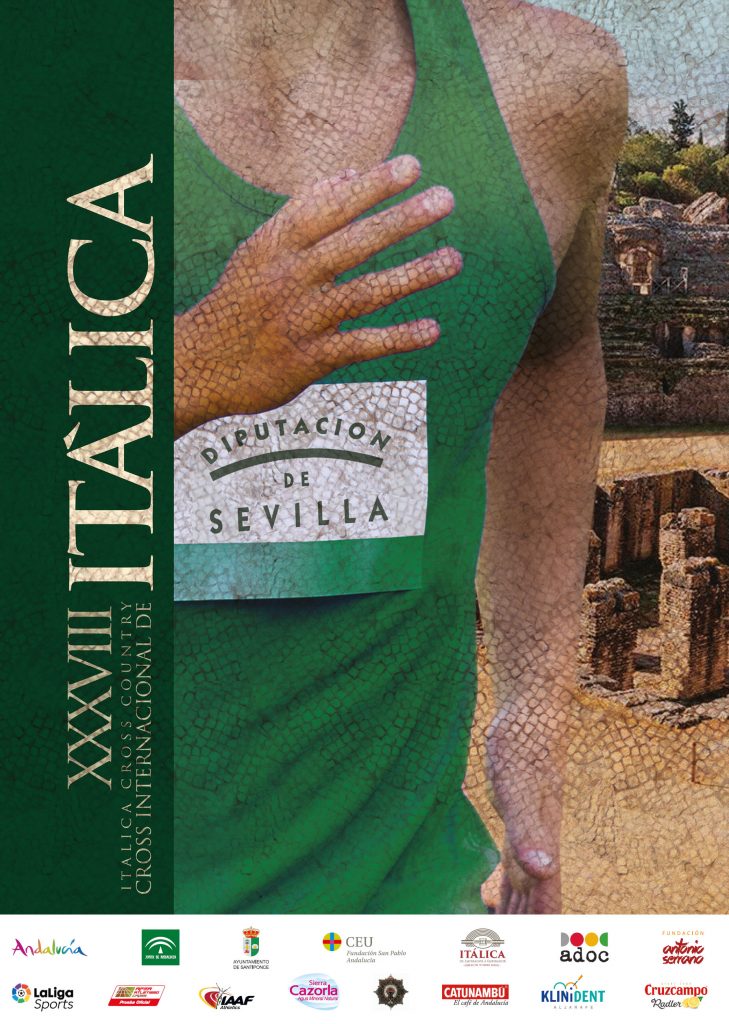 Huge crowds attend the event making for an electric noisy atmosphere. The crowds cheered on as Ethiopia’s 17 year old Tadese Worku upset the form book stealing a march on the rest of his rivals to come home the winner in 27.32 with prerace favourite Chelimo 2nd (27.48). Efrem obviously tired over the latter stages but never gave up finishing an excellent 14th position in a time of 29.34. A superb run from Jayme Rossiter saw him keep a steady pace throughout meaning that as other athletes tired he was going through them like a knife through butter gaining place after place finishing up in a superb 25th (30.16), next in was Cathal Doyle who on the surface suffered a recurrence of blisters but still hung in to finish 32nd (30.36) and with Eoin Taggart also having an excellent day to place 49th (32.16) it proved to be an extremely satisfactory day for the team. 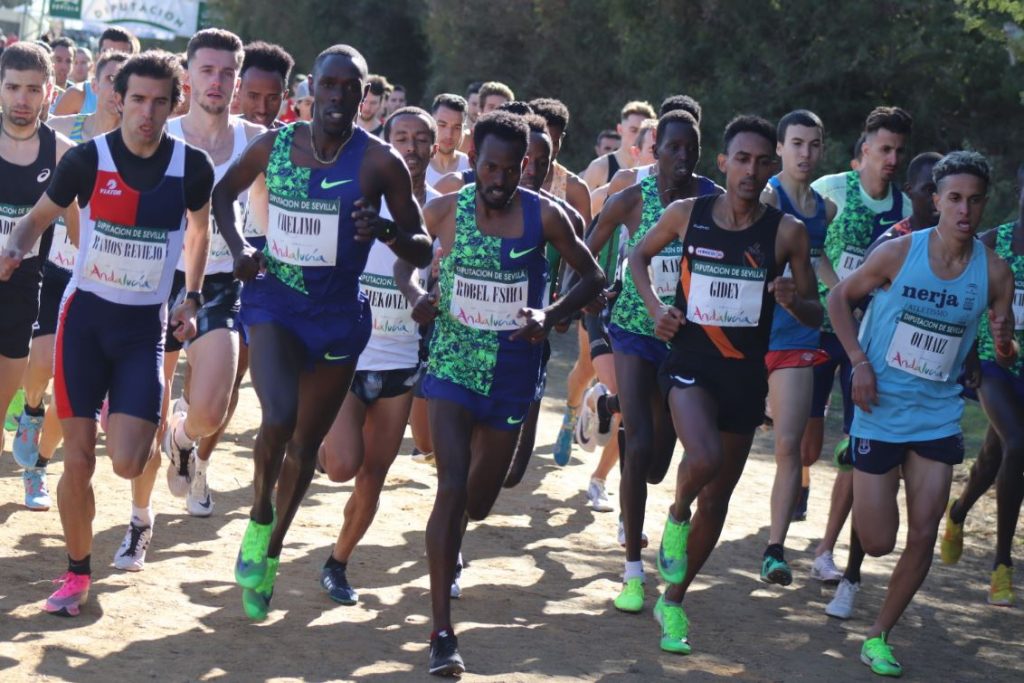 In addition to the senior team there was a large travelling party of Clonliffe athletes competing in the ‘undercard’. First into the fray, literally at sunrise, where the 18 girls getting the Clonliffe Day off to an excellent start with a brilliant run from Aoife Hession placing 13th with Katie Halpin next in placing 19th and Alana Fitzsimons 24th. Interestingly enough the 18 girls race with the 14 boys and the feedback from the Clonliffe athletes was that this kept them running stronger throughout the whole race as there was always an athlete in striking distance.

The 18 boys raced with the U 20 girls, again the feedback from the girls was that it was positive. Niall Carbery was excellent in this race, he got himself into the mix from the start despite a fall on the start line battling his way through the field and remained undeterred when believe it or not he suffered a second fall and again was straight up onto was feet to push himself to a highly impressive 20th place. Very positive runs also from Alex Neuroth 44th and John Lawrence 46th.

Sarah Bateson continued her recent good racing form with another determined run to finish in a brilliant 8th position with Abbie Sheehy also breaking into the top 10, placing 10th. Tess Loftus despite missing several weeks through illness got stuck into the race to finish 18th U/20.

Eighth and ninth places were filled by Clonliffe athletes in the men’s U/20 race. Aaron Cullen ran another quality race to place eighth with the fast finishing Callum Simpson, who had made up so much ground finishing in an excellent 9th position. After months of injury frustration Evan Foster announced that he is back! A fantastic 19th. Next in was another athlete just out of sickbay, Ben Guiden placing 22nd (although the official results described him as ‘retired’ he certainly is not and finished the race!) Alex Murray was next in 27th, a place further back Ian McAlweeney after a race long battle with Thomas Balthazar, Ian 28th and Thomas 30th and 43rd was Dermot Buckley, again in his comeback race after recent injury.

The day’s proceedings also included ‘popular race’, these were basically open races for men and women. Hugely successful they are too with the men’s open race having a field capped at its limit of 1000 starters. The huge army of athletes snaked to cover almost half of the lap and leading the field on lap one (for approximately 200m of glory) was the black and amber vest of Stephen Cashin. Stephen however was swallowed up but finished up very credible 25th, next in was master athlete Declan Power in 36th position (17th master and second M/45), 39th Ryan Sheridan, 46th Daniel Lacey and 53rd (gaining 10 places over the last 100) Jordan Byrne.

The women’s ‘popular race’ was a slightly smaller affair with only 400 starters! At the sharp end of the field were the Clonliffe Quartet with the girls having an outstanding race: Laura Tuite 12th, Alannah Cooley 14th, Clodagh Galvin 32nd and Hannah Browne 59th.

It was a brilliant weekend for the athletes all of whom will benefit hugely from the experience of attending a top-class overseas events like this. All supported their clubmates and did themselves and Clonliffe Harriers proud. (The athletes view of the weekend will be posted in a day or so)