Day 1 of the East Leinsters took place in Morton Stadium on Tuesday. Clonliffe athletes in action in the battle for places in the Leinster track and field finals included Ian McElweaney who placed 3rd in the U/16 mile and book his place. Thomas Baltazer was 6th. Seamus Farrell placed 4th in the inter 1500, Tess Loftus was 6th in the inter girls 1500. In the sprints Mark Kearns also got through to the Leinsters placing 2nd in the inter 100 and success also for Ciaran Gartland as he likewise placed 2nd in the senior 400.

Wednesday and a sun drenched day in Morton Stadium for day 2 of the North Leinsters. Emma McDonnell once again was in winning form as see took the minor 800, with Ella Cooley 7th. In the junior 800 Katie Halpin was 4th, Sarah Bateson 5th and Aoife Hession 7th. Amy Hodson, still on the comeback trail, had a good run in the inter 800 finishing 4th, with Cara Curran Beggs 12th and Rosie 17th. Then in the senior 800 the Cooley girls: Alannah 4th and Cliona 6th.

Daragh Carter was 2nd in the junior boys 800. Race of the day was the inter 800, with a dramatic finish, as Craig Giles got tangled up and hit the track on the home straight, but still managed to get through in 3rd place, Cian Bolger benefited and placed 2nd, a good run also in 5th from Jack Horan. Fintan McManus was 6th in the senior 800.

In the distance races Daniel Lacey was 2nd in the inter 3000 with Jordan Byrne 3rd. Sean O`Leary was a class apart in the senior 5000 taking a very comfortable win. 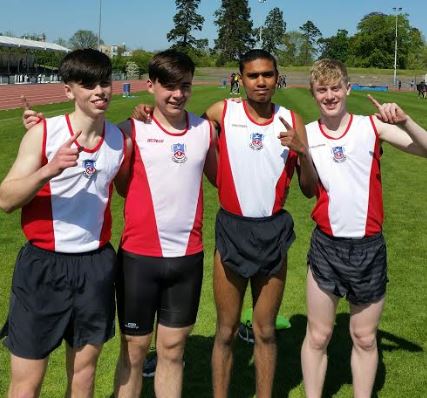 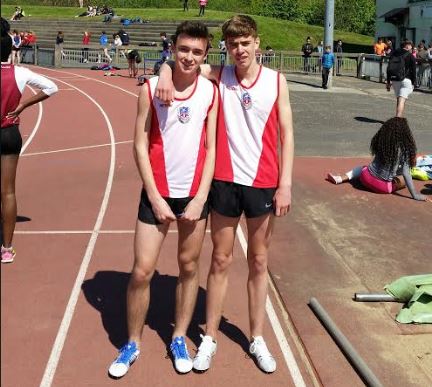 The final qualifier was the East Leinsters Day 2, today, Thursday. Not many Harriers about! Tess Loftus running her first ever 3000 was 3rd in the inter girls race and progresses to the Leinster finals. Ella Brown put in a battling display in the inter 800 placing 4th, but will have another year in inters.

So some fine performances over the course of the week. Time to knuckle down now for a couple of weeks hard training as the Leinsters will be here on May 17th and 20th.