Minister of State for Tourism and Sport, Patrick O’Donovan TD, today launched the Morton Games International Track and Field event at a reception held in Buswells Hotel, Molesworth Street. Ireland’s new European 1500m bronze medallist Ciara Mageean was also in attendance at the launch and will compete in the 800m at the Morton Games, which take place on Friday July 22nd. 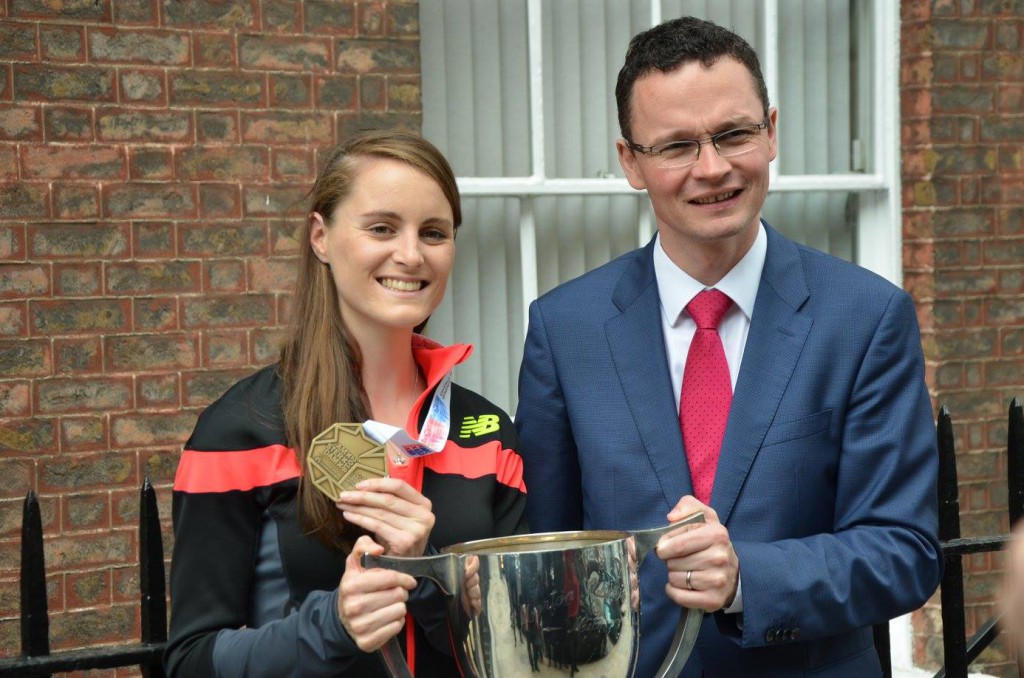 Speaking at the launch Minister O’Donovan said: “Now in its sixth year the Morton Games has well established itself as one of the premier track and field events in the country. I am delighted to be here launching it in the company of Ciara Mageean, Ireland’s latest European Championship medal winner.  The Morton Games is a fantastic opportunity for the Irish public to come and show their support for our athletes and to witness some of Ireland’s top international athletes in action as they compete against athletes from across the globe. It promises to be an exciting night of athletics.  I want to acknowledge the contribution made by all involved in the organisation and running of the Morton Games and I wish them and all of the athletes who are participating, a very successful event.”

Morton Games will also feature Ireland’s men’s 400m team who narrowly missed out on qualification for the Rio Olympics at the European championships on Sunday including Brian Gregan, Craig Lynch and David Gillick.

The Morton Games will commence with a pre programme at 5.30 p.m. with the international athletics commencing at 7 p.m. and concluding with the iconic Morton Mile itself at 9 p.m.  It promises to be an exciting night of sport in the Morton Stadium Santry.