Snezana Bechtina competed in the GloHealth National Combined events in the Morton Stadium over the course of the weekend. In the Heptathlon she finished up after two gruelling days in 4th position.  Snezana scored maximum points in both the 200 – with a time of 25.4 and 800 with a time of 2.23.50.  Her other performances were: 100h 18.8, High Jump 1.43m, Long Jump 4.87m, javelin 18.76m.

Meanwhile on the roads Sean Doran was 5th in the Bothar Na Mbionn 5k in a time of 16.20.

Also over the weekend Emer Treacy ran an 800pb for the Irish Universities in their match with their Scottish counterparts in Kilmarnock, Scotland. 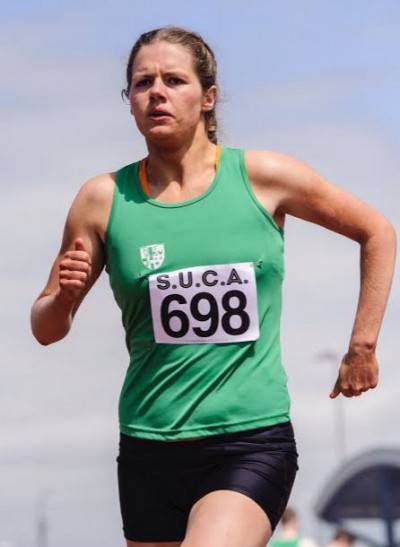