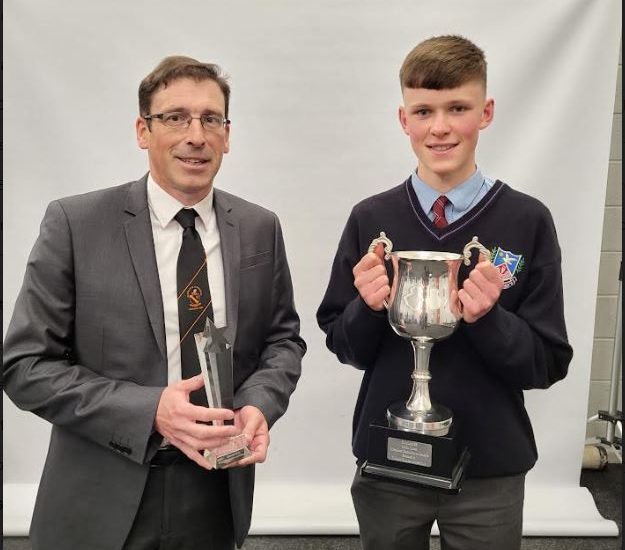 At last night’s annual St Aidan’s CBS awards Clonliffe athlete Sam Murray won the Brother Clarke cup as the school athlete of the year. The award which is sponsored by Clonliffe Harriers was presented to Sam by Clonliffe club secretary Stephen Bateson. Sam won the award in recognition of the outstanding schools year he has had in athletics, despite the season being basically crammed into a five-month period, Sam helped St Aidan’s win the north Leinster schools intermediate cross country in January, he then competed with distinction for the team at the Leinster cross country held in Santry in mid-February and on the track, only last week, won the north Leinster intermediate steeplechase and took silver in the 3000. Also nominated from the club for the award were Jack McDonnell, Tom Breslin and Cillian Keegan.