The highlight over the Christmas period for the lucky members of Mick and Noel’s group is, of course, always the annual outing to the RDS for what some would describe as a Winter Olympic standard round of ice-skating.

The group eagerly trekked across the city for what was as close to a Christmas party as you could possibly get in the Athletics business these days – leave it to a sports club to treat its members to another sports activity, even it is just for fun, for all of their hard work!

When we finally arrived, we were given the chance to grab a bite of lunch, some daring individuals risked their souls, as is becoming some what of a tradition amongst young harriers, on what has previously been described as ” the arm of death “.  Unfortunately, to the dismay of one such harrier ( we won’t name and shame ), we learned the harsh lesson of ” never go on amusement ride without zipping the pockets in which you have money up first “.

It was then finally time to go inside and squeeze our feet into the sweaty, cramped boots and then to “skate” – skate being the operative word.  For some, skating was just too demanding and so clinging to the side rails was punishment enough.  In contrast we had some very stylish and elegant performances from some very top-class skaters, resulting in competition for what is described as the best “dancer” and not simply just a skater. It would in fact appear that in earnest to race around the course the most experienced skaters suffered the most falling, and not those who were holding on for dear life and were exceptionally careful with every move that they made.

After a most exhausting hour on the slippery ice, the group headed back to Santry to enjoy a most deserved gourmet meal at McDonald’s.  A day thoroughly enjoyed by all! 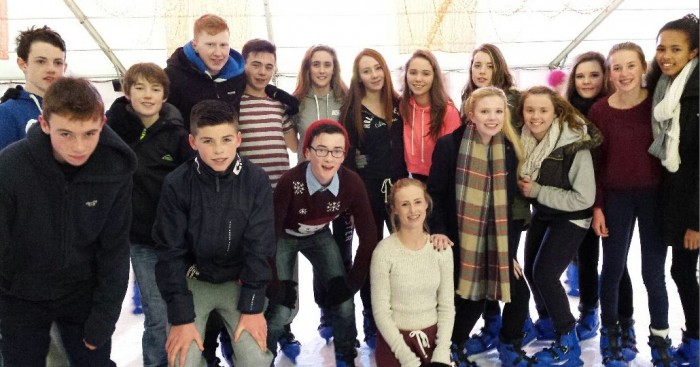 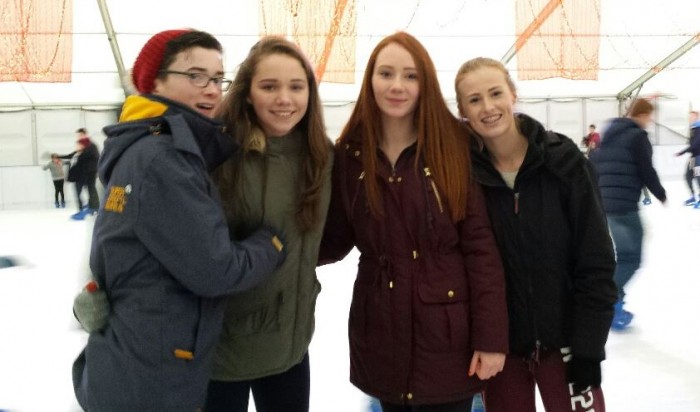 As is customary, the awards are as follows: ( drumroll please )

For the fastest on ice ( a neck and neck tie between ) : Fintan McManus, Alex Hogan and Lauren Carr

For the wonderful “dancing” on ice: Clíona Cooley and Amy Connolly

And, of course, for the last remaining skater on the ice : Aimee McGrath

A special thank you to the coaches for bringing the crew over, standing and watching is almost as hard as the skating itself!!