Shane Rooney: Saturday May 12th saw Pam’s group returning to Ballymum for the second time in a week, but this time it was for celebrations of a different nature.  A group of over 25 finely toned Club athletes got together to surprise Laura McAffee-Baitson’s and congratulate her on her recent nuptials.

Club members will know Laura, and her twin sister Karen, as stalwarts of Pam & Ben’s group, permanently smiling and always going that extra mile to make new members feel welcome. So, it was with immense pleasure and honour for the group to get together to run 5k, eat cake (not at the same time) and celebrate Laura’s marriage to her beloved Paul.

The surprise celebrations kicked off at the local Poppintree Parkrun where the athletes turned up looking extra gorgeous wearing vails, bowties and dressed in black or white, but unfortunately there was no champagne reception. However, despite the lack of bubbles, there were plenty of cheers as the organisers gave the glamorous wedding party a big welcome.  The organisers gave a special mention to Clonliffe Harriers for participating and supporting in the inaugural Ballymun Running Festival.

As the announcements and welcomes came to an end, attention quickly turned to the race and despite pleas of desperation from the bride, the gents refused to carry her around the course. Instead, focus shifted to putting P&Bs training to the test and as people ran to the finish line it was evident that the sessions are paying off.  Team Clonliffe put up and excellent display athleticism taking 6 out of the top 10 places. The first man home, and race winner, was Anto “Danto” Doran, closely followed by Mick Birmingham and in 4th place was Fergal O’Shea.  The ladies, not to be outdone, finished strong and were the first ladies home, led by Elaine McLoughlin, followed by Laura “PB” Kernan and Siobhan Deveney who crossed the line in 6th, 7th and 8th place respectively.

Post-race celebrations moved to a wedding breakfast where all agreed that it was the cheers from Pam, Caroline and Alan and prospect of cake which incentivised many to achieve PBs, including PB’s from the bride and her bridesmaid.  Unfortunately, due to a lack of equipment Evelyn was unable to sing her YoYo song as the first dance, but there is always the post Clonlymics event to look forward to!!

Kudos to all group members for managing to keep the organisation a secret and for not telling the bride, which proved very difficult for some as Laura strikes a remarkable resemblance to another member of the group!!

Until next time, keep digging in folks. Shane. 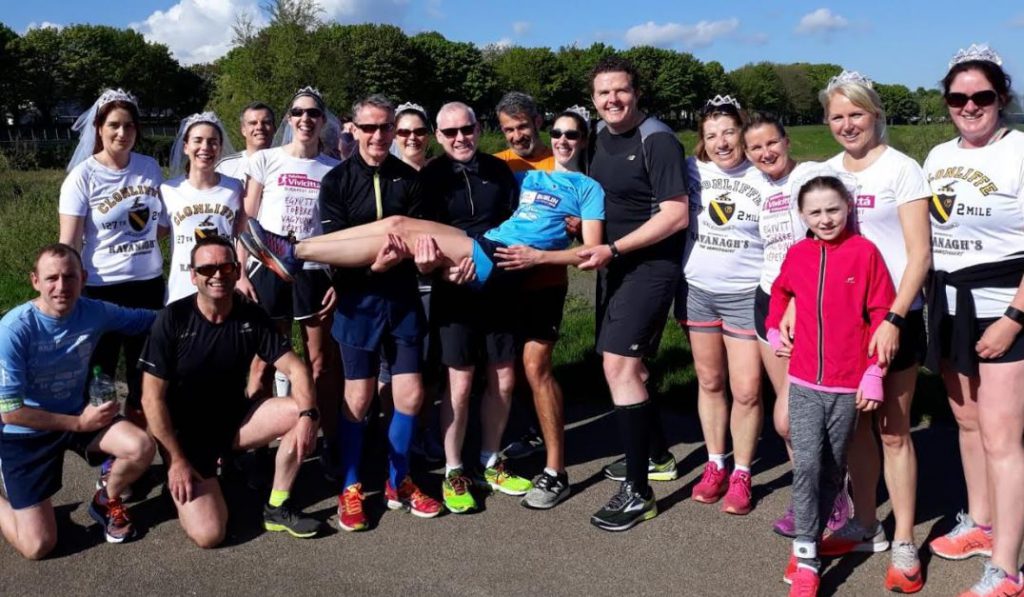 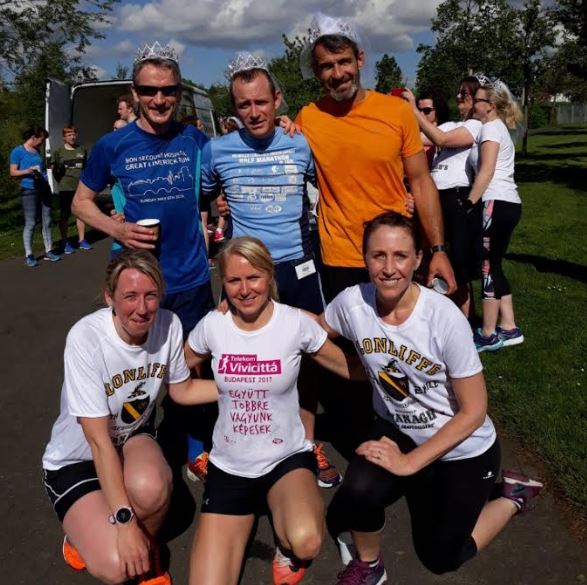