Eoin Murray reports: The 2nd race in the Grand Prix series (3,000m), took place last night, on the track in Santry, in conditions that made racing difficult. Thankfully the wind was not as strong as earlier in the day, and so it did not deter another good turn out of athletes. There were 2 races on the night to cater for the numbers.

In the first race, Johnny Bradley Ward in his customary bolt from the starting line, forged ahead from the start of the first race, going through the 600m in 1min 47secs, setting a strong pace for the rest to follow. Tom Sherlock and Sean Doran were just behind settling themselves for the battle ahead. Tom and Sean were neck and neck throughout the race swapping the lead, with Tom taking the race by the scruff of the neck with 400 metres to go in a decisive move to win in 9.35, with Sean second in 9.37 and Johnny in third spot in 10.01. In the second race, Desie Shorten who went awol for the first race, had a time trial to win by 38 seconds in 10.55 with Bernadette Kiernan second and Rachel Dowling a further second behind in third. 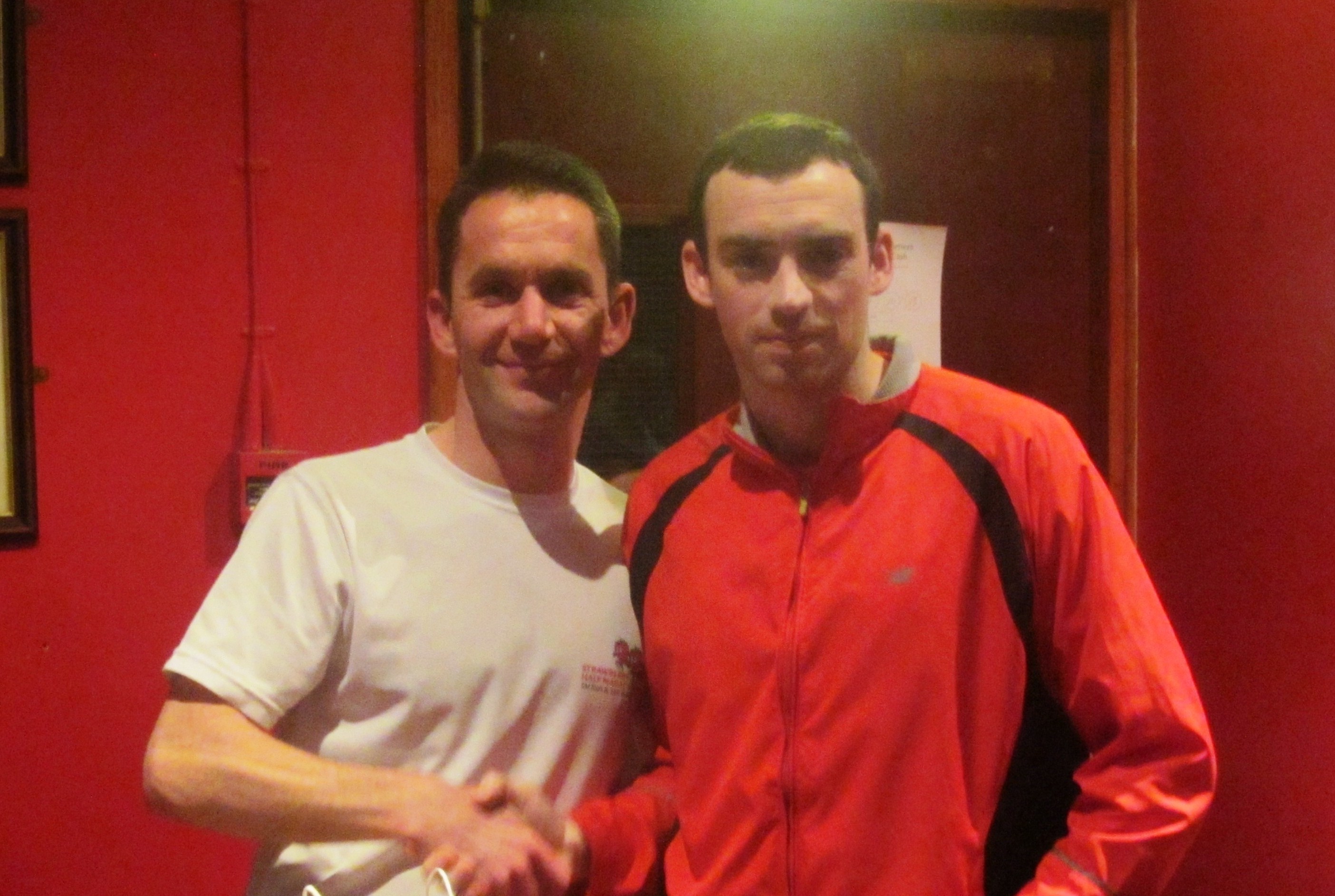 The winner in the handicap was Paddy Devitt, followed in second by Desie Shorten and in third place Sean Doran.

The next race is the 2nd May with the Noel Guiden sponsored mile, note that this was supposed to be on the 9th May. The 4 mile scheduled for that night will be run on the 9th May now instead. In the mile races, the sub 5 minute race will be the last race, sub 6 2nd last etc with the number of races on the night determined by the number of athletes.

Thanks to the numerous officials who turned out on a cold night, and to Mark Bermingham (making a welcome return to racing after injury) for sponsoring the prizes. Thanks also to Caroline & Paddy Tuite for providing the after race refreshments.