Juvenile Captain Gladys Cooper reports: Early this morning the Clonliffe U12 boys, U13 girls, U14 boys and U16 girls  set out for Athlone to compete in the National Juvenile Relay Championship. Most of the athletes had never competed on an indoor track at this level, the excitement was electric! The excitement started off with the U13 girls  coming 3rd in their heat and unfortunately missing out for the final by 0.2seconds. Next up was our U12 boys, getting off to a flying start but sadly they were robbed of a place due to a batton miss hap. Then it was the turn of the U14 boys,  being an inexperienced team they still performed brilliantly. Finally last but not least our wonderful U16 girls team came out of a very competitive race with  bronze medals, this amazing team consisted of Caitlin O`Reilly, Amy Connolly, Lauren Carr and Rebecca Fitzsimons stepping in for an  unwell Caoimahe Reilly. 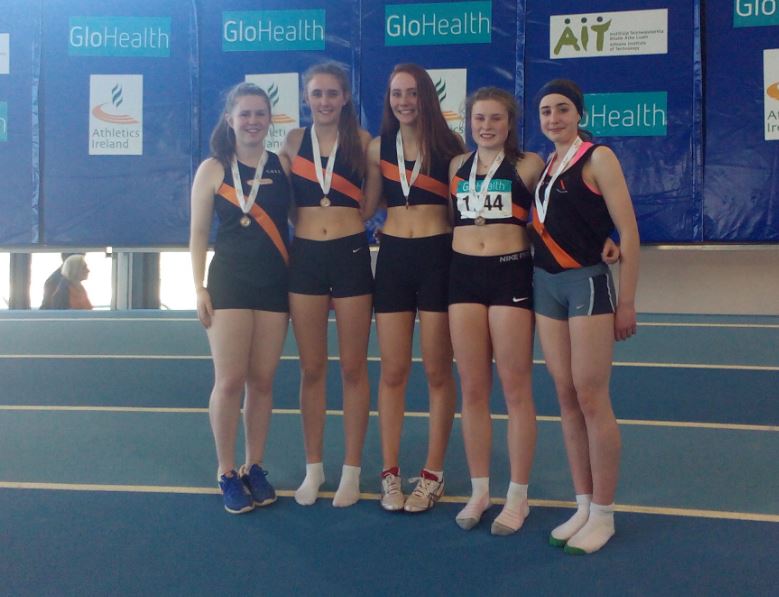 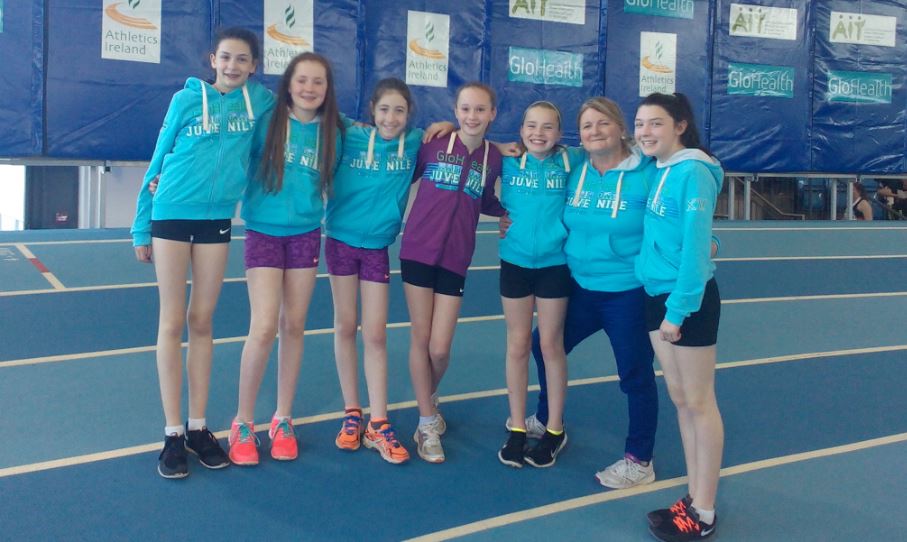 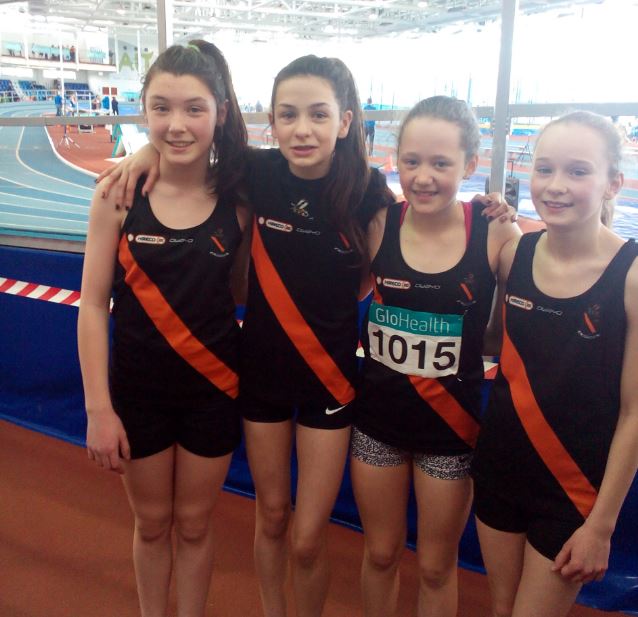 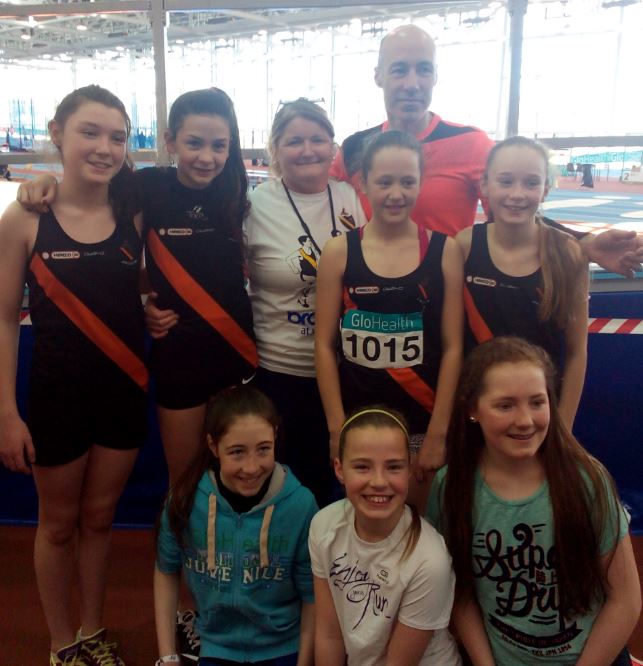