The latest round of the popular Clonliffe Grand Prix Series took place in a cold and windy Morton Stadium tonight. The usual big entry was boosted further by a number of the club`s Junior athletes running tonight, as the entry swelled to some 75, meaning that there were an incredible five races.

Individual race winners tonight included Alan Worrall, and the fastest man in the Grand Prix Tom Sherlock. Tom once again maintaining his 100% record as fastest men with a winning time in race 5 of 4.45. Race 5 was a top class affair as young Sean Carrigg did his best to drive on the pace over the final 800 and enjoyed a shoulder to shoulder burn out with Tom down the final straight as Tom held on to win by a margin of a second. 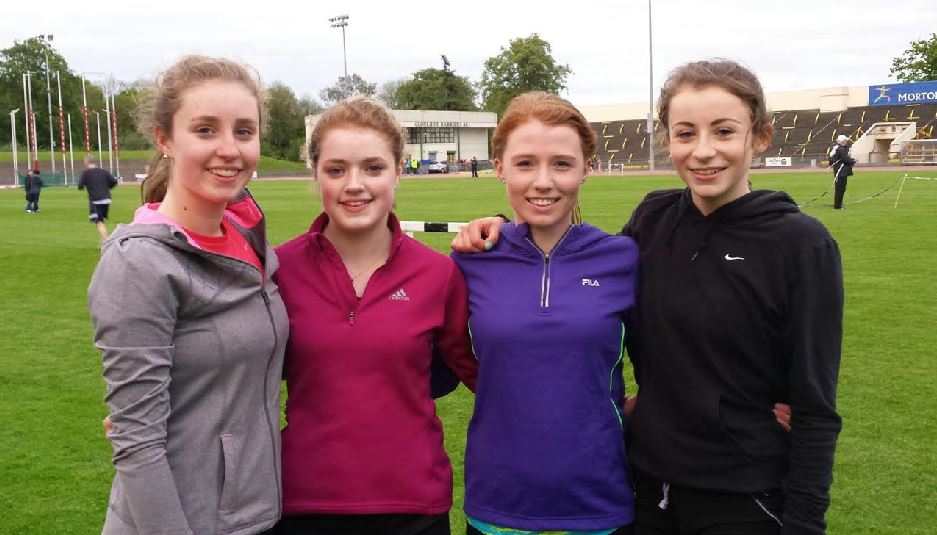 Race 3 featured several of the Clonliffe junior women with a great 4 lap battle to the wire between Alannah Cooley and Laura Tuite where Laura proved the stronger winning in a new club junior record of 5.35.4 with Alannah a fraction behind.