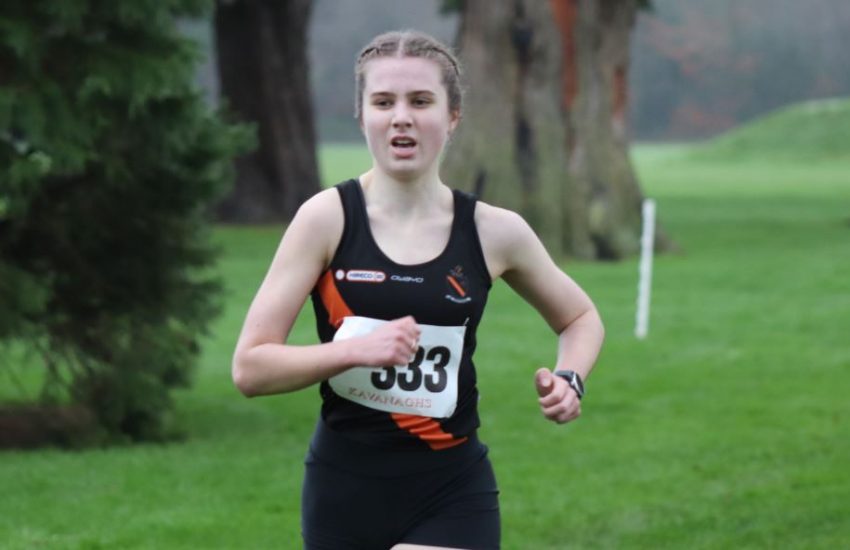 Gerry Carr reports: Day 3 of the Dublin juvenile championships continued in Santry yesterday. With the wind gauge showing minus 6 metres per second at times definitely not a day for fast times. First clonliffe medal of the day won by Naoise Cullen in under 19 400m collecting bronze. Christopher Lynch 6th under 400m under 17 and Jonathan Fitzsimons 5th under 18 400m.Caoimhe Del Bello 7th in under 16 hurdles.Then on to 200m running into the afore mentioned gale. Under 14 200m Sophie Rattigan 4th in heat Sophie Kiernan 3rd in heat Zoe Mulligan 2nd in heat and 5th in final. Seán Sinopluogu 3rd in boys u 14 200m heat. Under 15 girls Ellen Morgan 4th in 200m heat and Rachel Ardiff 5th in her heat both missing out on the final. First gold medal of the day secured by Christopher Lynch on the under 17 high jump. Another gold followed soon after by Jack McDonnell in under 16 High jump. Under 16 200 we had 4 girls make the final with Ava Usanova winning gold with Rebecca Walsh silver. Kate Campbell 5th and Sarah McDonnell 6th in final. I the boys under 16 200m Jaydon Carroll won silver with Jack McDonnell emulating his twin sister Sarah in finishing in 6th place. Apologies for any omissions