Great fun at tonight`s juvenile cake races in the Morton Stadium as the club`s younger athletes brought their 2012 season to a close. There was a fine turn out in all four races and a great dive to the line in the final race of the night as Fintan McManus beat the handicaper to take victory right at the death. In Gladys and Marian`s group the top 3 girls were: 1st Allanah Fizsimons, 2nd Alex Twomey and 3rd Aoife Hession. Boys: 1st Johnaton Fitzsimons, 2nd Dylan Richards, 3rd Michael Coleman. 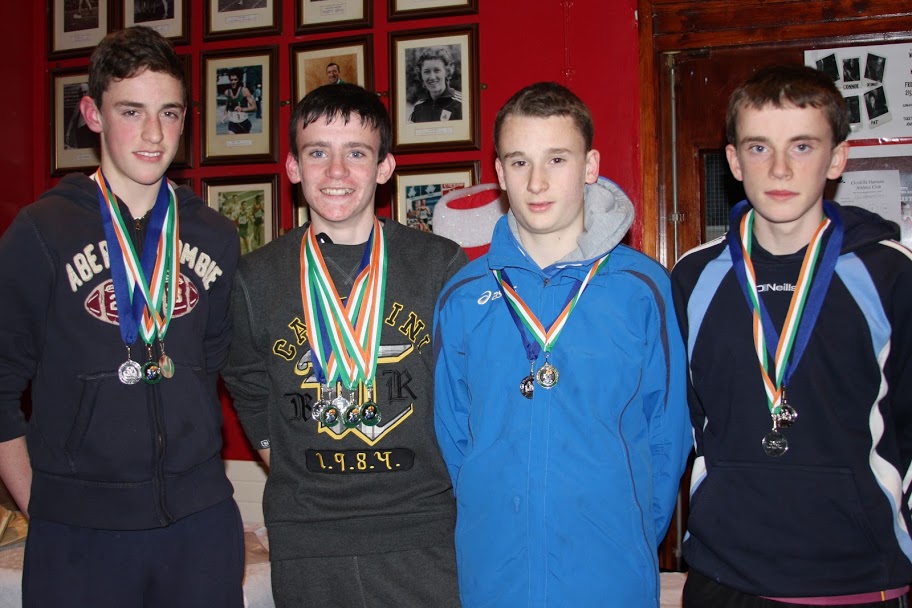 Well done to all our athletes throughout 2012 you are all a credit to Clonliffe Harriers. A big thank you also to Gladys and her team and to Colm Doran who once again sponsored the after race party goodies.