Clonliffe`s Niall Norman was honoured by his school St. Aidans CBS in Whitehall this evening by being named the 2015 Athlete of the Year. Niall was presented with the prestigious Brother Clarke Trophy by Clonliffe Assistant Treasurer, and himself a previous recipient of the award, Mark McDonald. Clonliffe are the sponsor of the award. 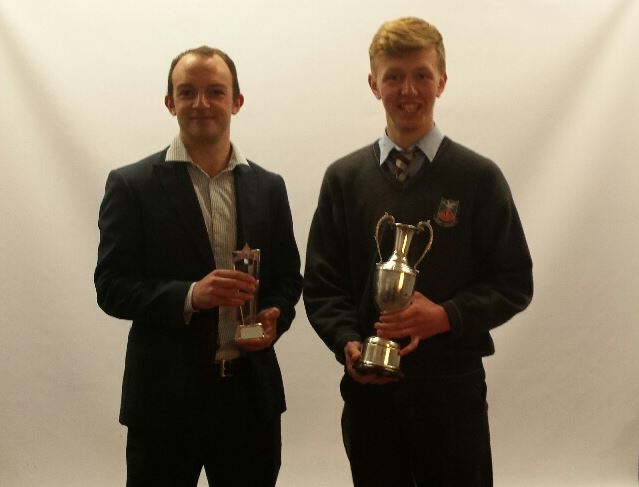 (pictured: Mark McDonald and Athlete of the year Niall Norman)

Clonliffe shot putter Michael Curley, is clearly a great all rounder as he received the Basketball player of the year award.

In a great day for St. Aidans the school was also conferred with, for the second successive year, the Evening Herald Sports School of the year award, at a function in the Aviva Stadium this morning.