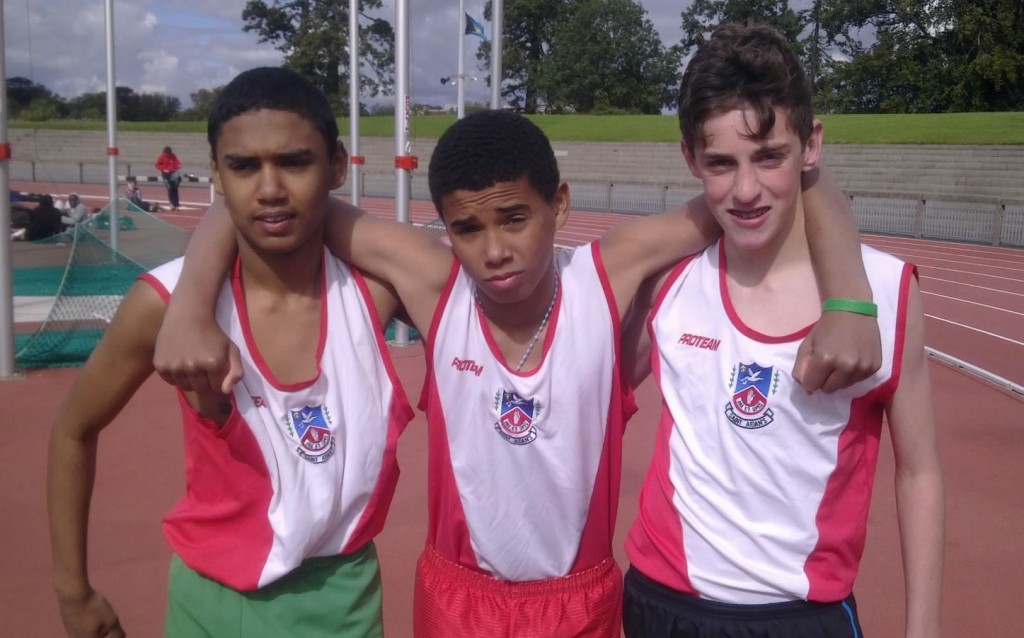 The Leinster Schools athletes season 2012/13 got underway in the Morton Stadium on Wednesday the 19th of September. The Leinster multi events was the season opener, a combined event where the athletes complete on the track in 200m, 800m and hurdles and in the field in long jump, hogh jump and shot. There were a number of Clonliffe athletes in action for St. Aidan’s CBS Whitehall. Top Clonliffe performer on the day was Conor King who finished second in the senior boys combined on a total of 2,777 points. Conor recorded impressive times, in particular in the 800 metres of 2.12.3 to win the 800, he also topped the leader board in the high jump with a best of 1.60, likewise he won the long jump with a best of 5.54m, placed 3rd in the 200 (25.10), 4th in the hurdles (20.20) and was also 2nd in the shot putt (7.97m).

In the junior boys Cathal Doyle had his first outing for his new school St. Aidans finished 10th overall having placed 1st in the 800 in a time of 2.18.3. Other Clonliffe athletes in action included Sean Carig and Greg Hossenny.