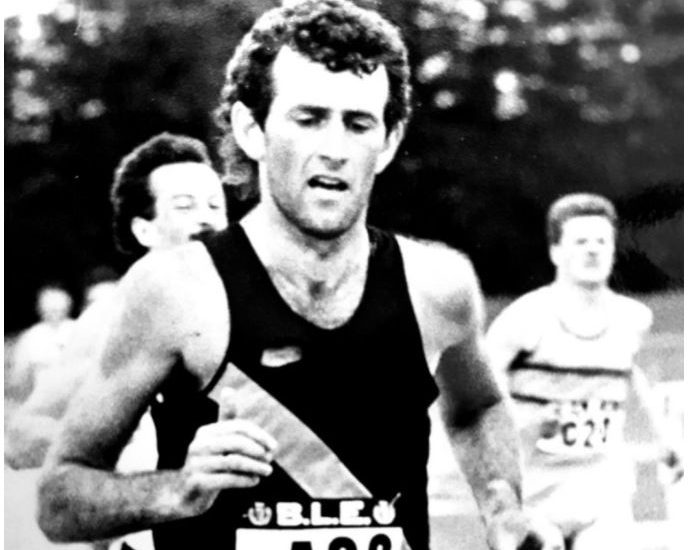 It’s with absolute shock that Clonliffe Harriers have to announce the very sad death last night of 1984 Olympian and Clonliffe Harriers life member Jerry Kiernan. Coming so soon after the passing of Joe Cooper we are numb with grief and sadness.

Jerry Kiernan was an institution! A sub- four minute miler, having ran 3.59.12 in June 1976 he went on to enjoy a stunning career as a distance athlete. On the country he was national cross country champion in Kilmacow in 1984 and won the national senior team title with Clonliffe on an extraordinary eight occasions (1980, 81, 82, 84, 87, 88, 89 and 92). It was however over the classic marathon distance that he made his name winning the Dublin city Marathon on two occasions, 1982 and 92 and of course the pinnacle his outstanding run in the 1984 Los Angela’s Olympic marathon when he placed ninth in a PB of 2.12.20.

In addition to all of this he one of the country’s top coaches, was very much a philosopher and TV athletics expert. He will be greatly missed by his family, club mates, athletes and the athletics family. (Arrangements to be posted)