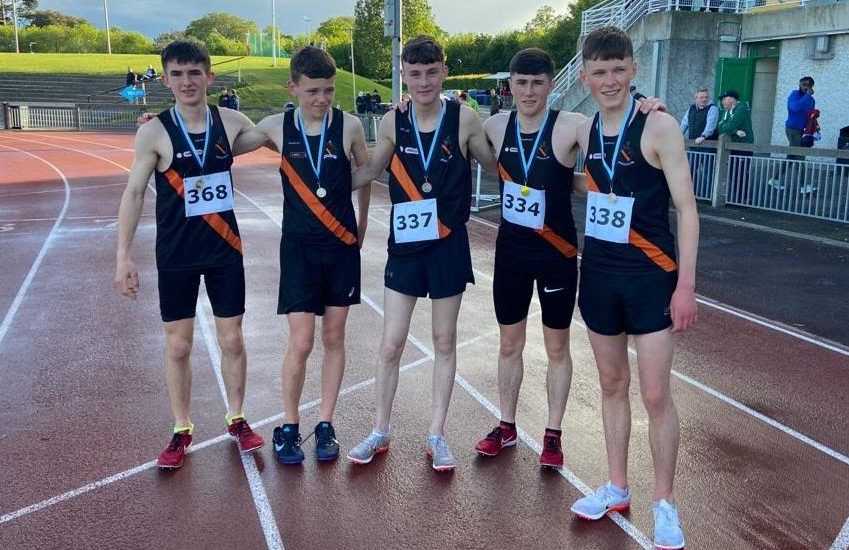 The latest round of the Dublin graded meets took place in Morton Stadium last night. The meet opened with the Dublin juvenile 2000 steeplechase championships. The barrier work which the athletes have been doing under the watchful eye of Stephen Bateson paid off in spades as every member of the group medalled! It was a mixed race, the ‘on the road’ placings where 2nd Sam Murray , 3rd Sean Boyne , 4th Lorcan Benjaca, 5th Cillian Keegan , 9th Tom Breslin . When the championship medals were presented it was Sean who took U/19 gold, Sam U/18 silver, Cillian U/18 bronze, Lorcan U/17 gold and Tom U/17 silver.

In her first outing as a Clonliffe Harrier Grace Casey won the javelin with a 36.55m best.

Earlier in the day also in Morton Stadium Naoise Cullen was 2nd in the senior 800 and 4 x 400 relay at the Community Colleges Championships.