With some real quality International quarter milers on the way to Morton Games the Irish have responded! Most of Ireland`s excellent crop of 400 men have committed to being in Santry in three weeks time. 4x 400 relay squad members Brian Gregan, Dara Kervick, Craig Lynch, Richard Morrissey, Brian Murphy and young Harry Purcell will all be ready to race in the Loki Sports 400. The eagle eyed will have already worked out that unless the Morton Stadium has grown additional lanes then there will be two Loki Sports International 400, and indeed that is so.

For the first time the Morton Games presents two 400s, both packed with Irish and International talent, running consecutively at 8.06 and 8.14pm. Both races will be equal and will threaten the 15 year old Stadium Record of 45.25 of Arnaud Malherbe (RSA).

Morton Games are delighted to confirm the participation in the Loki Sports 400 at Morton Games of Patrick Feeney.

Although born and raised in Indianapolis with a name like Pat Feeney there is clearly Irish blood running through the University of Notre Dame graduate’s veins. Whilst competing for the ‘Fighting Irish’ he enjoyed an excellent collegiate 400 career where he was a 5 time All American.

Since graduating from College his most notable success came on the track at the world famous Penn Relays this year when he ran the anchor leg for the USA in the 4 x 400 relay against the rest of the world. Posting an impressive 44.84 split as he held off a very strong Bahamas team. He enjoyed a very good US Championships in Oregan last weekend where he was a semi-finalist and despite recording 45.80 went out in the semis. With a PB of 45.51, set in May of this year Feeney will be fighting for the win in three weeks time. 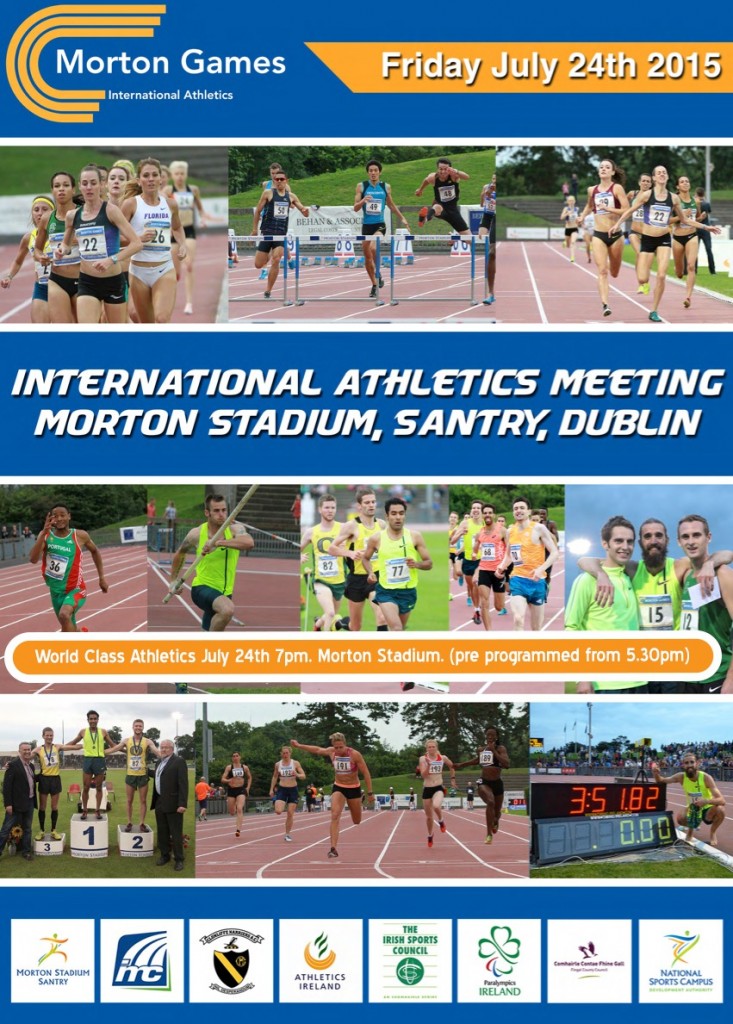 All updates available on www.mortongames.ie